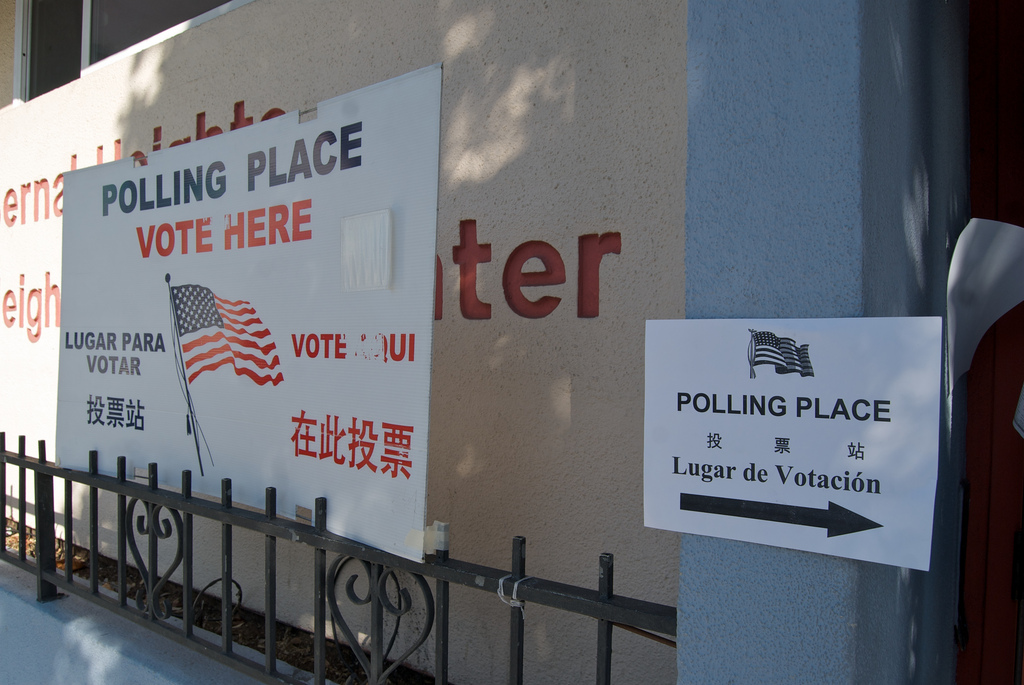 Twenty-four hours after Mitt Romney’s concession speech—as most of America nursed election hangovers, pundits opined on what went wrong for Romney and what’s next for Obama, and Florida continued counting votes—I gained perspective from an unexpected source: Mexico. I was at a hotel in Puebla watching the late-night TV hosts of Tercer Grado (the Third Degree) news commentary show bash the amateurish democratic process of their neighbors to the north.

The first half of the discussion was marked by incredulity at how rickety and amateurish the most-vaunted democracy’s electoral process is in practice. “You’ve got a presidential election, but each and every state can organize it in whatever way it feels like,” said Joaquín López-Dóriga, the Televisa network’s main anchorman from Washington, as if explaining the most exotic customs of a more primitive civilization to viewers and his pundit colleagues back in Mexico City. “And even within states, people may even have to vote in very different ways, as it varies by county.”

When another panelist, Carlos Marín, asked why federal electoral authorities didn’t intervene to impose standards and uniformity, López-Dóriga told the group that in the U.S., there is no federal electoral authority. This revelation was greeted by a moment of shocked silence before the panelists could even begin trying to fathom the mechanics of this decentralized process. But who counts the votes? Who vouches for the legitimacy of the results? Carlos Loret de Mola, another respected journalist on the show, added to the consternation by saying he’d “read somewhere” that the U.S. doesn’t even have federal voter registration rolls, and that there are an estimated two to three million people registered to vote in more than one state.

Confusion about America’s 18th-century electoral patchwork is widespread beyond our borders, as a recent Foreign Policy story about foreign election officials visiting the United States makes clear. On the eve of the election Tuesday, I spoke to a group of visiting Dutch officials. We talked about how the presidential election was only being contested in about a dozen states, given our electoral college. “And are Americans proud of this system?” a woman from Rotterdam’s city government asked me. My answer was some variant of “Um, well, yes, um, and no.”

On Mexico’s Tercer Grado, for a short time, the discussion acquired a smug satisfaction. The panelists gloated over the superiority of Mexico’s electoral process, with its globally admired independent Federal Elections Institute and its sophisticated (and very expensive) universal ID card system (which is seen as uncontroversial, empowering, and franchise-expanding, in sharp contrast to the U.S.), its legions of juror-like citizen poll watchers, and so on and so on.

But then the conversation took an unexpected turn. The fact is, various commentators noted, the American system works. For all its antiquated absurdity (like that strange electoral college and those partisan electoral authorities), the thing works. The Americans put on this bizarre contest with its odd rules, and by the end of the day, without any official referee proclaiming any official results, one side gracefully concedes after the long bitter battle.

Many of the analysts on air aren’t prone to celebrate anything American, and yet Denise Maerker, a popular newspaper columnist, expressed her awe at what she had witnessed Tuesday night. She and several of the others on the show spoke admiringly—with reverence, even—about the role of the media, the accuracy of the polls, and, most of all, Romney’s graceful concession.

It was as if all the Whos down in Whoville had been deprived of all the trappings of a proper 21st-century election, but had still managed to come together to pull it off. Because while they didn’t have the mechanisms that most other countries might deem essential to holding elections, the Whos had one thing no money or legislation could buy: trust in their system and traditions—social cohesion.

Mexico’s electoral system, like that of other countries trying to overcome a less democratic past, is brimming with safeguards. It’s an electoral system designed for societies and democracies characterized by mistrust. And for all its state-of-the-art electoral institutions, the runner-up in Mexico’s last two presidential elections refused to concede graciously the way Mitt Romney did on Tuesday night.

“No amount of safeguards and precision in the system can provide as much trust in the system as having the losers abide by results,” one of the Tercer Grado panelists noted with a sigh.

I grew up in Mexico, but have voted in every U.S. presidential election since turning 18, never twice in the same state. I have partaken in the local electoral mores of Connecticut, California, Texas, Pennsylvania, New York, New Jersey, Washington, D.C., and Virginia. I have been a new voter each time for each of these jurisdictions, rather absurdly, and had to mechanically cast my ballot using five or six different voting technologies. I vaguely recall New Jersey being the most efficient experience, D.C. the most chaotic, Texas the most friendly, and California the most relaxed. But each time I have been struck by the informality and private (meaning no hint of officialdom, but more of a PTA vibe) nature of the exercise.

The flawed, makeshift U.S. electoral system is the kind of system you can only tolerate in a society characterized by trust. It’s the equivalent of keeping your doors unlocked in the good old days. Elections here are volunteer-driven civic rituals that have never had to be professionalized to the same degree as they have been in much of the rest of the world. And even though this is charming and benign for the most part, it’s had its pernicious side too. Certainly African-Americans in the South would have benefited from a federal takeover of elections a century ago.

Even these days the credibility of the system, and our trust in it, has been tested in recent years, never more so than in 2000. Lawyers were on call Tuesday in Ohio and in other swing states to pounce if necessary. And as we’ve seen repeatedly over the last four years, growing segments of our population resist accepting the full legitimacy of many of our elections.

Those trends are worrying. But it took some Mexican pundits to remind me of America’s intangible comparative advantage as a democratic society—trust. Trust we need to cherish and preserve.