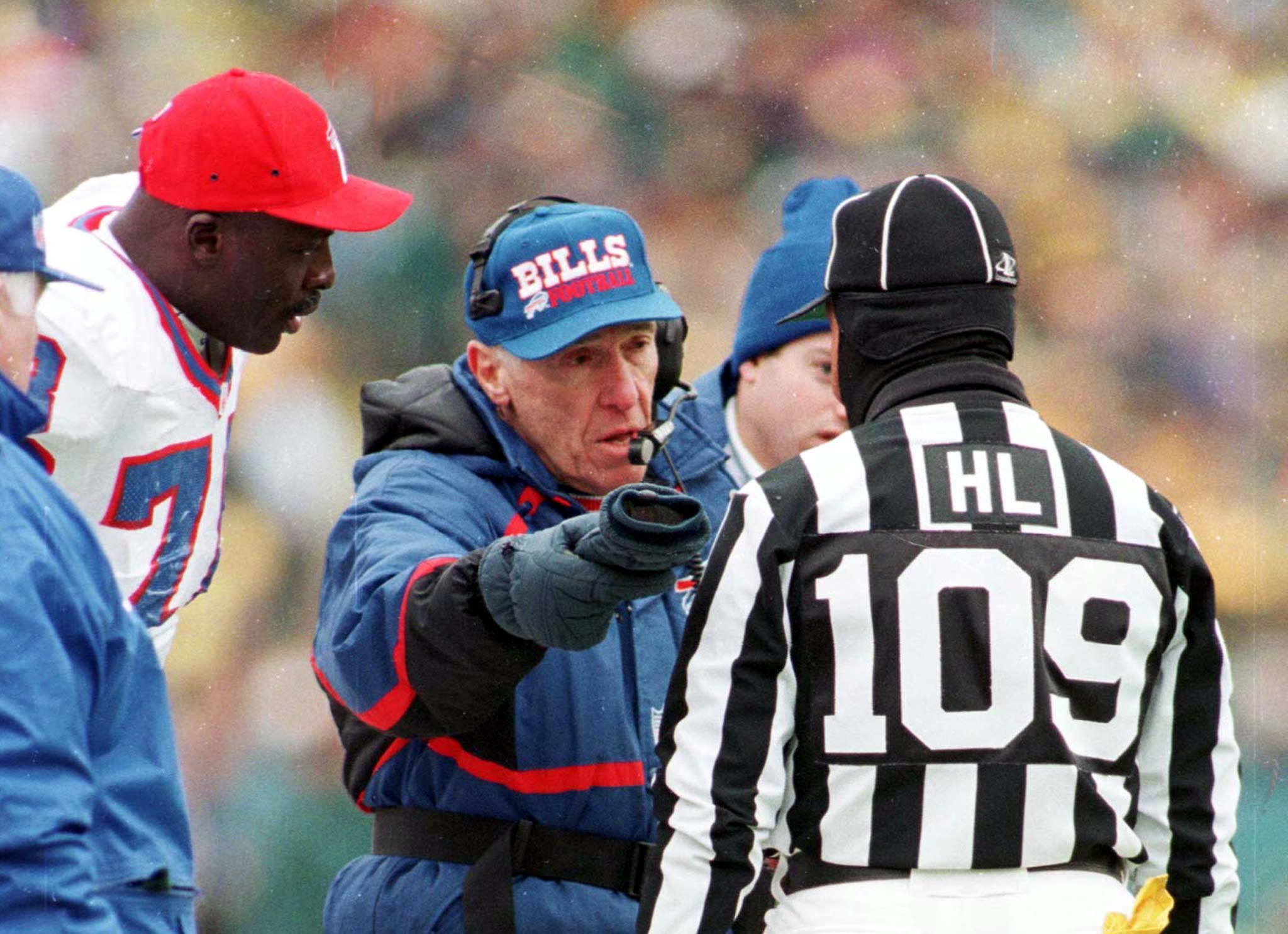 This coming weekend will be thrilling—and potentially heartbreaking—for fans of the Baltimore Ravens, New England Patriots, San Francisco 49ers, and Atlanta Falcons, the four teams vying to advance to Super Bowl XLVII, which will be played on February 3 in New Orleans.

As for me, I haven’t had a thrilling football weekend this millennium. See, I’m a Buffalo Bills fan, so the excitement is all vicarious. The Bills haven’t made the playoffs since 1999, the longest drought of any team in the National Football League. I might as well be living in L.A., without a team. It would be the same, minus the heartbreak. OK, minus the heartbreak and with better weather.

Some experts predicted the Bills’ spell of futility would end this year, after Buffalo courted and signed the star defensive end Mario Williams in the offseason to bolster their porous defense. Like many Bills fans, I believed them, poring over Buffalo’s 2012 schedule and mapping out rosy scenarios: a division title, a first-round bye, a trip to the AFC championship game. It all seemed possible, as it usually does back in August. Not so by Thanksgiving, at which time the Bills were 4-6. They finished the season 6-10, forcing their long-suffering fans to spend yet another January watching other teams compete for the Vince Lombardi trophy.

There’s a silver lining to all this failure for us Bills fans, which is that we’re spared the agony of near-success. Every Buffalo resident and every Bills fan in the diaspora spread across the country still suffers from a collective post-traumatic syndrome resulting from Buffalo’s unique accomplishment in sports history: losing four consecutive Super Bowls in the early 1990s.

Bills fans can all recount in chapter and verse the team’s four consecutive AFC championship game wins. We share, too, an utter disbelief that the football gods would be so cruel as to invite the same team back again, onto the same stage, merely to subject its players and fans to more anguish and heartbreak. Again and again. The most humiliating of the Super Bowl losses was 1993’s 52-17 thrashing by the Dallas Cowboys, a game in which the Bills committed a record nine turnovers. The most excruciating was to the New York Giants—the first in the string of defeats, in 1991—when kicker Scott Norwood’s potential game-winning field goal in the final seconds sailed wide right, a phrase that has haunted western New York ever since.

The glory years were thrilling, if painful. Sports fandom is like that, a form of opt-in social cohesion and identity that almost invariably leads to disappointment. The NFL has 32 teams, and even fans of the Super Bowl losers—the league’s runners-up—end up crushed. That’s a lot of seemingly optional pain. But I can’t overstate the socially binding nature of this camaraderie-in-angst, and how large it can loom in defining shared identities—my Bills passion is one of the longest-running narrative threads in my life. Russians of a certain age may have lived through the Great Patriotic War together, but we Buffalo folk made it through four straight Super Bowl losses together. Yet we somehow survived this, only to endure the Music City Miracle in 2000’s wild card game, when the Tennessee Titans defeated the Bills on a freak kickoff-return-lateral-trick play as time expired. That was the last playoff game Buffalo played.

Don’t get me wrong. Having spent the past 14 years watching the Bills field a succession of embarrassments—teams whose inept quarterbacks and clueless coaches would test even the most loyal fan’s capacity for suffering—I would be lying if I claimed I didn’t miss those glory years of Jim Kelly, Bruce Smith, and Thurman Thomas. But I don’t miss the way they ended—the feeling of crushing loss and dazed stupidity (had I really thought it would end differently?) that came from seeing confetti rain down on someone else’s team once again, while Buffalo’s players scurried off into the losing locker room. The sole consolation after the gut-wrenching loss to the Giants in 1991 was that the Bills were a young, supremely talented team that would surely make its way back to the Super Bowl and emerge victorious. Make their way back they did, only to wilt and implode in ways that deepened the fatalism of their angst-ridden supporters, who eventually came to realize the football gods were, in fact, this cruel—at least to fans from Buffalo.

For years after those losses, I approached Super Bowl Sunday in a state of mild dread, knowing the moment would come when the game would end and another champion would be crowned, teams I firmly believed were less talented—but also, alas, less cursed—than the Marv Levy-coached Bills. My ideal Super Bowl would have been for both teams to lose, denying fans on both sides the feeling of rapturous triumph that we in Buffalo could only dream about.

Dull though it has been, the Bills’ prolonged absence from the playoffs has done much to leaven this ungenerous impulse. It has reminded me what the Super Bowl can be for less haunted spectators: an entertaining, high-stakes sporting event, to be enjoyed rather than suffered through. It has also enabled me to root for other teams on the basis of more enlightened, less narrowly self-serving reasons. For myself and, I suspect, many Bills fans, this means pulling for other mishap-prone underdogs. It means cheering for teams from smaller, cold-weather markets—ideally, from the Rustbelt—whose fans do not all look like tanned corporate executives.

And, of course, it means rooting against teams that have made a regular habit of pummeling the Bills. No team has done this more in the past decade than our division rivals, the New England Patriots, which is why it was thrilling and cathartic to watch Super Bowl XLII, in 2008, when the heavily favored, previously unbeaten Patriots were stunned, 17-14, after Eli Manning engineered a miraculous, last-minute touchdown drive. The game didn’t quite exorcise the ghost of Scott Norwood—the first team that defeated the Patriots in the Super Bowl was, after all, the Giants—but it proved that the football gods are sometimes merciless and unsparing even to those they seem to have blessed. Even to Tom Brady, the Patriots’ cool, unflappable quarterback married to the Brazilian supermodel who is reviled by many Bills fans mainly for his unfailing ability to torment us. Last year, he led his team to the Super Bowl again, where they once again lost in heartbreaking fashion to the Giants.

I’m aware the Bills’ absence from the playoffs will not last forever. One day, Tom Brady will retire. The Bills will draft a quarterback who is actually qualified to play the position at the NFL level. Sooner or later, that wild card berth or division title will materialize. When this happens, I’ll begin bracing for the pain. Meanwhile, this weekend, I’ll be enjoying the games unburdened by anguish—and rooting against the Patriots.