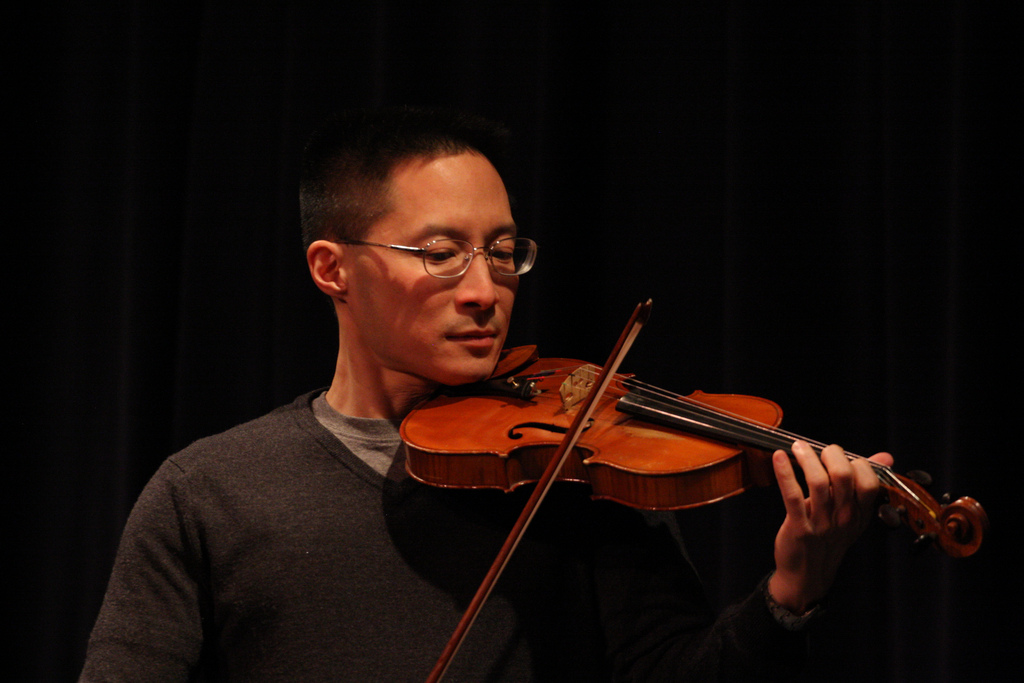 Eric Liu is an author, educator, and civic entrepreneur. But in his one-man show, Citizen Who, he is also a storyteller, a violin player, and an actor who embodies the lives, disappointments, and dreams of a diverse group of people in order to explore basic notions about what it means to be an American.

The second performance of Citizen Who, which Liu wrote and produced as part of his fellowship at the Center for Social Cohesion at Arizona State University, took place in front of a full house at the Stage 2 Theater at the Scottsdale Center for the Performing Arts. As with Liu’s debut performance, the show interspersed monologues with moments of audience participation. At the very beginning of the show, the crowd stood to take the U.S. naturalization oath. At the start of each of five acts, they were asked to discuss and answer some of the questions that appear on the citizenship exam. “Where is the Statue of Liberty?” garnered a roomful of raised hands. “What is the rule of law?” brought on giggles and conversation but far fewer people clamoring to answer.

Liu tells the stories of several Americans whom he’s met and interviewed and also tells his own story—a story of growing up American in New York but admiring his grandfather, who helped lead the Chinese Air Force; being nicknamed “Glasses” in the Marine Corps Officer Training School; and going into, then getting out of, politics.

One of Liu’s stories belongs to Gerda Weissmann Klein, a Holocaust survivor and founder of Citizenship Counts, an organization devoted to civic education and promoting pride in U.S. citizenship. Klein, a friend and colleague of Liu’s, was in the audience watching the performance for the first time. With tears in her eyes, she said she was thrilled to hear Liu embody her dreams and to act as “messenger … for the love of the country I have.”

Lattie Coor, chairman and CEO of the Center for the Future of Arizona, has heard Liu talk about citizenship and immigration before. Yet he felt the setting and format gave Liu’s message a different type of power. “It’s a pretty gutsy thing to take so much personal identity” and to put it into a one-man show, he said. “It’s quite remarkable.”

But as much as they were bolstered by the audience response, Liu and Zoey Cane Belyea, who is the performance facilitator, feel that Citizen Who continues to evolve. This second performance was significantly shorter and tighter than the debut, and they agreed the new version worked well. But they also want to continue to deepen the program. “We found our feet, so it’s easier to see where we want to go next,” said Belyea.

At the reception after the performance, Liu was surrounded by audience members who wanted to tell him their own stories and to ask questions about the work. He felt this was a tribute to the format of the evening. “When you make points in pure argument form, it can stimulate intellect but not necessarily move people,” Liu said. “But when you make points via story, people lean in and find themselves in that story and connect in a way that is stickier.” 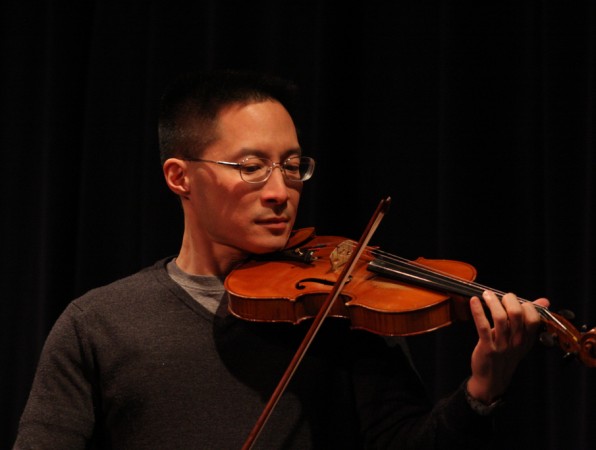 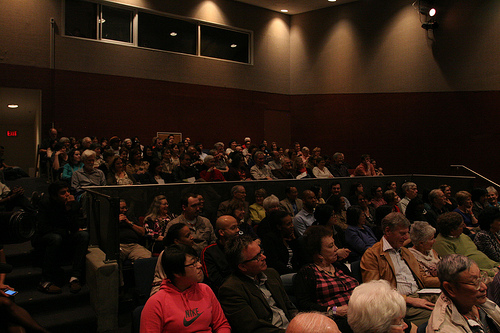 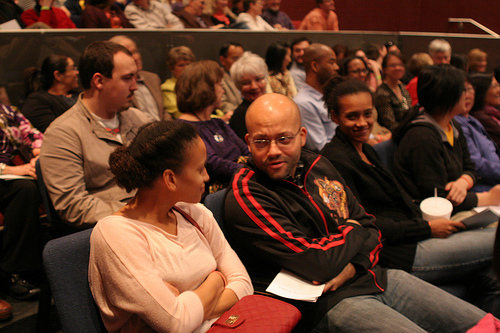 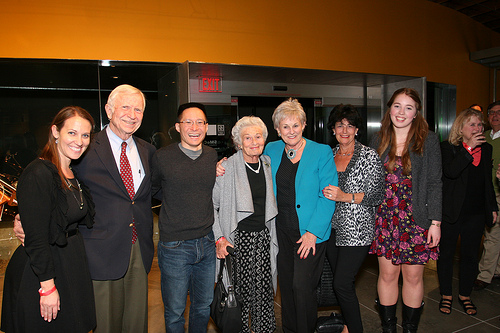 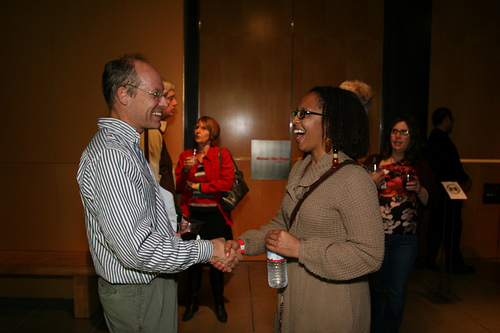 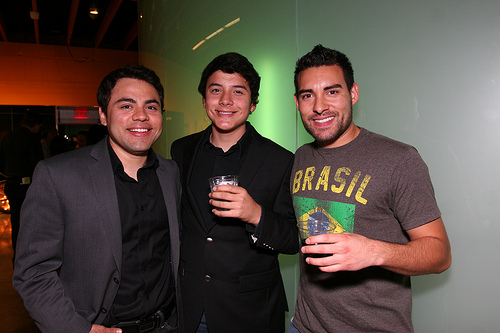