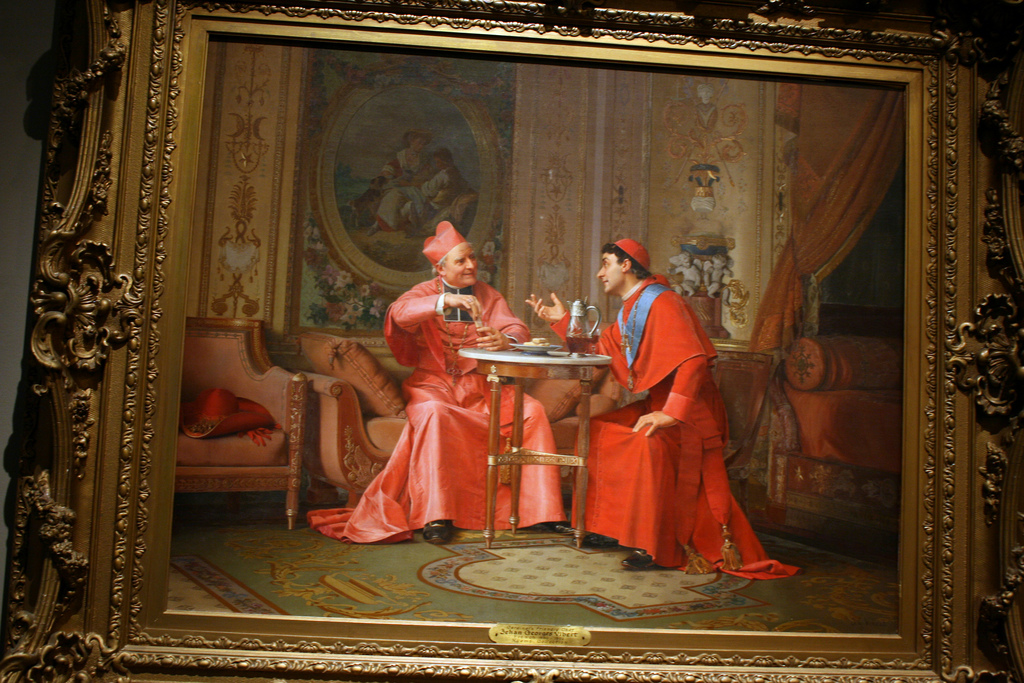 To: The College of Cardinals

Re: Designing a Smarter Conclave

I’m not a cardinal or a Catholic. And I’m from California, so I don’t spend a lot of time at the Vatican. But as a professional designer and facilitator of conversations, I can tell from reports that your conclave this week will be an enormous missed opportunity.

Your church is in crisis, and it needs both an extraordinary leader and a clear vision. But the process and rules you use, despite the wonderful ceremonies (everyone loves the white smoke), are not set up to produce either such a leader or such a vision.

Some 117 voting-age cardinals are gathering in Rome, and they will hear and give long addresses on religious matters. But these are not the deep, productive conversations that could give the church a better future. And you don’t know each other well; according to The New York Times, two-thirds of the cardinal electors do not live in Rome.

Decades of research in the fields of organization development, management science, and strategy offer many paths to build a better conclave. Call it silly if you wish, but even churches need to have meetings about management and vision. To give you a sense of what’s possible, let me offer you a plan for a better conclave. I’d be happy to facilitate for you—if you were inclined to let a woman who lives in San Francisco lead your deliberations.

Much of the work you need to do could be completed in about a week’s time, before you begin the formal voting in the Sistine Chapel.

The first day would be devoted to relationship-building among the cardinals. We’d break the 117 into small groups of three or four cardinals each. They would gather around tables, and engage in storytelling exercises. We could begin by asking each cardinal to tell the others in the small group about a big challenge he faced in the past, and how he overcame it. This should be a natural. All people, especially priests, enjoy telling stories—and listening to stories—and this is a great way for people to get to know each other. I’d suggest six rounds of different questions, to elicit different stories and different ways of getting to know one another. (One good question, for instance, would be to ask the cardinals to talk about an incident from childhood that still affects them today). People would leave feeling more confident in one another, more confident in themselves, and more confident in their collective ability to make a good choice.

On the second day, the cardinals should engage in a “visioning” process. Research has found that the best way to create a future that you want is to envision it, to spend time imagining it, being in it, and talking about it. So imagine that it is the year 2025. What do you see in the world? How has the church evolved?

I’ve done this exercise with many groups of people who are divided. And it is always a wonderful moment when people hear one another’s visions of the future—and discover to their pleasant surprise that even people who are very different from them, or who might be their rivals for a resource or a job (or even the Papacy), have very similar visions of the future they want. We have more in common than we think.

With all those red caps nodding in agreement, we’d have them pivot into a process called the World Café. Groups of six to eight cardinals from the same region— Europe, North and South America, Africa, and Asia—would sit around tables. And we’d ask the same questions—where has Catholicism been growing or shrinking and why?

After about an hour, I’d rotate all but two people from each table to other places, creating a mix of regions. The discussion would be the same, but the players in the conversation would change. This technique works. (I used it last week to help the top 60 people in a U.S.-based company have a conversation about employee retention.)

I’d use the same method to address numerous major issues within Catholicism. The cardinals would decide which problems to discuss by shouting out issues and writing them down on flip charts. Then they’d vote on which issues to tackle by standing up and putting stickers next to the ones that most interested them. You could have up to 14 tables, including an evangelism table, a Vatican administration table, a finances table, and a sexual abuse crisis table, with cardinals rotating between them. Who knows what insight a cardinal might bring to the sexual abuse crisis issue after having just participated in a discussion at the administration table?

Then it’d be time to step back and go a little deeper. I’d do a little tutorial on how the results we get, both as organizations and individuals, are a direct result of how we behave, which is a result of how we think. I’d ask them to reflect on the mindsets and behaviors that have created the church to date. What do we want more or less of in the future?

Wake up, Cardinals. That’s the end of Day 3. The final two days we have together would be devoted to what is called scenario thinking, a structured process to help the group imagine different ways in which the future of the church could play out, so that they can more accurately answer the question, “What are our criteria for choosing the next pope?”

Here we would go much further out into the future, 50 to 100 years, to answer a question such as, “How does the church adjust to the new realities of the world and thrive?” (By the way, I’d be open to increasing the number of years. The Smithsonian once did a visioning process with a 500-year outlook.)

We’d start by asking cardinals to list major trends that could affect the church in five different areas: social, technological, environmental, economic, and political. As facilitator, I’d also press the cardinals to identify uncertainties about the future. It would be important for the cardinals to think out of the box (or out of the ambry) and identify low-probability, high-impact future events that could change the direction of the church. Organizations typically don’t plan for such things, but if you do plan for them, you can turn crisis into opportunity. In fact, the worst-case scenario often inspires the most innovative thinking. When the debate shifts from “What is going to happen?” (we can’t know) to “What might happen—and how can we prepare for that?”, it allows for much more nuanced thinking about the future. Scenario thinking helps people think with less fear and more creativity about what is needed, and that also helps when you’re picking a pope.

We’d close the week by returning to visioning for an hour or so. After thinking about the future, the cardinals would be seated in one giant circle and talk as they had back in Day 2 about their vision of the church in the future. As facilitator, I wouldn’t aspire to produce unanimity among the cardinals. But these conversations would produce greater understanding and deeper thinking.

The entire process would also be a great audition for the new pope. The cardinals would get to see who’s a good listener, who’s a good communicator, who tries to dominate, and who’s the more sophisticated thinker, able to dance with paradox and uncertainty. Only after all of this would the cardinals go into the formal conclave and vote.

I know what I have outlined as The Plan is a tall order, so if the cardinals are only able to make one change this year, here is what I’d recommend: Conclave voting is anonymous—you write down a name and the vote is burned. But the cardinals should also be asked to write down one reason why they are choosing that person. If cardinals were able to understand why their colleagues were voting in some particular way, alignment could be reached more quickly.

I still think the Cardinals should try my more elaborate plan. It would let them focus not only on the narrow question of choosing Christ’s vicar on earth but also on the broader, complex issues facing the church. With any luck, everyone, including the new pope, would get so much out of the process that they would choose to expand the conversation beyond the priesthood—all the way to parishioners. If so, I’m ready to help.