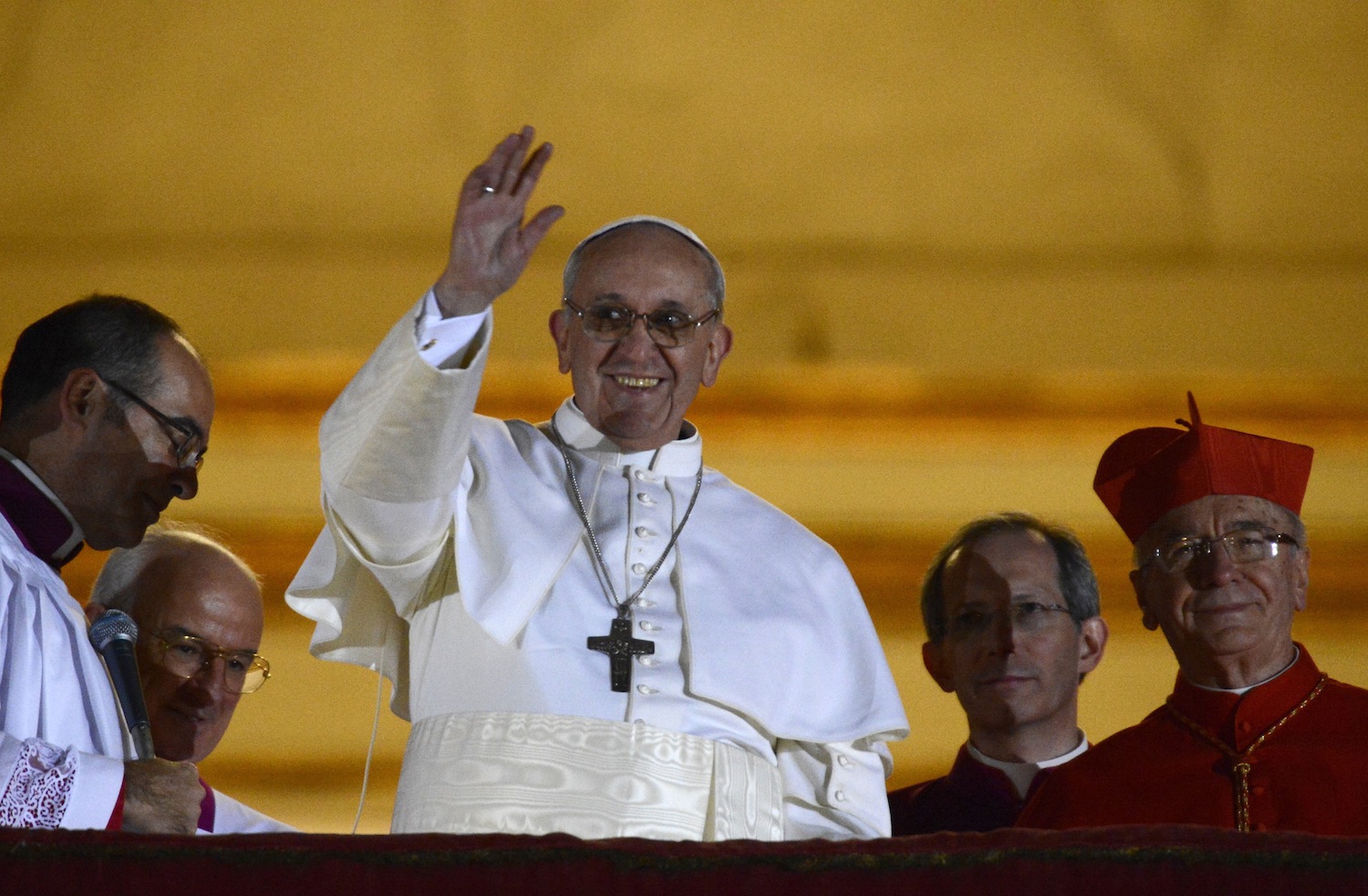 The new pope is a Jesuit! The first ever. That’s quite good (and surprising) news for the Society of Jesus, but more importantly for the church. And what a name! The decision by Cardinal Jorge Mario Bergoglio of Buenos Aires to take the name Francis is rich in symbolism. The new pope chose to recognize the transformative spirit of the little saint from Assisi who left his privileged background to live in evangelical poverty. If Pope Francis, 76 years young and the first pope in more than 1,000 years to hail from a non-European land, has as much success in winning followers as did St. Francis (1181-1226), who revitalized the church in the 13th century, he will have made incalculable contributions to the church for hundreds of years.

Jesuits are often seen as being the liberal wing of the Catholic church, but in truth our political and theological views run from one end of the ideological spectrum to the other. The old joke goes that if there are three Jesuits in the room, there are at least seven obstinate and loudly defended opinions. Where Jesuits are united is in their love for the people of God and in their grounding in what are known as St. Ignatius’ Spiritual Exercises, a set of prayers, meditations, and exercises carried out over a period of roughly a month.

The Spiritual Exercises of St. Ignatius are quite familiar to Pope Francis. They are the foundational experience of his life, and he has given the Exercises to young men entering the Jesuit order. Separated into four stages, or “weeks,” the Exercises lead a person to pray over God’s love and the wonders of creation. Each person making the Exercises ponders God’s concern for him or her and how he or she has made use of all God has given us. The process often reveals aspects of oneself that need ordering, or reformatting, to rid oneself of selfish and sinful tendencies. In the second, third, and fourth weeks, one contemplates the scenes of Jesus’ life, the crucifixion, and the joy of the resurrection and birth of the church. The result—as so many of us have found—is an abiding love for Jesus and an energy and desire to serve others.

The new pope’s fellow cardinals seem to have sensed that love and energy for many years now. Some reports indicate that Bergoglio was the runner-up in the election that named Pope Benedict XVI, even if many Vatican watchers missed him and focused instead on others. It just proves once again the old adage, “He who goes into the conclave a Pope, comes out a Cardinal.”

Pope Francis will not shake up tradition in the areas that receive particular attention from the public and the press. He opposes abortion and euthanasia. He reportedly upholds the church’s teaching on homosexuality, but, along with the Catechism of the Church, teaches that homosexuals are to be treated with compassion, sensitivity, and respect. He sounds something like Dorothy Day, the founder of the Catholic Worker movement, who was known to be conservative on matters of church doctrine and liberal on matters of social justice.

Francis I is renowned for being a humble and simple man. He takes the bus in Rome rather than limos. He lives in a small apartment and does his own cooking. He chastised priests who refrained from baptizing the babies of persons afflicted with AIDS. As he was introduced to the world, he asked the assembled crowd in St. Peter’s to pause for a moment of silent prayer—so I expect he listens: the words “silent” and “listen” are spelled with the same letters. Let us take a moment these days to listen—and to pray for our new Holy Father. May he receive the graces he needs to lead our complex and consoling church into the 21st century.