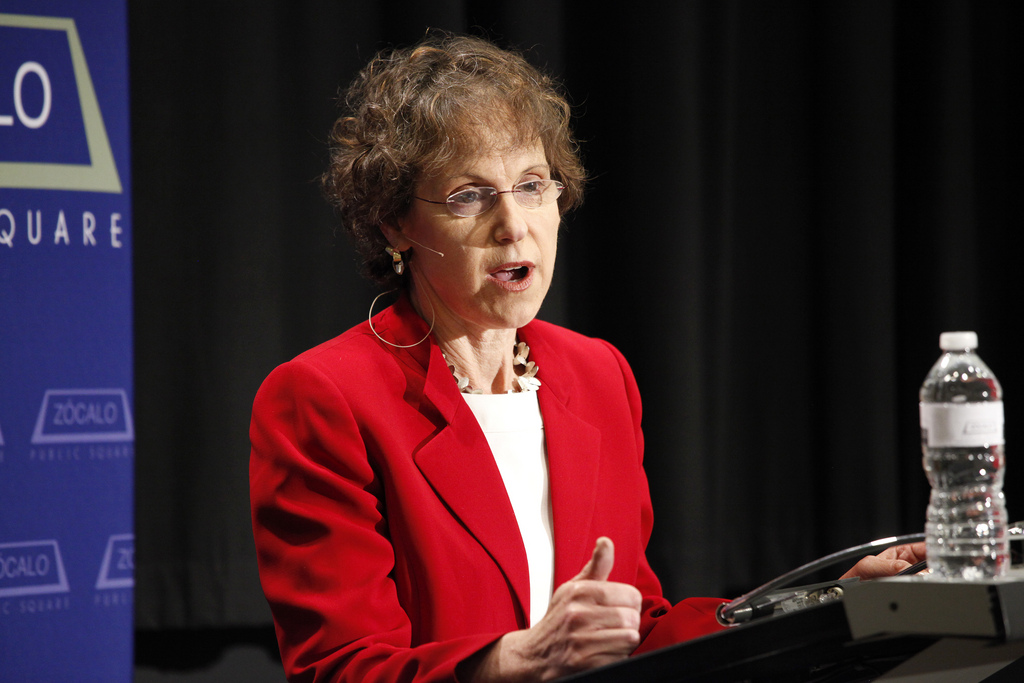 In the wake of our most recent financial crisis, Stanford University economist Anat Admati, coauthor of The Bankers’ New Clothes: What’s Wrong with Banking and What to Do About It, listened carefully to the debates and arguments and discussions about what had gone wrong and what should be done.

“Everybody seemed to have a story they liked to tell about what went on and what to do, and they had it all figured out,” she told a standing-room-only crowd at the Goethe-Institut Los Angeles. At the same time, there was very little inclination on the part of the policymakers or banking executives to actually engage in discussion. “The narrative worked—for them,” she said.

The people at the top wanted the rest of the country to think that banking’s complicated—that we should leave it to the experts. “It’s not that hard,” said Admati. “It’s not rocket science.”

The problem, she said, is that our banking system is inefficient and exposes our economy to unnecessary risks. And these risks are the result of a system built on too much debt. If you look at banks as borrowers—as more like people who take on a lot of debt—you can find the key to understanding the problem with our financial system: our banks are addicted to borrowing, and our system feeds and enables that addiction.

Banks are unique in our economy for the levels at which they borrow; no other corporation—no other individual—borrows as much as U.S. banks do. Other corporations, like tech companies, ask investors to give them money to invest instead of going into debt. But for the banks, “our deposits are their debt,” said Admati.

Admati pointed to Cyprus as an example, abroad, of banks falling short after taking on too much risk. Cypriot banks promised people 4-5 percent above market rates—in 2008, Cyprus gave better return than Germany. Promising rates like these means taking on risks, and when the risks don’t work, the people whom the banks have borrowed from lose.

How can we fight our banks’ addiction to debt? Admati suggested that we make banks borrow less, or back up their borrowed funds not with government guarantees but with investors who buy into the banks in exchange for shares. That way, what investors are willing to pay—the market—will determine what the banks are worth.

This would be a sharp contrast to the state of U.S. financial reform today, said Admati. With our current lack of regulation and reform, she said, “The banks themselves wouldn’t lend to somebody as dangerous as they are.”

But banking reform is complicated by complex politics. One example of the argument made by politicians and bankers against new regulation is that over-regulating U.S. banks will prevent them from competing with less-regulated European banks. But that ignores every other aspect of global economic competition, said Admati. After all, the banks in Cyprus, Iceland, and Ireland were successful for a while—ultimately at a high cost to the population. And, under-regulating the banking industry gives it an edge over other industries in utilizing resources like hiring the best people. The fact that banks are allowed to win against other industries, said Admati, shows that they have a greater hold politically on the nation.

In conclusion, said Admati, although our current reforms aren’t working, they can be fixed. Excessive risk is unnecessary—and possible for us to control, contrary to what the national discourse has led us to believe.

In the question-and-answer session, an audience member asked Admati if she could name a maximum size for banks before they become “too big to fail.”

“Too big to fail” is a misnomer, said Admati—it’s not about the size of the banks but about their interconnectedness. “It’s easy to be a too-big-to-fail bank; it’s a good life,” she said. And forcing banks to borrow less will contain their size and allow pressure from investors to break them up naturally. But smaller banks fail, too. The problem isn’t the size of the banks but our inability to let them fail. “We want failure to be possible,” said Admati—for banks to be able to fail without causing the same amount of collateral damage in the process.

Another audience member asked Admati whom we can thank for our system—and for the people in power.

Citing what Lawrence Lessig calls “dependency corruption,” Admati said that in our democracy, 0.5 percent of people determine who runs for office; even though we all can vote, those who are elected are ultimately beholden to that 0.5 percent. Interest groups dominate our process, and the banks are one of the strongest. As a result, in our most recent election, financial reform wasn’t on the table. 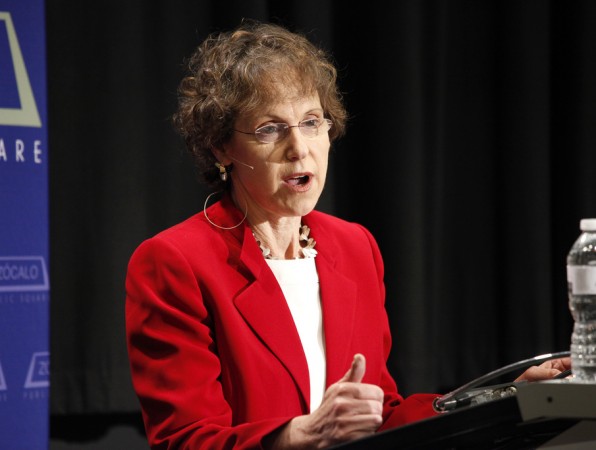 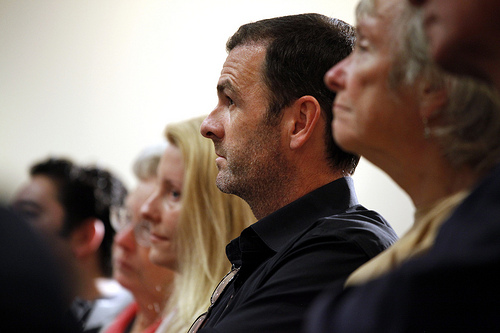 The audience at the Goethe-Institut Los Angeles 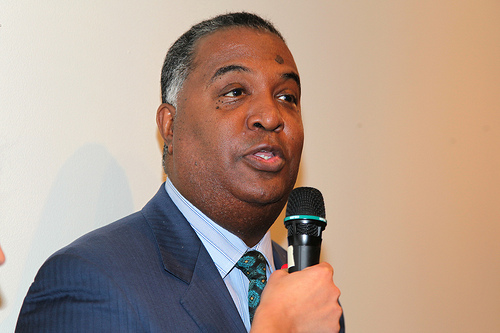 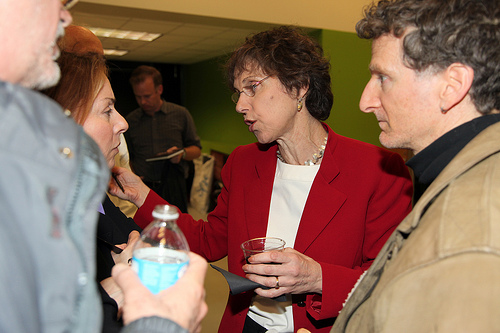 Guests talk with Admati over wine at the post-game reception 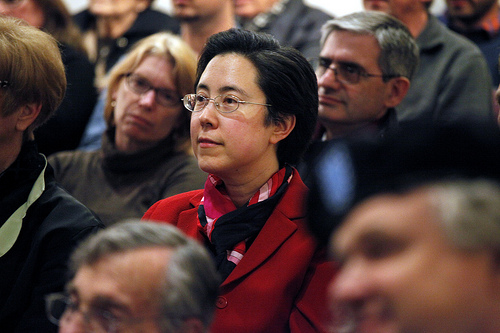 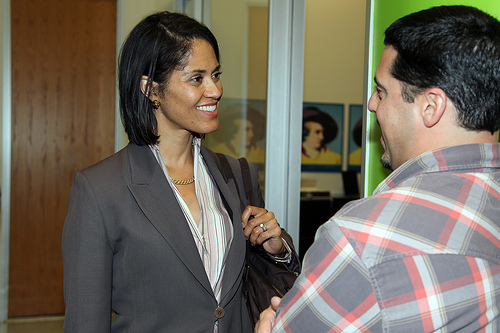