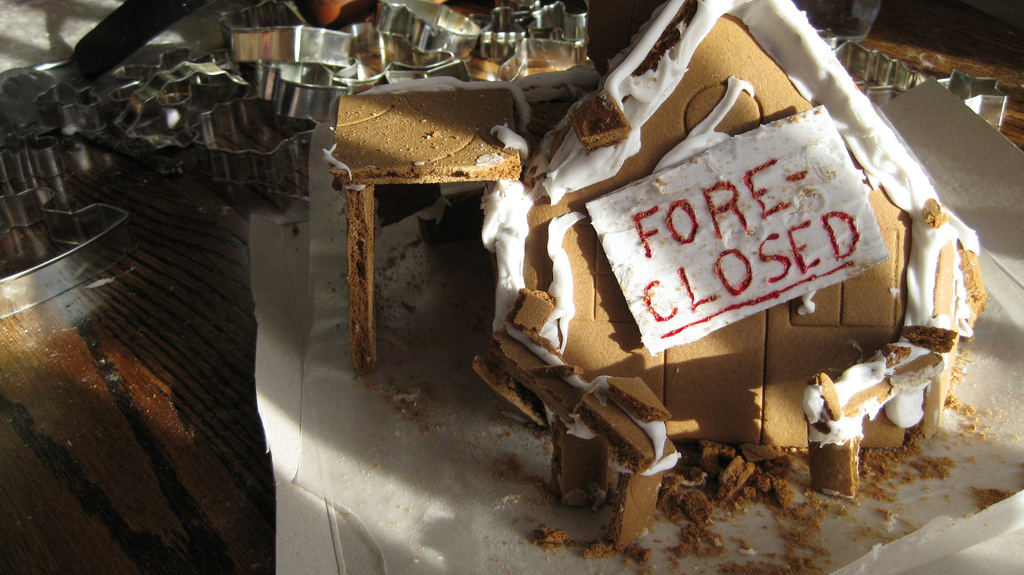 A black man—Barack Obama—sits in the Oval Office. A black woman—Oprah Winfrey—joins Warren Buffett and Bill Gates on the Forbes magazine list of richest individuals in the world. A black couple—Jay-Z and Beyonce—own a basketball team and buy an $80,000 diamond-encrusted Barbie doll for their one-year-old daughter. With such examples of impressive success and vulgar excess it’s easy to think that America’s long history of racial inequality has come to an end.

But then along comes a Brandeis University study showing that even as racial inequalities in terms of education and income have narrowed, the gap in wealth between black and white families has dramatically widened. Between 1985 and 2009, the gap in wealth between white and black families nearly tripled. It may be tempting to imagine that poor choices or lack of a work ethic can explain the disparity, but the study found that for the most part, the wealth gap is not the result of differences in education, diligence, or lifestyle. Instead, inheritance, financial support from wealthy family members, and early homeownership in predominantly white neighborhoods make the difference.

Much of the wealth gap is due to residential segregation. Non-white neighborhoods have lower home values. For decades, government policy at the local, state, and federal level either enforced racial segregation or else encouraged it. By the time the federal government finally stopped encouraging segregation, in the 1950s, the damage was done. Despite decades of fair housing laws, audits still find discrimination in lending and insurance, and too many real estate agents quietly steer prospective buyers to neighborhoods based on race. The Brandeis study found that disparities in home equity account for almost 30 percent of the wealth gap.

The effects of segregation are compounded by the disparity between what white and black families can offer their offspring in financial support. The study found that “because whites are far more able to give inheritances or family assistance for down payments due to historical wealth accumulation, white families buy homes and start acquiring equity an average of eight years earlier than black families.” In addition, “larger up-front payments by white homeowners lower interest rates and lending costs.”

The wealth gap shows us how long-ago injustices still affect society today. Thanks to civil rights laws and improved racial attitudes, the income gap between black and whites with similar levels of education has narrowed (although similar levels of education still yield more wealth for white families). But the wealth gap reflects disparities that are generations old. Civil rights laws and the decline of racism have not—and cannot—narrow this gap. Meanwhile, market forces have compounded it, much in the way the interest rate multiplies the value of a long-held investment. To put it another way, even if two snowballs are rolling down a hill at the same speed, the one that started larger will accumulate much more snow.

The authors of the Brandeis study write that the racial wealth gap is the civil rights issue of the 21st century. In a sense, they’re right. But, unlike government-enforced segregation and overt discrimination, the wealth gap cannot be fixed with civil rights laws prohibiting discrimination. After all, the wealthy white parents who pay their kid’s way through medical school or help her buy her first house aren’t discriminating against black Americans; they’re helping their kid in a way that anyone would if they could. The law can’t do much about the factors that contribute to neighborhood segregation, either. The current patterns of segregation have been around since the Jim Crow era, and they are maintained in part by the preferences of people of all races for culturally similar neighbors and in part by subtle discrimination in selling and lending—the type of discrimination that is hardest to spot and to stop.

Of course, the most direct response to the wealth gap would be a policy of reparations. But reparations are politically and practically infeasible, however just they might be in theory. Statistics can reveal a societal injustice like the wealth gap, but they give us no idea of precisely which individuals have suffered the injustice, much less which have unjustly benefited. And as a political matter, redistribution of wealth should be determined by need, not according to injuries suffered long ago by people long dead. Few Americans would support the payment of reparations to Jay-Z or Beyonce, even if their ancestors were slaves or sharecroppers.

Finally, as with so many of today’s injustices, the problem of the wealth gap involves more than just race. The gap in wealth between the wealthiest and poorest Americans, regardless of race, has widened dramatically in recent years. Blacks are disproportionately poor because of racial injustice, past and present. At the same time, if we go from group level down to an individual level, poor whites with few job prospects and no inherited wealth face many of the same challenges as poor blacks with few job prospects and no inherited wealth. All are prey to a winner-take-all economy in which the gap that separates an investment banker—or Oprah, Jay-Z, and Beyonce—from an hourly employee at Wal-Mart keeps growing. Perhaps, therefore, the civil rights movement of the 21st century started with Occupy Wall Street.