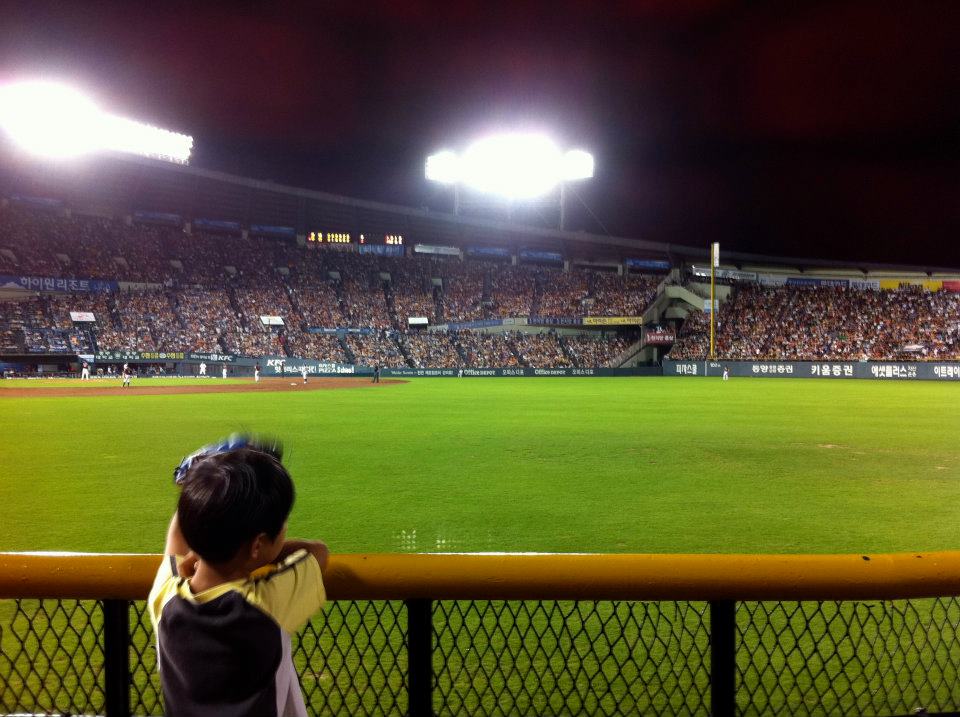 Tuesday night marked an important milestone in L.A.-Korea ties. When Hyun-jin Ryu took the mound at Dodger Stadium to pitch against the San Francisco Giants, he became the first professional baseball player to go straight to the Majors from the Korea Baseball Organization, the top professional league in his home country.

It’s appropriate that the Dodgers were the ones making the history, given that some 300,000 Korean-Americans call the Los Angeles area home. Still, Ryu is not in Daejeon anymore—bottles of soju cost about $10 in L.A., and the galbi isn’t quite the same. To stay in the Dodgers’ starting rotation, Ryu must adapt to Major League Baseball, and the United States, quickly and convincingly.

It’s impossible to understand the mountain Ryu must climb without understanding Korean baseball. And a glance at Korean baseball says a whole lot, as sports usually do, about Korean society itself.

Ryu started playing professionally for the Hanwha Eagles, based in Daejeon in North Chungcheong province in the center of Korea, in 2006. To this point, his career statistics include 98 wins, 52 losses, a 2.80 Earned Run Average, and 1,238 strikeouts—numbers that make him one of the best pitchers of all time in the domestic league. Yet a game in Korea is a far cry from your average ballgame in North America.

There is no league quite like the KBO. Jamsil Stadium in southeastern Seoul, the largest ballpark in the capital, feels like a bizarre amalgamation of an English Premier League soccer match and a pop music concert. Fans flock to stadiums across the country en masse with inflatable “thunder” sticks, which they bang together in a deafening fervor, and respond to every single pitch with intense enthusiasm, as if witnessing a fourth down, fourth quarter throw in a close NFL playoff game—again and again. Crowds erupt and begin chanting after a single with two outs in the third inning. K-pop cheerleaders perform choreographed dances on stage in the middle of prominent stadium sections. And cans of Cass, OB, and Hite beers are ubiquitous; there are no stadium rules prohibiting outside food or drinks. Fans in Busan are known to be the rowdiest (check out what a day at the ballpark there is like here).

The league is one of the smallest in the world, with just nine teams, including the NC Dinos, who will compete for the first time this summer. That means pitchers face the same lineups often, and teams rarely travel far. In fact, the longest trip Ryu has made in the KBO is a three-hour train ride to Busan. (With the Dodgers he’ll make five-hour cross-country flights a couple of times a season.) South Korea, after all, is roughly the size of Indiana, but with 50 million people.

When Korean fans talk about which team they root for, they will often refer to the major conglomerate that sponsors the club rather than the team name. For example, while ESPN will list “LAD” and “NYM” at the bottom of the screen for the score of a Dodgers-Mets matchup, KBS in Korea uses “LG” and “Samsung” for a game between the LG Twins, based in Seoul, and Samsung Lions, based in Daegu.

It’s difficult to overstate the influence these conglomerates, or chaebols, have had on Korea’s rapid growth over the past four decades. The 30 largest chaebols accounted for 84 percent of Korean exports in 2010. Samsung Group alone accounts for more than 20 percent of Korea’s GDP. It’s thus very fitting that the Samsung Lions always seem to win. The Yankees of the KBO are back-to-back champions and are never short on funds when it comes to signing players.

Ryu’s career also sheds light on the very sensitive issue of mandatory military service in Korea. While fans cheer on the Doosan Bears in Seoul, North and South Korean soldiers face off against each other along the DMZ line a mere 35 miles away. Attitudes towards the South’s relationship with the North vary throughout the country with significant generational influences. But, regardless of what one thinks of the sinking of the Cheonan warship in 2010, all men must serve two years in the South Korean military. That is, all men who have not won a gold medal in the Olympics or earned another special exemption. Ryu, 26, is one of the few athletes who have not had to put their careers on hold in order to fulfill mandatory military service. As a star pitcher in the 2008 Beijing Olympics, he helped Korea win the gold medal, prevailing over Japan in the semifinals and Cuba in the championship. Other star athletes such as soccer player Park Chu-young, who plays in Europe, have been accused of dodging the military and kicked off national teams.

Military service will most likely be far from Ryu’s mind when he battles National League lineups this summer, but it’s important to remember how far from home he truly is. It’s difficult to predict how pitchers from Asia will adapt to the level of play in the Majors. Yu Darvish, currently of the Texas Rangers, and former Dodgers pitcher Chan Ho Park are examples to emulate. But Dodgers fans would be better equipped to analyze Ryu’s potential with a fuller understanding of the world he has pitched in.