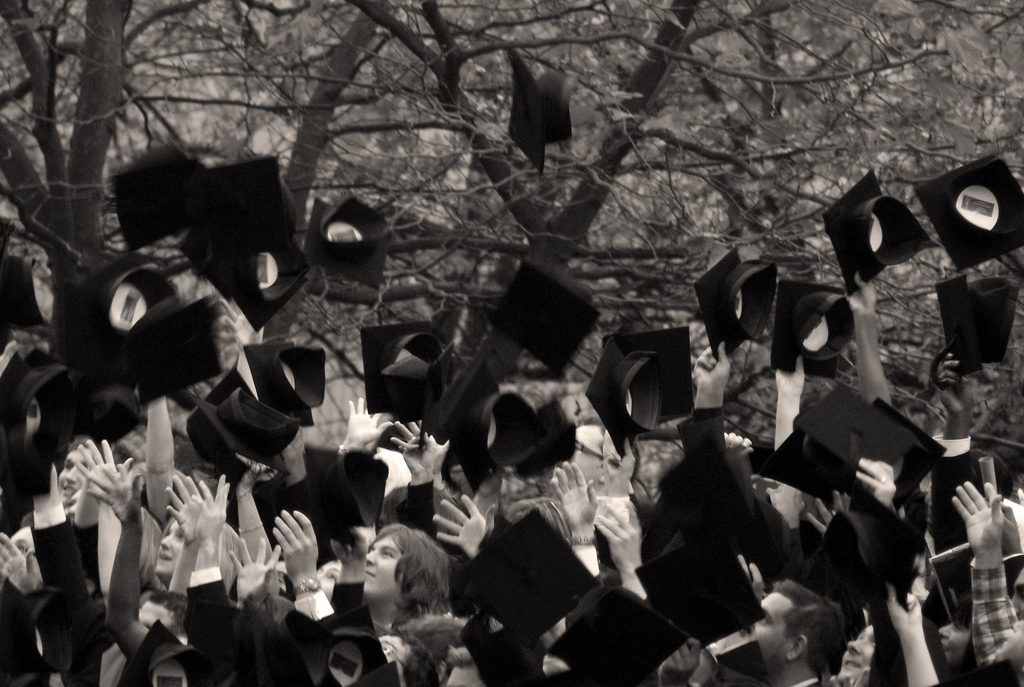 How long should it take a good student to earn a four-year college degree? The answer once seemed obvious to me: four years. But that was until I started teaching in the California State University system.

Over the past year and a half, I have taught 13 courses at three separate California State University campuses. The caliber of my students has been equal to what I encountered as a teaching assistant at a private top-tier research university; they are smart, ambitious, and dedicated. But for circumstance, many of these students could have been my peers at the top-ranked liberal arts college I attended as an undergraduate. Yet very few of my students expect to graduate in four years. By contrast, at most top-tier private institutions, students take for granted that they’ll finish in four years.

For a non-transfer student, the average length of time from entering CSU to getting a degree is over five years. That is not because students are taking their time. It’s because there are more students and fewer resources. Additional state funding cuts threaten to lengthen the average time to complete a degree even further—shifting more of the cost of education to students, decreasing the number of classes available, and stifling the search for innovative solutions.

On the face of it, having an extra year or two of college might not seem so bad. But for a student without a family fortune, an extra term or year means more time paying for an education instead of benefitting from one. It also means employers are more likely to scratch their heads. (What took you so long in school?) Graduates can ill-afford such problems, especially in this job market.

Of course, some students take longer to get through school because they’re academically underprepared, or because life throws something unexpected at them. But the vast majority of students want to earn their degree on a normal schedule.

We talk regularly about failing schools at the primary and secondary level. But we need to talk more about failing schools at the post-secondary level. If we are going to figure out how to save our system of higher public education in this state we have to start with figuring out what prevents my bright, eager students—and hundreds of thousands like them—from even hoping that they can finish their degrees in a timely manner.

One major problem is the decades-long financial squeeze of the system. As state support has diminished, more of the expense has been shifted to the individual students. Not only in California, but also across the nation, the expense of earning a degree—even at public schools—is increasing at many times the rate of inflation.

This means a lot of students have to work part-time to come up with tuition and fees. While it has long been common for older students to attend college while holding down a job, the hours weren’t always this demanding. Most of my students are working long hours at night, or on weekends, or in the middle of the week, even amid their busy class schedules. Even then, many cannot afford to buy the books they need.

Students regularly drop classes mid-term for employment reasons. Often it’s the result of domino effects beyond a student’s control: a family member loses a job and a student has to pick up more work to help out. Or an employer, struggling in this economy, lets some workers go and requires others to change their hours to make up the difference, interrupting carefully crafted class schedules.

The budget squeeze has also meant fewer teachers and fewer available classes. In talking with my students just after registration for their coming term, I found that most were unable to enroll in some course (often multiple courses) they needed in order to complete their degrees. This especially hurts students in the sciences, technology, engineering, and math, the so-called STEM fields that are supposed to be the path to a better future. Because these fields usually are structured around a rigorous sequence of courses, each missed course delays progress in the sequence and adds on another term until graduation, at great expense of time and money to the student.

Sometimes the proposed solutions to these problems only make things worse. For instance, you could cap the number of credits any single student may earn in a semester in order to open up more space for other students, but this would slow the progress of all. A recent policy change lowering the number of credits required for graduation may alleviate the problem somewhat, but it does nothing to address fundamental problem of overloaded institutions.

Of course, even correcting the budget issues, finding enough employment for all the students, and addressing the structural hurdles to a timely graduation would not be sufficient to put a four-year degree within reach for all students. Problems at home and in our neighborhoods hold back otherwise promising youth, and many of the problems that cause high school students to drop out likewise cause college students to drop out.

California higher education would benefit from a statewide innovation fund. If campuses are going to find new ways to help students, they need money to experiment and an incentive to break out of the existing models. Paired with rigorous assessments of outcomes, a bit of competition among schools to come up with more effective models would benefit students and universities. We also need to change how we think about California’s university students more broadly. When I stand in front of a group of young people in a classroom it is easy to think of them as my students. But they are our students—the students of everyone living and paying taxes in California. And we have been failing them for far too long.