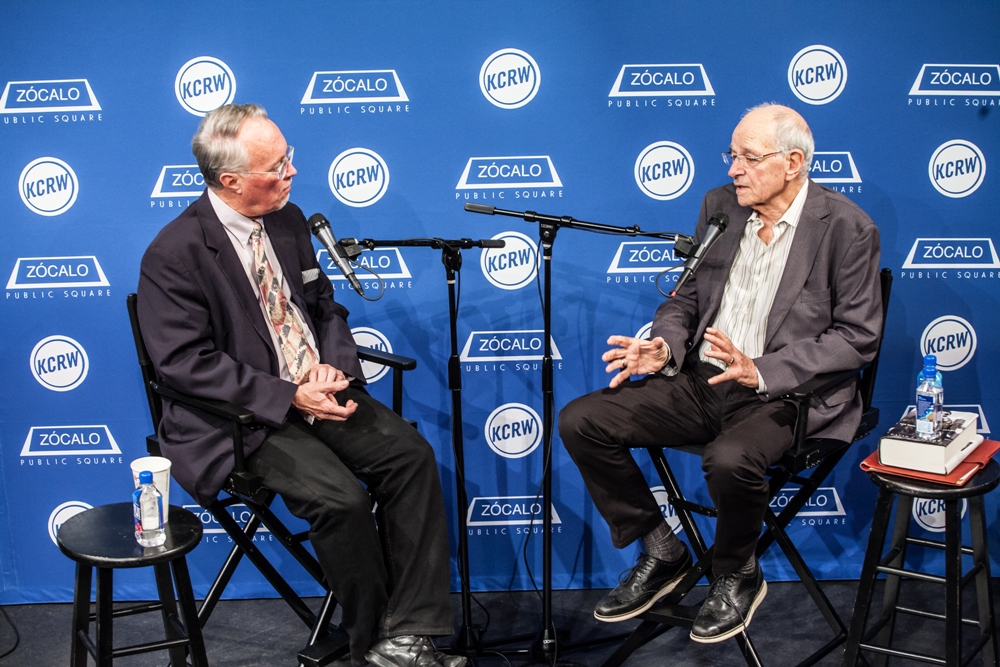 Historian David J. Garrow acknowledges that he’s “cynical” about Barack Obama, a conclusion that he reached while conducting 1,000 interviews and spending nine years researching the formation and political rise of America’s 44th president.

Garrow shared some of his reasons for what he called his “huge disappointment” with the Obama presidency at a Zócalo/KCRW “Critical Thinking with Warren Olney” event, “How Did Barack Obama Create Himself?”.

Hosted by Olney, the longtime KCRW radio personality and dean of Los Angeles news broadcasters, the evening echoed many of the thematic lines—and withering criticisms—that surface …

I recently learned that, in the second grade, I was part of presidential history.

Every morning during the 1980-1981 school year, I walked the five blocks between my family’s home in …

You’d never know, from this year’s presidential campaign rhetoric, that anyone in Washington has been paying any attention to economic inequality. Donald Trump has hijacked the Republican Party with his …

Battered by crises and maligned by critics, globalization is regaining momentum. And this is good news for America’s global leadership. Negotiations for an ambitious Trans-Pacific Partnership (TPP) trade deal involving …

Does America need more than one president?

The question comes to mind as we watch Barack Obama abandon cooperation in favor of strategies that bypass Republican obstruction on Capitol Hill. Obama’s …

The Constitution stipulates that the president is the commander-in-chief of the nation’s armed forces, but chief executives since Washington have accrued to the office a number of additional unstipulated “in-chief” …