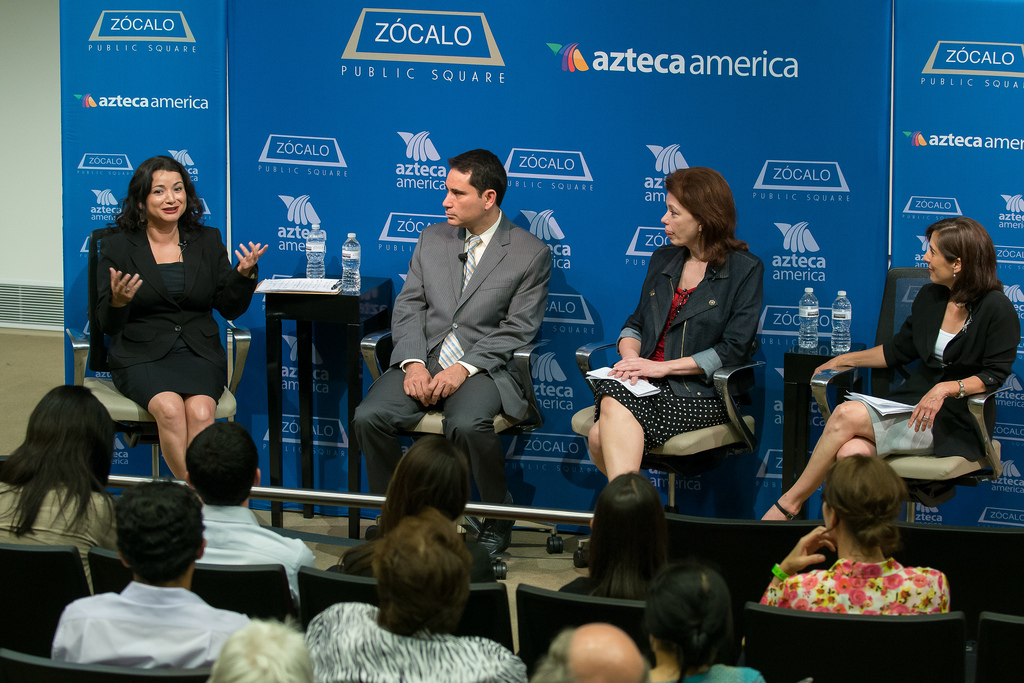 Houston is America’s most diverse city and its number-one refugee destination. It is also creating more jobs than any city in the country. What does Houston have to gain—and what might it cost the region—if Congress were to pass a comprehensive immigration reform bill? A panel of people who study immigration and work with immigrants in Houston answered these questions at a Zócalo/Azteca America event at Rice University.

Tony Payan, a political scientist at Rice University’s Baker Institute, called Texas “a paradox” when it comes to immigration reform. It’s a red state—but it’s not hostile to immigrants, and it’s extremely diverse. Houston, he said, “is a very welcoming city. If you know how to do something, if you roll up your sleeves and get to do something, you’re welcome.”

Houston’s immigrant population is diverse in both ethnicity and skills. While the conversation in Washington tends to center on low-skilled workers, high-skilled workers in Houston and around the country are poised to benefit from reform as well, said journalist Macarena Hernandez, a University of Houston-Victoria professor of humanities. Reform will mean more visas for these immigrants, will make it easier for them to switch jobs—and not be tethered to the company that sponsored them—and will give them the ability to reunify their families.

“I think everyone would agree that if you have a community to take care of a child, you’re creating healthier individuals,” said Hernandez. She also said that our current immigration policy has robbed millions of people of the opportunity to do things we take for granted—even to go home to bury a parent.

Claudia Kolker, author of The Immigrant Advantage, a contributing editor at The Houston Chronicle, and the evening’s moderator, turned to Neighborhood Centers president and CEO Angela Blanchard to ask her what makes Houston different from other gateway cities when it comes to absorbing immigrants—and how the effects of immigration reform on Houston will differ from the effects on other cities.

“The narrative in this city has always been about work and build,” said Blanchard. “That’s been our story.” Houston differs from the rest of the country because its social structure is based on what you can contribute to the community—and because it’s extremely welcoming.

Houston should epitomize what the national conversation about immigration reform is about, she said. Houston “is as close to a meritocracy as you can get for a big old sprawling city,” said Blanchard. “We have to continue to hope that our laws will reflect the spirit of what happens here in Houston.”

In Washington, D.C., said Kolker, immigration reform views are divided by party. What kind of nuances does Blanchard see in the views and experiences of the people who have supported her organization?

“It’s better to raise money from someone who had to earn it,” said Blanchard—and Houston’s been blessed in that respect. Everyone in Houston who is rich has also been broke a couple of times, and they understand that being broke is not a character flaw: “There’s a heartfelt empathy about what it means to strive.” And in Houston, people have made a decision not to write off a group of people or an entire neighborhood. “If you’re going to keep this a region of opportunity for everyone, you really have to mean it—everyone,” she said.

There’s a lot of mythology about immigrants, cultural values, and education, said Kolker. How do these affect Houston’s immigrants?

We need to sort out the myths from the facts, said Payan. By the time we get to the third generation of immigrants—as we have with the current wave of Mexican migration—they have become pretty much the same as every other group of Americans. “They acquire all the good, but also all the bad,” he said—diet, habits, and educational attainment.

When we talk about immigration, said Blanchard, we’re often telling an older story from the late 1800s and early 1900s. A hundred years ago, people came to America, and their past was stripped away, in part because they couldn’t go home. Today, immigrants “want economic and political assimilation, but we want to celebrate our culture and we want to share it,” she said. “There’s a fabric across the city of people keeping alive the best of what they brought with them and adopting what they came for.”

In the question-and-answer session, an audience member challenged the panel to take on people who disagree with them—and asked why the immigration debate always seems to come down to prejudice.

Blanchard said that Americans tend to agree on “the why”—why we need immigration reform. But they disagree on the how and the what. “It’s a question of who do we want, who belongs, who matters, who gets the privilege of citizenship,” she said. Ask yourself this question, she urged the audience: “Why is this the central, most important question in this country? It’s because we are a nation defined by ideas.” 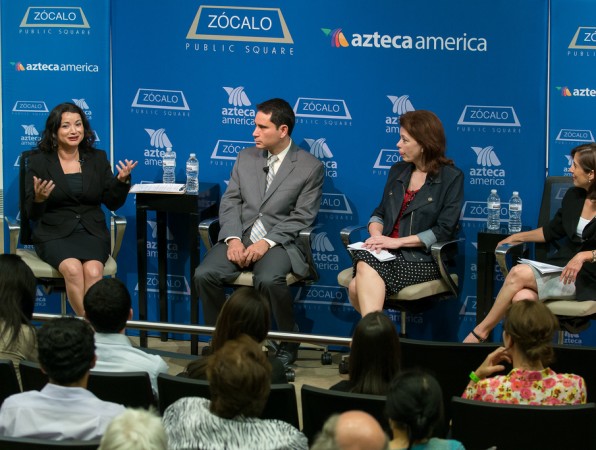 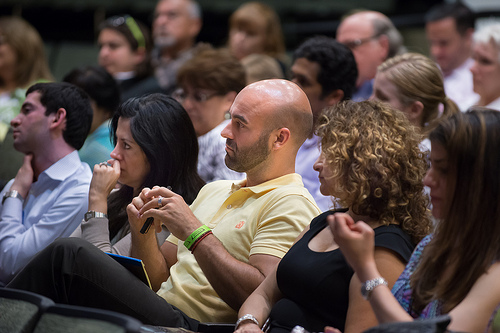 The audience at Rice University 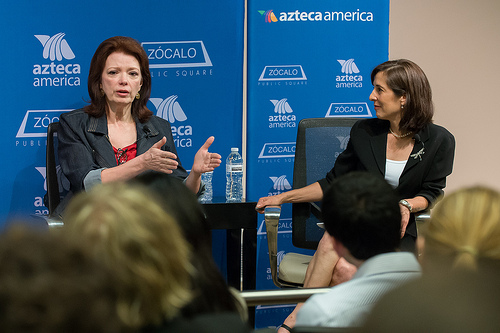 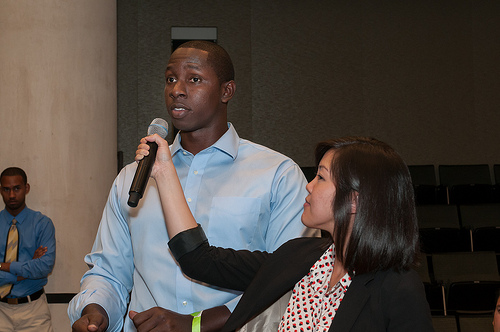 The question-and-answer session challenged the panelists 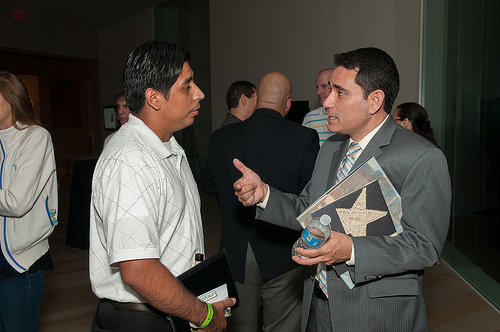 Tony Payan talks with a guest 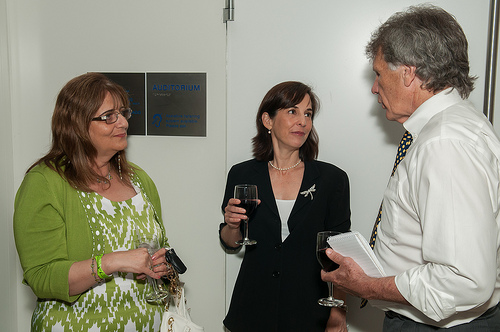