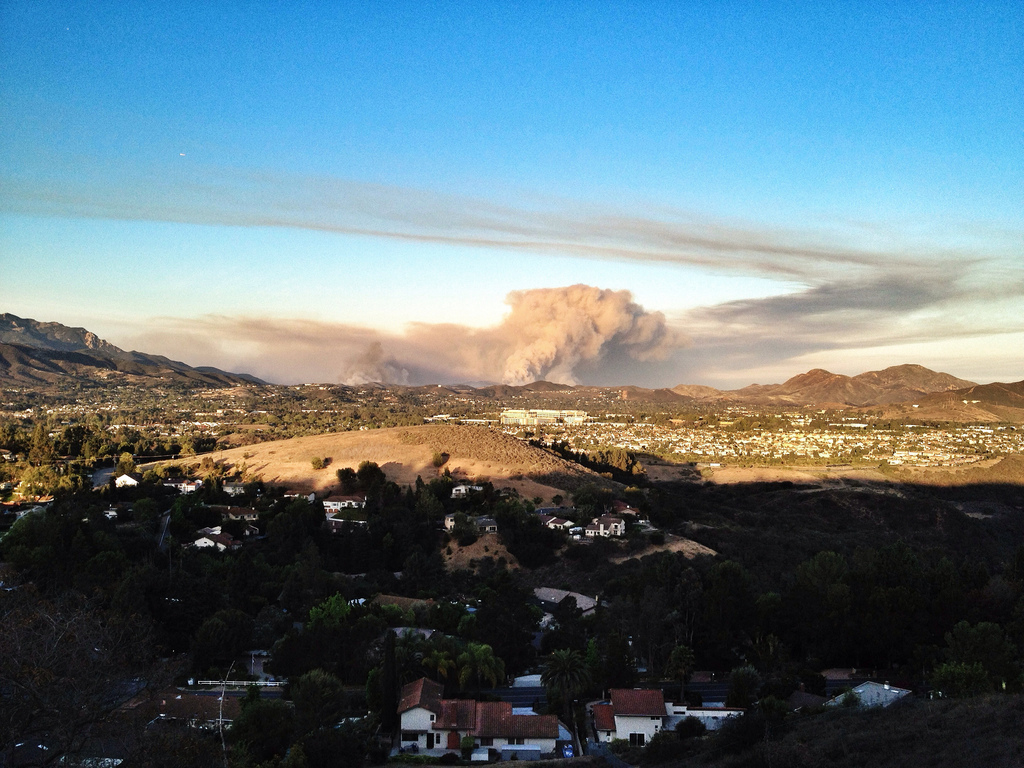 In a matter of two hours the Camarillo Springs fire spread across the four miles of rugged hills and brush that separated our Ventura County home from the epicenter of the fire. Hot Santa Ana winds stoked the fire, sent embers flying, and sapped precious humidity from the air. In the course of 24 hours, the fire burned across 15 miles to the Pacific Coast, until there was nothing left to burn but ocean.

Twenty-four thousand acres. More than 4,000 homes were in the burn area. Yet not a single home, including ours, was lost to the fire.

My home is still standing: I credit Big Government.

The National Association of Home Builders (NAHB) estimates that the average impact of regulations on the cost of a single-family home in California is $32,000. This includes costs associated with where and how one can build a residence. The NAHB sees these costs as a burden.

But what about the benefits of those regulatory costs?

Homes in our area are required to have fire-retardant roofs and fire-retardant siding. Our subdivision is required to have roads with sufficient width to allow the passage of wide-bodied emergency vehicles. Every few hundred yards in a California development you will find a fire hydrant. All of these precautions, and many others, adds to the cost of a California home. But when an inevitable wildfire threatens, my home remains standing.

CAL FIRE is a California State agency that helps to organize the response to such fires; the cost of doing this is more than $1 billion per year. At the height of the blaze, nearly 2,000 firefighters from dozens of areas throughout California and several other states were engaged in the battle. We are responsible for salaries, training, facilities, and buying equipment for these fire companies—and we are on the hook for their costs of retirement. They are among the public employees about whom small-government conservatives complain.

In April this year, Americans were horrified when a fertilizer plant in West, Texas caught fire, triggering a massive explosion that killed 14 (mostly volunteer first responders), injured 200, obliterated 50 homes, and destroyed the West Texas Intermediate School located next to the plant. Rick Perry’s critics quickly seized on the disaster as an example of how a laissez-faire approach to government regulation results in disaster, a criticism he angrily denied.

But my concern is less about the lack of regulation of the plant—and more about why, once the plant was established, a school was built next door and homes were located within the blast area.

“In Texas, counties have almost no regulatory authority,” Kelly Haragan, director of the Environmental Law Clinic at the University of Texas told NPR. “And we kind of don’t like land use [policies] in Texas. So we’ve ended up where facilities are very close to people.”

California also allows permits development in vulnerable areas, of course—but with reasonable precautions in the event of disaster.

This doesn’t mean we turned everything over to government. When we evacuated from our home—which is situated 40 feet across one of those required wide streets from the burn area—our Camarillo social network was crucial. A friend and neighbor helped us to evacuate our animals; many people offered their homes to us; and one intrepid family took us and our pets into their home overnight.

Too often, American politics is described as a contest between Big Government and civil society. Westerners, in particular, are vulnerable to this point of view. But the historical truth is that we “won” the West through the efforts of individuals and government; yes even the federal government. We continue to win the West through the combined efforts of government and civil society in cooperation.

Less regulation and smaller government would not have saved my home, and no one but my neighbors could have promptly taken in my family in during evacuation. Both were crucial. So thank you, neighbors, and thank you, Big Government.