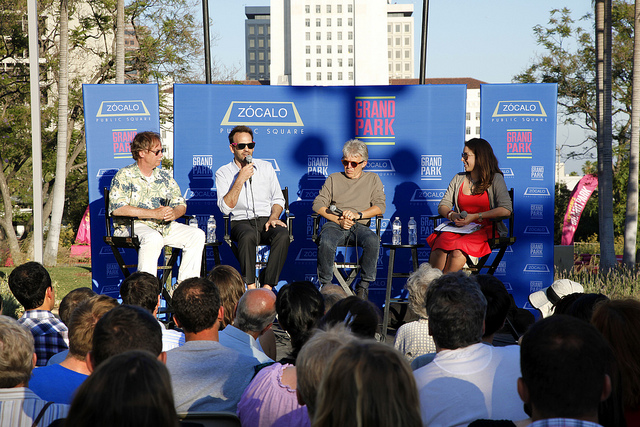 It’s time for a truce in the battle between L.A.’s bicyclists and automobile drivers, said a panel of transportation thinkers at a Zócalo Public Square/Grand Park event. Instead, it’s time for L.A. to secure funding, build new infrastructure, and remake its culture to include more modes of transit.

Noting the panel’s title, “Will the Bicycle Kill the Car?”, panelist Geoff Wardle, director of advanced mobility research at Art Center College of Design, told a large early-evening audience at Grand Park (which included several people in bike wear), “We have to get these different forms of transportation to collaborate, not to compete.” The more people can use bikes to make their way around the city, the fewer cars there will be, and the better traffic can be for everyone. “Eventually,” he predicted, “we will reach a tipping point.”

Wardle and his fellow panelists—LADOT bicycle coordinator Nate Baird and Move LA executive director Denny Zane—believe that Los Angeles is beginning a transformation that will lead to more bike lanes, more robust bike sharing, and more barriers to protect bicyclists from cars. But they also suggested that the transformation would be long and slow, and better behavior would have to come not only from car drivers but also from bicyclists.

“The problem is we’re in too much of a hurry,” said Zane. “And that’s partly because of the way we’ve designed our city.”

Baird said L.A. has a lot of opportunities to introduce new ways to get around, thanks to the city’s sheer size. “We have a lot of road to work with,” he said.

Throughout the event, the moderator, Los Angeles Times transportation reporter Laura J. Nelson, pressed the panelists for specifics on how they would reallocate L.A.’s road space.

While the panelists didn’t single out specific streets, they agreed that L.A. would benefit from establishing not just bike lanes but also cycle tracks (physically separated space for bicycles along the roadway) and what Wardle called “bike-dominant roads”—existing streets that would become bikeways.

Baird noted that for all the bike lanes that have been added, the city has yet to stitch them together into a coherent system. “The last two fiscal years we’ve done 150 miles of bike lanes throughout the city, but they don’t really connect to each other yet,” he said.

Whenever questions were raised during the event about the ability to secure funding for improvements, Zane struck a relentlessly positive stance, arguing that Southern California is in a “mojo moment” with huge public support for investment in transit. He noted that Measure R, the 2008 ballot measure that raised sales taxes to fund rail and other transit improvements, had passed, and he predicted that similar future measures would win overwhelming support.

“I think these things together—the will of the voters, the resources available for transformational investment, all of that has really created an opportunity for us to re-envision Southern California, not just Los Angeles,” Zane said.

But Nelson noted that despite support for big projects, small changes in Los Angeles’ transportation infrastructure, like new bike lanes, often meet fierce resistance from automobile drivers. What, she asked, can win them over?

No simple answer came to this question, but Wardle and Baird speculated that the changing nature of cars could diminish tensions between bicyclists and drivers. “As we get nearer and nearer to automated cars, cars that drive themselves,” said Wardle, “it frees up more space,” since the computers driving cars will make better decisions and use less space on the road than human drivers do.

Baird said he believed more road space for bicycles and other transportation options would be created by the use of narrower cars; narrow car models, he added, are already popular overseas.

The panelists also noted that more needed to be done to educate bicyclists about the rules of the road. Wardle pointed out that the bicycle culture in the U.S. is new, relative to the older bike culture in Europe, where he’s from, and Americans have much to learn. “If you apply for a drivers license for a car here, there’s a booklet you read,” he said. “I’m not aware of people being able to access similar information for riding bikes.” 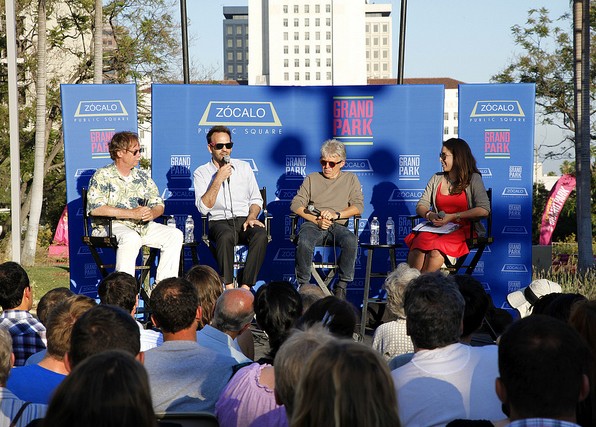 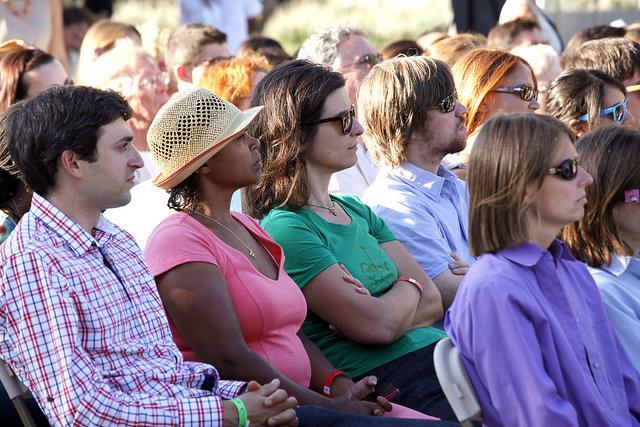 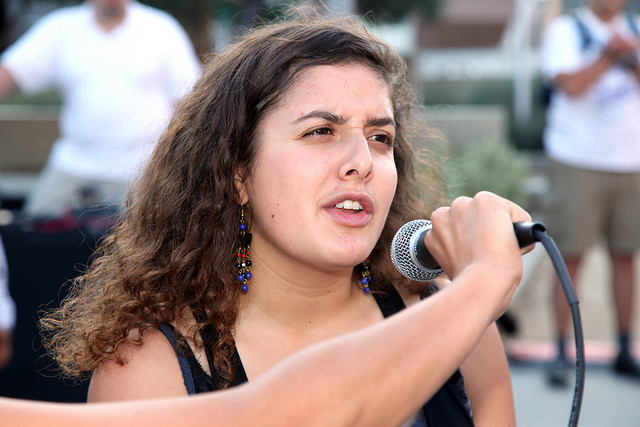 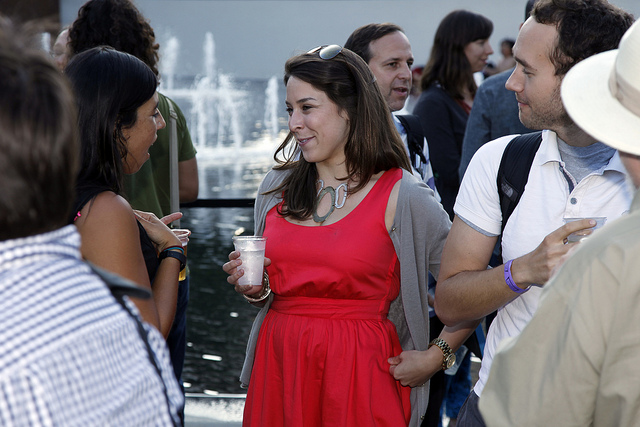 Laura Nelson talks to an audience member during the reception 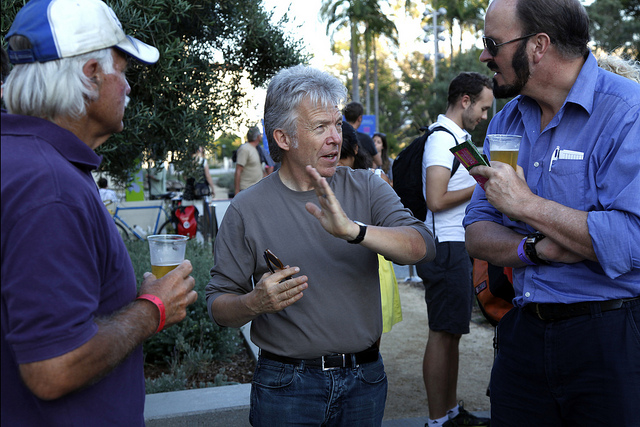 Geoff Wardle talks to audience members at the reception 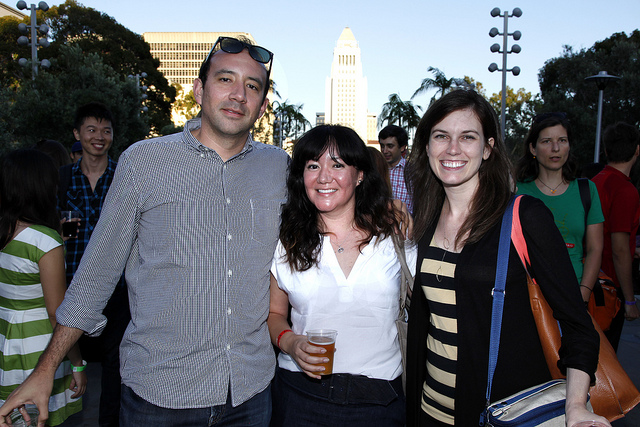