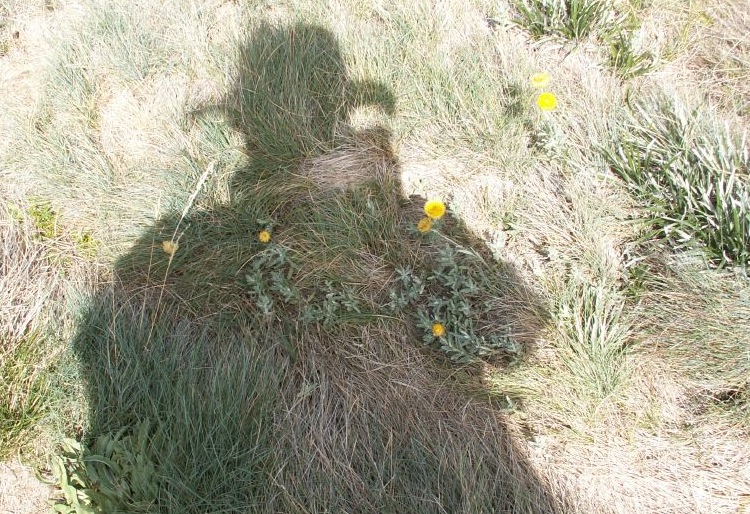 This is a story about a Californian who died more than 50 years ago—at least if you believe what you read. And you shouldn’t.

I came upon the supposedly deceased recently as he strolled down Colorado Boulevard in Pasadena. I’d never met him—no one has—but I recognized him immediately, because I used to be a newspaperman.

“Mr. Frisbie,” I called to him, and he stopped and turned around, taking off his bowler hat and smiling as he shook my hand.

I got right to the point. “I’m trying to come up with a column for the dog days of summer,” I told him. “Something quick and fun but smart. But I’m stumped. Any ideas?”

Victor Frisbie, sportsman and philanthropist, paused for a moment and said, “Why don’t you write something about me?”

Why not indeed? The case of Victor Frisbie—a wholesale Los Angeles media invention, rumored to be a distant cousin of Harvey the Rabbit—feels suddenly relevant now.

This is, after all, the age of Carlos Danger.

To be sure, Mr. Frisbie was a far classier imaginary soul than Mr. Danger, the sexting alter ego of New York City mayoral wannabe Anthony Weiner. But they are both of a class that is on the rise. The imagined man is back. East Bay video gamers spend most of their lives as someone else in whatever game they prefer to reality. Hollywood celebrities have fake names (on top of their own stage names) to preserve privacy. Harry Potter author J.K. Rowling managed to publish a book that, ever so briefly, wasn’t a bestseller—thanks to her use of a pseudonym. Avatar is our era’s biggest movie. Heck, we all might need our own avatars soon, just to shake the government’s surveillance.

For all these reasons, Victor Frisbie now seems like another California pioneer, an innovator ahead of his time.

Sources differ on Frisbie’s exact origins and even the spelling of his name (either Frisbee or Frisbie)—in part because he was invented by journalists, who can’t be trusted to stick to the facts. But the usual story is that he was conjured up by bored Los Angeles Examiner reporters in protest of excessive coverage of the annual Rose Parade. These journalists didn’t want to go to the trouble of interviewing actual parade-goers, so they found a fellow named Victor Frisbie to crack wise on the floats, bands, and weather.

Frisbie never missed a parade; he often made it to the Rose Bowl game as well. He so loved to be out and about that he found himself quoted in scores of stories, including a couple in the Los Angeles Times.

Despite Frisbie’s ubiquity, he could be an enigmatic figure. A man who had many careers and jobs before such multi-tasking became fashionable, he was variously described as a sportsman, a philanthropist, and a world traveler. He was usually from Bakersfield, except for when he was from Australia or Iowa.

And then, in January 1962, the Examiner ceased publication, reporting in a news item that “Victor Frisbie, well-known sportsman and traveler,” had died.

Of course, the report of Frisbie’s demise proved premature. Journalists couldn’t let such a character rest in peace. For decades, he has been revived anytime somebody needs a quick column, often in August. (The novelist Michael Connelly, a former reporter, even included a journalist named Victor Frizbe in one of his L.A. mysteries.)

The moral of the Remember-Victor-Frisbie Column is always that yesterday’s newspapers were less reputable—and more fun—than today’s fishwrap. Jack Smith, the late, great Los Angeles Times columnist, once wrote that Frisbie (and another, lesser newspaper fictional character, a socialite named Phlange Welder) represented “the last gasp of the era of wonderful nonsense, when the world was ours. No respectable newspaper today would or should tolerate them.”

That may have been true, for a while. But these days, nonsense is back in a big way, even if it’s not always so wonderful. Newspapers and their professional norms are dying. Amateurs are in charge of the media (just ask them), and they are blogging, sometimes under names that aren’t their own. Even some newscasters, like actors, use stage names.

All of this makes the outrage over Carlos Danger more than a little bit perplexing, at least when it’s coming from today’s media. Why the anger at the sort of victimless fraud generations of reporters have indulged in? Shouldn’t we sometimes celebrate the freewheeling madness of fake personas?

“The bad old days weren’t that,” Frisbie told me, as he finished his story and walked with me back to his car.

He had a long drive back to Bakersfield still ahead of him, but he had one more bit of wisdom to share. “You should dash that column off right quick and go have some fun,” he said. “It’s summer.”