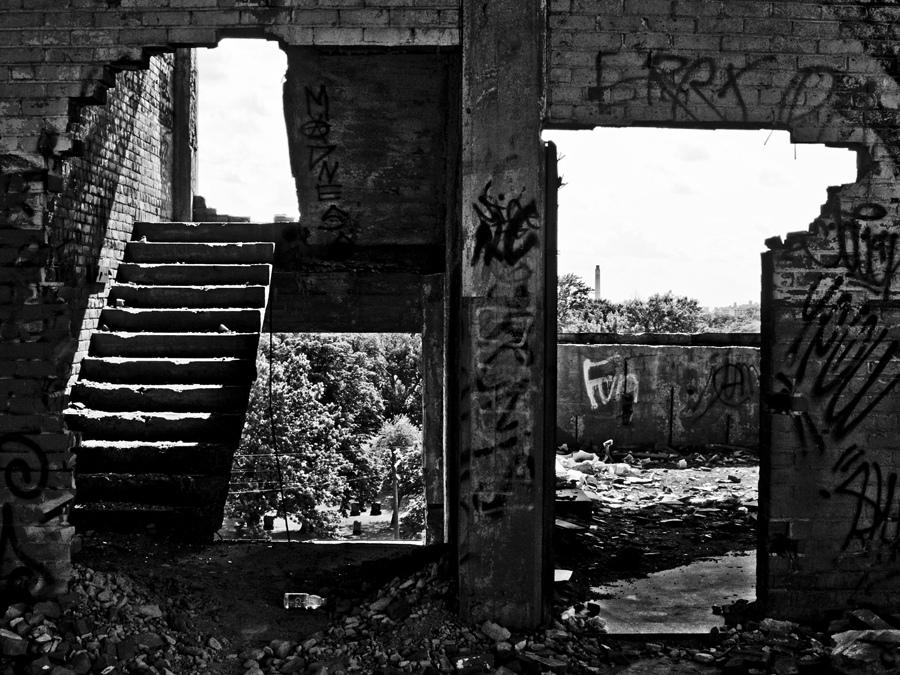 In a recent bracing post titled “Detroit’s Death by Democracy,” George Will located the root of that city’s problems not in its lack of economic diversification but in our very system of government: democracy. Will wrote that the Motor City’s recently filed bankruptcy provokes “worrisome questions about the viability of democracy in jurisdictions where big government and its unionized employees collaborate in pillaging taxpayers. Self-government has failed.”

This sort of argument is a very old one—and a very American one, because we demand so much of ourselves. Like many Europeans visiting the United States in the 19th century, the British diplomat Lord James Bryce marveled at the civic burdens placed upon Americans. “For the functions of the citizen are not, as has hitherto been the case in Europe, confined to the choosing of legislators, who are then left to settle issues of policy and select executive rulers,” Bryce wrote in 1888. “The American citizen is virtually one of the governors of the Republic.”

Lord Bryce’s observations remind us that we don’t live in a democracy but in a democratic republic—a hoped-for mixture of civic engagement by citizens and virtuous representation by those chosen by the people. American government generally, and California’s government specifically, have put pressure on both sides in the relationship to hold up their end of the bargain. The example of Detroit, however, shows that in a “new normal” era of diminished revenues and budgets, this pressure is forcing cracks in the foundations of governments from the city to the state level.

For Californians, Detroit was not our first warning about the costs of limited and self-interested civic participation. We have our own examples—like the bankrupt cities of San Bernardino, Stockton, and Vallejo, and the municipal corruption of Bell.

These are all man-made disasters. And the theme that connects them is public surprise; citizens were unaware of their city’s financial status until it was too late.

Bell’s problems began at an underused ballot box, where only a few hundred total votes established Bell as a “charter city,” removing it from state regulations on pay for its council and employees. In San Bernardino, most residents didn’t know their municipal government was going to declare Chapter 9 until the night of the council meeting. In Vallejo, some residents actually alerted the city about its dire fiscal standing, but a lack of leadership by council paved the way toward filing.

All these failures—and there are certainly more to come—are taking place in the midst of what local government expert Bob O’Neill recently called “a time of creative destruction” in state and local government. Borrowing the term from the free-market economist Joseph Schumpeter, O’Neill sees a combination of fiscal crisis related to the demographic impact of baby boomer retirements in the public sector, the “impact of technology,” and general public distrust of our governing institutions forcing a new relationship between citizens and government.

O’Neill says this will require “a new brand of leadership”—of local officials who will be expected to go it alone, with little help from Washington or their state governments. But by its nature, the era requires more from citizens as governors as well.

On the leadership side of the problem, this requires making government easier for the public to understand. An interesting essay by John Bridgeland and Peter Orszag in The Atlantic magazine, “Can Government Play Moneyball?,” is a tribute to how technology can be used to evaluate the performance of our governments. The use of performance “dashboards”—online platforms that visualize spending and program performance—by forward-thinking municipal and state governments shows how we can much better evaluate and communicate government programs. The challenge comes—as the writers note—in finding the courage to shut down programs that simply don’t work: “Getting the right information is less than half the battle. Acting on it, once it’s in hand, is harder still.”

The field of data visualization has made presenting complex information—from budgets to program performance—almost easy. Take a look at Salinas, California’s “Open Budget Platform” (full disclosure: I’m an advisor to this company) or Michigan’s “Mi Dashboard,” and you’ll see the days of budgets in three-ring binders are numbered. This need not be a partisan issue, as writers from the left (like Cass Sunstein in his latest, Simpler), and right (like Phillip K. Howard in many books) are making compelling arguments for the importance of making government at all levels simpler.

With simplifying should come de-layering: In George Will’s follow-up piece to the one quoted above, he interviews Detroit’s emergency manager, Kevyn Orr, who has learned firsthand of the incredible byzantine bureaucracy that is (or was) the City of Detroit. Orr described it as “bureaucracy on steroids,” with “more than two dozen layers of approval for planning and zoning.” Civic engagement simply won’t work in a policy-making environment that is this opaque.

Civic engagement also requires opportunities. In Los Angeles, an experiment to get more regular people into government is underway. The Liberty Hill Foundation, a nonprofit, has set up a “boot camp’’ to encourage and train people from all over the city to qualify for membership on public commissions and thus add to the pool of candidates for appointments. This may work, because officials are more open to engagement than before; in a recent survey of California municipal officials I participated in along with the Institute for Local Government (funded by the James Irvine Foundation) titled “Testing the Waters,” 85 percent of the 900 officials asked said that “their views of public engagement had changed since their careers began” (positively, for most of them).

Citizens need to seize these opportunities—and others. In my experience consulting on public processes around California and training public officials in engagement, a constant challenge is that too many people view themselves not as “citizens” but as “customers,” people who deserve a certain treatment by their government because of taxes paid.

Yes, there are times when we as citizens demand proper service from government—whether it’s from the water district or the public works department—but seeing ourselves only as clients of our government is fiscally unsustainable and fundamentally undemocratic.

And when we make decisions, we need to be careful to consider the long term. For all the speed of contemporary life, politics remains, as the sociologist Max Weber once surmised, “the slow boring through thick boards.” One of the essential trade-offs we all face is to make and support decisions that might benefit future generations, and not just our own.

For those who sit on the sidelines, the costs of civic inaction are increasing. Just ask people in Detroit, San Bernardino, Vallejo, and Stockton, where civic failure may mean slashing police and fire services. If only citizens in those places had acted sooner. Now, citizen support is going to be crucial for those who do the difficult business of bringing such cities back. When governments attempt to make policy more participatory and transparent, they need to be supported by citizens who will engage, learn about the issues, and participate in hard decisions.

In Federalist No. 1, Alexander Hamilton wonders whether the American experiment may become the first government formed by “reflection and choice” as opposed to centuries of “accident and force.” It would be hard to say stories like Detroit’s or Stockton’s are “accidents.” But we’ll see more such stories in places where citizens and officials are not committed to reflecting on difficult choices.