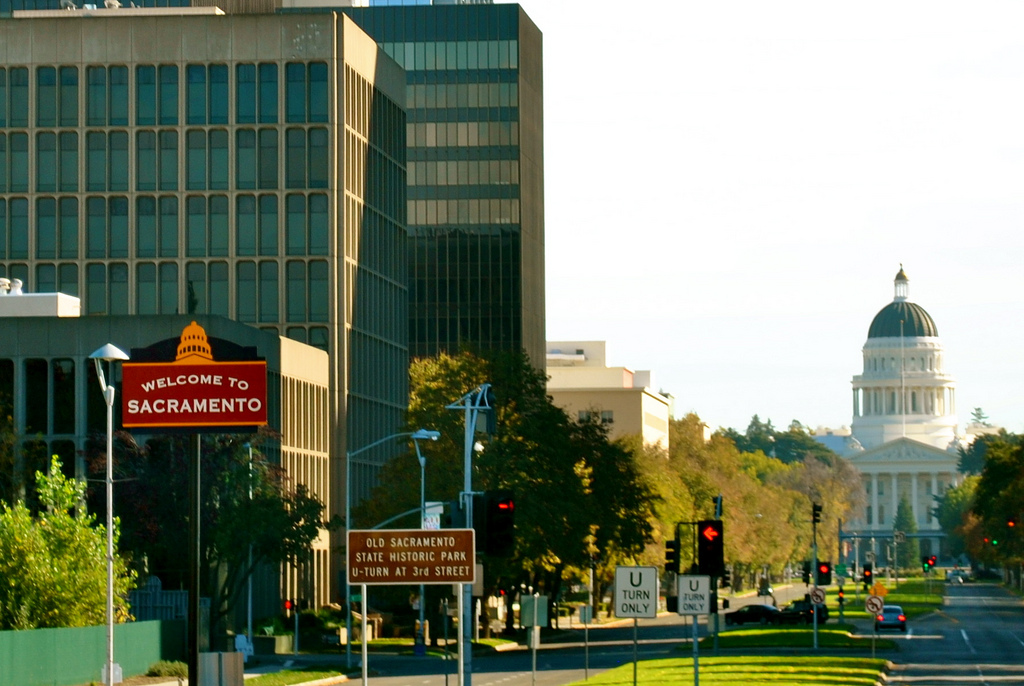 We Californians need to help Sacramento.

Before you start hyperventilating, I’m not talking about our state government. I’m talking about the city and county, the capital region. With little notice or comment, this Sacramento has become one of the most economically distressed places in California. The housing bust and all those state budget cuts hammered employment in the capital region; homelessness is up, and there are fewer jobs now than there were a decade ago. Empty retail corridors in once-growing suburbs like Rocklin and Natomas are some of the bleakest places I’ve seen anywhere in the state.

Stadiums and arenas often fail to produce enough new economic growth to cover their financing, and they typically wind up transferring a lot of public money to already wealthy owners of sports teams. The proposed arena is estimated to cost $448 million, and well more than half of that would be public money, at least $258 million. Despite such bad economics, Sacramentans support the new building for irrational reasons (like devotion to a losing NBA team) and a big rational one: the town so obviously needs something.

But the big something Sacramento needs is not an arena.

Please allow this Southern Californian (who is a frequent visitor to Sacramento) to suggest an obvious alternative: Cal Poly Sacramento.

Cal Poly’s existing campuses in San Luis Obispo and Pomona are hugely successful, if underappreciated, institutions. They’re better than other public university campuses at producing degrees in the scientific and engineering fields, in which California, despite high unemployment, is short of workers. Some surveys suggest their graduates are more likely to find high-paying jobs than graduates of University of California institutions.

A new basketball arena might bring a few more fans to downtown Sacramento (although fewer people attend Kings games each year than visit the average Apple retail store), but not much else. A Cal Poly campus in the very same place would bring new high-paying jobs (via faculty and administration) and educated people to the region. The capital’s overall profile also could change. Some of the most popular and prosperous American cities—places like Madison, Wisconsin and Austin, Texas—are state capitals that are also college towns. While the University of California flagships are in Berkeley and Los Angeles, the creation of a Cal Poly Sacramento—particularly if the new campus combined with Cal State Sacramento and UC Davis in a partnership like that of the Claremont Colleges in Southern California—would put Sacramento in the municipal big leagues.

Questions? There should be little worry about attracting quality students. Cal Poly San Luis Obispo received more than 40,000 applications for about 4,000 spots in its freshman class last year. And there is undeniably stronger and wider demand for Cal Poly degrees and graduates than there is to watch Kings star DeMarcus Cousins fumble basketballs in the post.

Yes, a new campus would be expensive. So would a half-billion dollar basketball arena. It’s true that an arena costs less than, for example, the 10-year building plan underway at the relatively new UC campus in Merced ($1.1 billion). But the economic multipliers of a new campus would be far greater. UC Merced’s statewide economic boost (including wages and benefits paid, contracts for construction, and goods and services) was recently estimated at more than $1.7 billion. Education is a bigger, better business than basketball.

Each of Cal Poly’s campuses has an annual budget of more than $200 million, a little more than half from tuition and fees. The Kings franchise has annual revenues of $100 million a year, according to Forbes, or about two-thirds the size of a typical Costco store. A university can attract funding sources—the state, the feds, private donations, tuition from students around the world—that a basketball team can’t. And of course, the impact of thousands of engineers and technicians surpasses that of the dozen players on an NBA roster.

A new university isn’t a radical idea. Even in the face of declining public support for higher education over the past generation, California has opened new campuses—not only UC Merced but also Cal State Monterey Bay and Cal State Channel Islands. These new campuses have all had start-up struggles, and they are in less populated places, making it harder to attract students. But they have nevertheless enjoyed robust growth in enrollment. UC Merced can’t expand fast enough to accommodate everyone who wants to enroll. The Kings can only wish they were that hot a ticket.

Cal Poly Sacramento, if successful, might be just a beginning. UC Berkeley higher education scholar John Aubrey Douglass has suggested that California establish a new “polytechnic sector” of institutions as a way of “increasing the supply of talent in technology and applied skilled field such as engineering, biotechnology and communications.” And if the goal is innovation in higher education—of the type espoused by Governor Brown and other leaders—it’s easier to try new things on new campuses than it is to change existing ones.

A Cal Poly Sacramento could be profitable for more than just Sacramento. Maybe the scientific and technical expertise at a new campus would rub off on state government, which has seen one expensive failure after another in major informational technology projects.

And then there’s the symbolic value. Sacramento is for better and for worse our capital. It represents us. Building a new Cal Poly campus, rather than a new arena, would show we’re serious about the future. For a change.