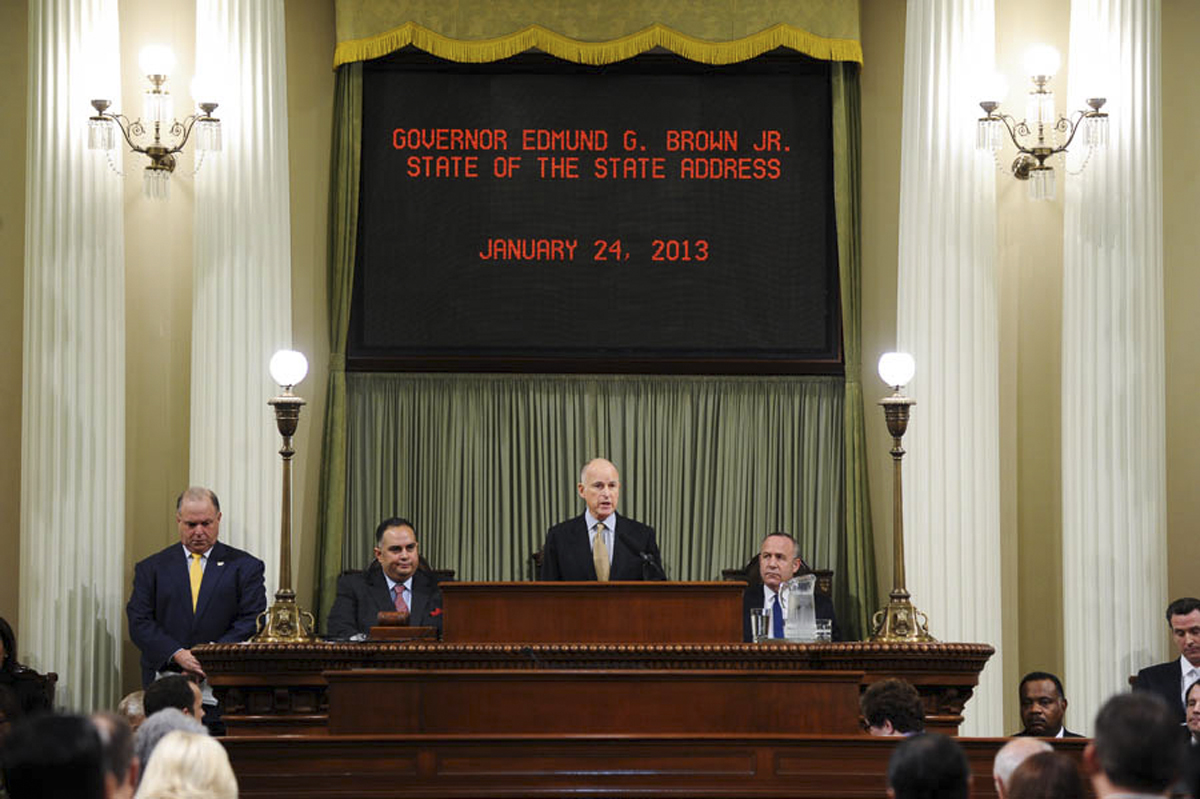 This month, I’m hoping we’ll see the last of a tedious California tradition: the annual state of the state speech. Every January, California governors deliver this address to the California legislature, and the tiny slice of the California population that closely follows state politics tunes in. It’s a political opportunity for the governor to make a case for his agenda. It’s also a waste of time.

Last year, Governor Jerry Brown started his speech with the declaration that “California did the impossible” by balancing its state budget. (Since almost every other U.S. state balances its budget each year, Brown’s bar for “impossible” is rather low.) But the state budget isn’t all that important; it is less than 10 percent of the annual GDP of California, and three-quarters of the state budget is essentially money for California’s thousands of local governments.

Laying out policy priorities as if they apply to all of California is folly. Most of California would like to see gas prices that are low, but not oil-producing Kern County, which likes them high. The Bay Area’s economy is surging; the Inland Empire’s has unemployment levels similar to Detroit’s. Air pollution is an enormous problem in the Central Valley and Southern California, but not in the Bay Area or far north. In San Diego, nearly half the population is college-educated; in the San Joaquin Valley, it’s less than a fifth.

To recognize these mixed realities, Governor Brown should start by ditching this year’s speech, currently scheduled for the morning of January 22. Traditionalists will howl and point out that the state constitution requires the governor to “report to the Legislature each calendar year on the condition of the State.” But a report doesn’t have to be a speech, and there are smarter ways to paint an annual picture of the state.

Here’s one. Once a month, the governor—along with state legislators and leading regional and local officials—should host a weekend town hall in a different one of the state’s regions. There are a host of ways to define “regions,” of course, but for these town halls, I’d use the 12-region map of California drawn up by the tourism industry—which works out to one regional town hall each month. (That may sound like a lot of weekend work for state officials, but they have long recesses that add up to far more vacation than you or I could possibly imagine).

These town halls would include formal question-and-answer sessions with officials as well as informal gatherings in parks and arenas that are open to the public so that every Californian could get a chance to walk up to their officials and talk to them. The state would provide refreshments and childcare for parents who want to attend. Such gatherings might seem simple, but in a state so sprawling and disconnected, just putting state leaders, citizens, and regional officials together in the same room has huge potential to spark the new relationships necessary to solve problems.

The sessions could be summed up in 12 regional reports and thrown into one document—call that the State of the State. It might be big and unwieldy, but it would come closer to capturing California than the address the governor will give later this month. And Californians would no longer be able to complain about remote and unresponsive state government; the state government, at least once a year, would come to you.