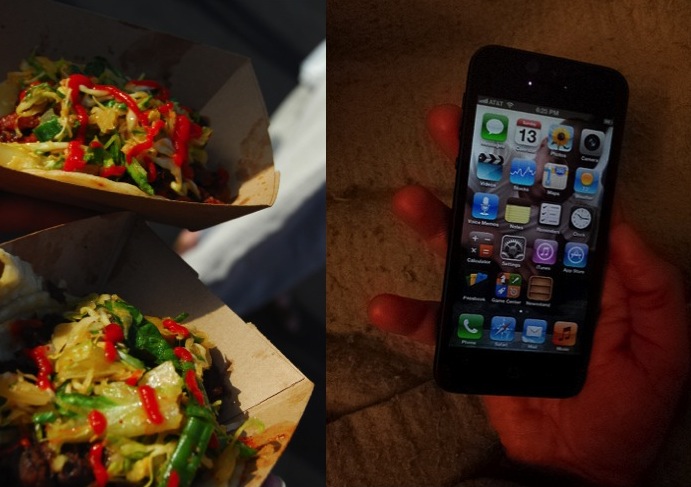 Californians have fallen in love with the recipes of L.A. chef Roy Choi, the man best known for creating the Korean barbecue taco.

But does California have a recipe to cook up more Roy Chois?

It’s an urgent question. Choi probably comes closer than any living Californian to embodying the skills needed by our state today. Like Steve Jobs, who could look at existing technologies and combine them to create something new and irresistible (and that you could hold in your hand), Choi has stitched together unlikely ingredients to create the iPhone of food: the Kogi taco. Such skill is sometimes called invention, but the more accurate name for it is fusion. And California runs on it.

Our most original filmmakers rarely invent things that are entirely new; watch a Quentin Tarantino flick, and you’ll see a master weaving together established genres and old stories. Our biotechnology companies create new drugs by combining old ones. California’s tourism industry blends new and old to create attractions (think Universal Studios’ combination of old-school movie nostalgia and high-tech roller coasters) that appeal to people from all over the world.

But how to teach fusion? Ordinary schooling doesn’t do it; it breaks the world into distinct subjects. Fusion is only supposed to come up during physics class.

The good news is that Choi has written a book—a combination of autobiography and cookbook—that offers some great answers. At first glance, L.A. Son: My Life, My City, My Food seems like chef self-promotion, with tons of recipes, too many expletives, and a stomach-turning tale of how he and a colleague murdered a goat in the Coachella Valley (and then transported its remains over the border to be eaten, deliciously, in Mexicali).

But, without ever acknowledging a higher purpose, the book is also the most vivid portrait of today’s California on the shelves, and it’s a handy guidebook for anyone who wants to understand what it takes to prosper here.

In recounting his childhood and early struggles—this is what Hollywood calls an “origins story”—Choi makes the point over and over that we are the product of the places we know and visit. California often feels vast and indefinable, but Choi, who had an itinerant upbringing, understands that each town and place is distinct and rich in flavor.

Choi is the son of two charismatic Korean immigrant hustlers who met in L.A., returned briefly to Korea (where Choi was born), and then came back to try whatever they could to make money. This included running a failed liquor store (at 9th Street and Vermont Avenue in L.A.), opening a failed restaurant (in a dicey part of West Anaheim, five miles and a world away from the Magic Kingdom), and selling jewelry (often door to door). Choi’s family lived in at least eight places before he was 13 years old—South Central, the Crenshaw District, West Hollywood—and they spent considerable time in the car in search of fresh ingredients for his mother’s cooking (Santa Barbara for abalone, Goleta for the dandelion greens, Indio for bean sprouts, and the Newport piers for rock cod).

His parents were so busy that he was often unsupervised, which allowed him to get to know—and get into trouble with—all kinds of people. He cruised in lowriders through Whittier, experimented with drugs, and tried a milkshake at virtually every roadside stand in the Southland.

Choi went to Cal State Fullerton to study philosophy but ended up a gambling addict, a regular at the Bicycle Club and the Commerce Casino, thereby learning to multi-task. “I could talk to four different people, eat my chow fun, watch the highlights of the Dodgers game and flirt with the petite Vietnamese dealer with the big breasts,” he recalls. He learned to see himself in everyone, and the different became familiar. “I’ve always had this thing for Italians,” he writes, in a typical formulation. “And in a way, they’ve had their thing for me too.”

The book has a great “Come to Jesus” scene (TV chef Emeril plays the role of savior) during which Choi realizes that his future lies in food, the one thing that holds his life together. And soon he is visiting L.A.’s best restaurants, heading off to New York to study at the Culinary Institute of America, and training at Le Bernardin.

Once back in California, he cooks at different places around the state—from a Borrego Springs resort near the Salton Sea to an Embassy Suites in Lake Tahoe to a Hilton in Sacramento—and learns different things from each of them. He also travels abroad for inspiration and further instruction. Eventually, he returns to L.A. as a top chef at the Beverly Hilton.

There the story takes a turn. He clashes with the Beverly Hilton executive chef, fails to implement his vision, and struggles with working in a union kitchen. He quits. He gets fired from a new restaurant he’s helping to launch. He drives around Southern California for three days before telling his wife he’s lost his job. It’s 2008. But then a friend suggests a move into street food, and Choi creates a taco that will make him one of America’s most famous chefs.

In California, when we talk about building a more prosperous future, we talk about raising test scores and whether the tax rates will discourage rich people from living and investing here. Choi’s story reminds us that preserving the diversity and distinctiveness of our communities and keeping this an attractive place for hustlers (especially immigrants like Choi’s parents) are more important goals.

I found Choi’s description of the creation of the Kogi taco to be surprisingly moving. As Choi chopped and layered ingredients in a Koreatown apartment, all the places of his life “bubbled up and started flowing through me like a tidal wave.” And then: “There it was. Los Angeles on a plate. Maybe it wasn’t everyone’s L.A., but it was mine. It was Koreatown to Melrose to Alvarado to Venice to Crenshaw crumpled into one flavor and bundled up like a gift.”

If only we all knew how to combine ingredients like that. Maybe the state could offer, as a check on the dreary Common Core State Standards Initiative, a required high school class in fusion. Roy Choi has given us the textbook.