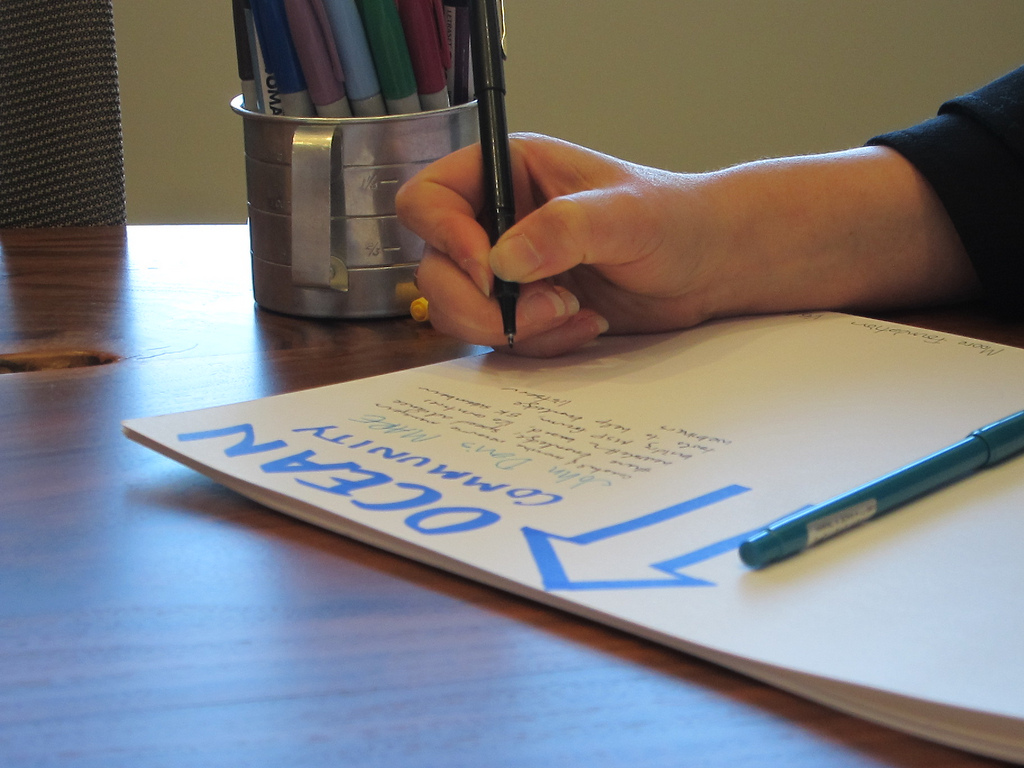 To be an engaged, informed citizen in California is to be hopelessly behind in your reading.

We’re told that we need to follow the big issues in California, that we need to be informed about policy debates, and that policymakers want our feedback on major proposals. It all sounds reasonable enough, until you see the homework. The governor says his budget is crucial to turning around California government, but the summary of that budget is 271 pages long. High-speed rail is a hot-button issue, but the business plan that gives a full picture of the project runs 212 pages. Your local school district is legally required to get your input into its plans for the new school funding formula, but the law governing the formula is book-length, at more than 70,000 words.

And then there’s the hottest issue in our drought-ravaged state: water. The Bay Delta Conservation Plan (BDCP) and draft environmental impact documents, which detail proposals for restoring California’s most important estuary and creating a more reliable water supply for Southern California, are now available for public comment both online and in public open houses through April 14. Of course, the documents reportedly run to 34,000 pages, a figure I can’t confirm independently because every time I try to download them, my laptop crashes.

Does all this make you think about trying to slim down government so people can understand it? Well, that was precisely the goal of the mid-2000s California Performance Review (“A Government for the People for a Change” was the motto), and you can read all about their recommendations in their report. All four volumes and 2,300 pages of it. By comparison, my copy of The Complete Works of William Shakespeare comes in at a mere 1,280 pages. (Good thing Shakespeare didn’t live in Sacramento, or Hamlet would have had 97 acts.)

All this is enough to make you wonder if being an informed participant in state decision-making is physically possible, given that humans need to sleep, work, and eat. My job is to read and write about California, but even I have been unable to find time to finish reading any of the prior four documents. (In my defense, I did make it through the BDCP’s 114-page executive summary.)

Some cynics say that bureaucrats and experts use long reports to keep the public in the dark, but my own experience with California’s bureaucrats and experts tells me that their biggest sin is their earnestness. As our state’s problems have grown more complicated, transparency has required more pages. And so, by telling us almost everything, they manage to tell us almost nothing.

To help us cope, a handful of journalists have devoted themselves to making complicated topics understandable to the layman (Daniel Borenstein of the Contra Costa Times on pensions, for example). But many state issues are so peculiar that clear translations of what’s going on require unlikely qualifications or luck. David Jensen finds time to pore through troves of complex documents on the state’s stem cell agency and produce an indispensable blog, but he has the advantage of living and working on a sailboat in Mexico and Central America, with fewer potential interruptions to his reading.

For those with money, lobbyists are on hand to wade through information and tell their clients what’s what. That’s one reason there are five times more lobbyists today than 35 years ago. Sacramento has sprouted new office buildings and fancy restaurants near the Capitol to accommodate these translator/influencers.

Those decisions are getting harder and more technical, because our initiatives are getting longer and more complex. A generation ago, 5,000-word initiatives were rare. Now, they are routine. In 2012, two initiatives on the ballot were longer than the 7,600-word U.S. Constitution. The official summaries of these legalistic initiatives don’t much help, in part because they are written by precisely the wrong people for clear, accessible prose: lawyers. Little of what we learn from initiatives seems to sink in; focus groups have shown that, just a few months after elections, many California voters have forgotten almost everything about the initiatives they recently voted upon.

What should we do instead? Scolds might suggest that Californians just buckle down and read more—but that would mean watching less TV and fewer movies, which would be bad for Hollywood and the state economy. Since California is home to so many unemployed writers, I’m tempted to suggest we create a Department of Abridgement and Clarity, and require all documents to be sent there before being made public.

But perhaps the best approach would be to rethink the design of our documents. Instead of explaining complicated proposals through long pieces of writing, we should explain policies more succinctly and visually—via drawings, maps, and graphs.

California is already home to companies and nonprofits that are good at such “data visualization.” For instance, Maplight.org in the Bay Area has become adept at turning lots of complicated and conflicting data on money, politics, and government into accessible, understandable maps and graphs and web pages. The Berkeley-based startup Captricity has done something similar for drug safety reports. For the past two years, a facilitation team from a consulting firm called Groupaya (which hired me to observe their work) has distilled complicated issues into maps for stakeholders in the Delta talking about water.

If we want to do something similar for California public policy, we could require legislators sponsoring bills, or wealthy people sponsoring ballot initiatives, to include a one-page diagram of what their proposal would do. Call it the “Draw This Initiative” initiative. Such an exercise would be instructive; if the drawing of the law you want is too hard to understand, the new law might be too complicated.

There are other ways to use visuals as a check on super-long proposals. But this column has already proved too long—and time-consuming. And I’ve gotta catch up on my reading.