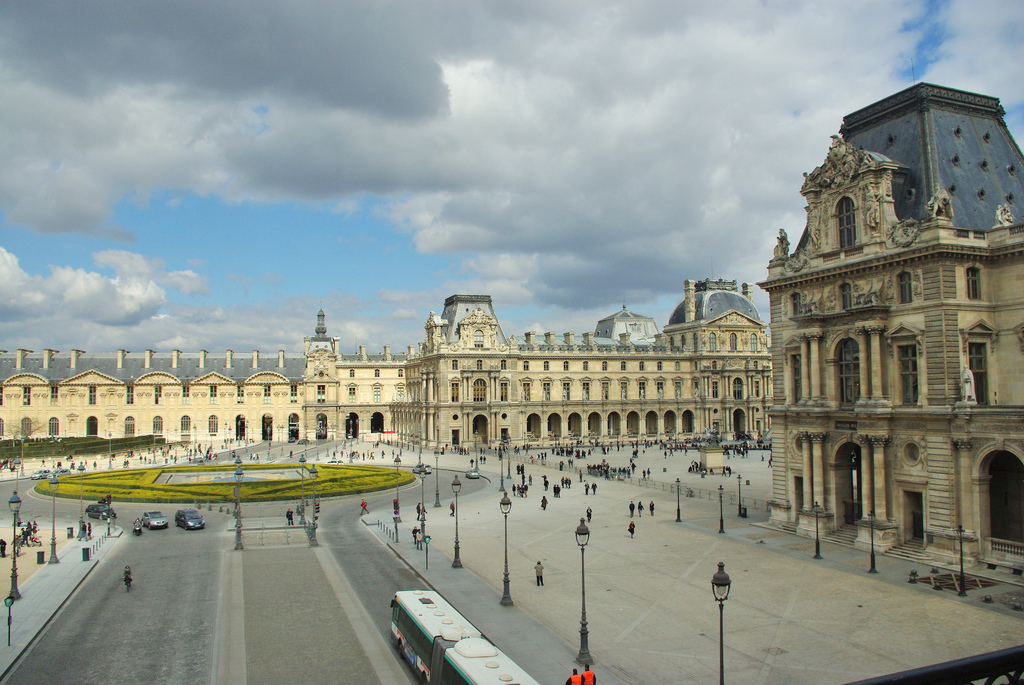 Because I’m the head of a large arts organization, people often assume that I grew up with the arts. In fact, nothing could be further from the truth. I came to the arts—stumbled into them, actually—by chance.

I grew up in an Air Force family that moved around a lot: from Missouri to Louisiana, Ohio, Florida, Washington, California, and Bermuda. After graduating from high school at Travis Air Force Base in the Bay Area, I headed to the U.S. Air Force Academy Preparatory School in Colorado Springs. But military school wasn’t for me. I wanted to travel. So, after one semester, I dropped out and went to London, where I worked as a short-order cook and hitchhiked up and down the U.K.

In 1969, I enrolled at Willamette University in Salem, Oregon. Wanderlust soon struck again, and I moved to Luxembourg for a study-abroad program. Ideally suited for train travel—I am a compact person—I moved around Europe as often as I could, buying inexpensive tickets to bigger cities such as Frankfurt, Munich, and Paris.

On a trip to Paris, I happened to visit the Louvre. It was my first experience at a museum. This was more than 40 years ago, long before the Louvre Pyramid was built to accommodate crowds of visitors. In those days, artifacts overflowed along byzantine passages and byways, and rows of Old Masters hung from the ceiling in grand salons, beckoning you through hall after tantalizing hall.

I stumbled along those halls looking at the art—these were things I had never seen before, made by people from cultures I had never heard of before, from times and places of which I knew nothing. And it all came alive to me. Each object was a provocation. I’ve never forgotten it.

That chance visit to the Louvre was a lightning bolt. At age 19, I’d found what made my heart sing—but I hadn’t figured out how to turn it into a career. Two years later, still a college student, I got involved in avant-garde theater. When I acted in Samuel Beckett’s Endgame, I got a taste of what it means to make art, and the pleasure of that experience. I moved to San Francisco for a time, worked in a warehouse, and tried to connect with theater; I even did an evening of Beckett plays in a dance studio in Berkeley.

When I returned to college in Oregon, I worked as a janitor in a theater and did a bit more acting. I loved acting, but I was terrible at it. I was a better janitor than I was an actor.

I decided to study art—rather than create it or clean up after it. I was accepted to the master’s degree program in art history at the University of Oregon. Still unwilling to let my theatrical ambitions die, I helped form a neo-Dada theater and music group called the Unfortunate Duck, which performed in art galleries and universities from Vancouver, British Columbia to Mills College in Oakland, California. There was no second tour.

I wrote a thesis on the work of the early 20th-century Russian constructivist Vladimir Tatlin. I continued my graduate studies at Harvard University, moving my focus a few decades back in time, and a few countries west, to fin-de-siècle France. Years after that first magical experience at the Louvre, I was back in Paris.

I was doubly lucky to study at Harvard, where the art history program was housed in the most magical possible place: a museum. I worked for the Fogg Museum at Harvard, and then moved with my young family to New York for a job teaching art history at Vassar College. Over the next years I taught at UCLA, Dartmouth College, Harvard, and the Courtauld Institute of Art in London.

I had found my niche. I directed a series of ever-larger university museums and, two decades into my career, became director of the Art Institute of Chicago. In 2011, I ended up in Los Angeles at the Getty, an institution that combines the fascination of a museum with the depth and breadth of a research institute, a conservation institute, an art publisher, and a grant-making foundation. When I arrived at the Getty, I felt that I had truly landed.

I know how lucky I am to have stumbled into the Louvre at age 19, knowing nothing of art or museums. I’ve never been called on to apologize for devoting my career to the arts. I went into the arts because they made me feel curious and challenged and alive, which are the best reasons for choosing your life’s work.