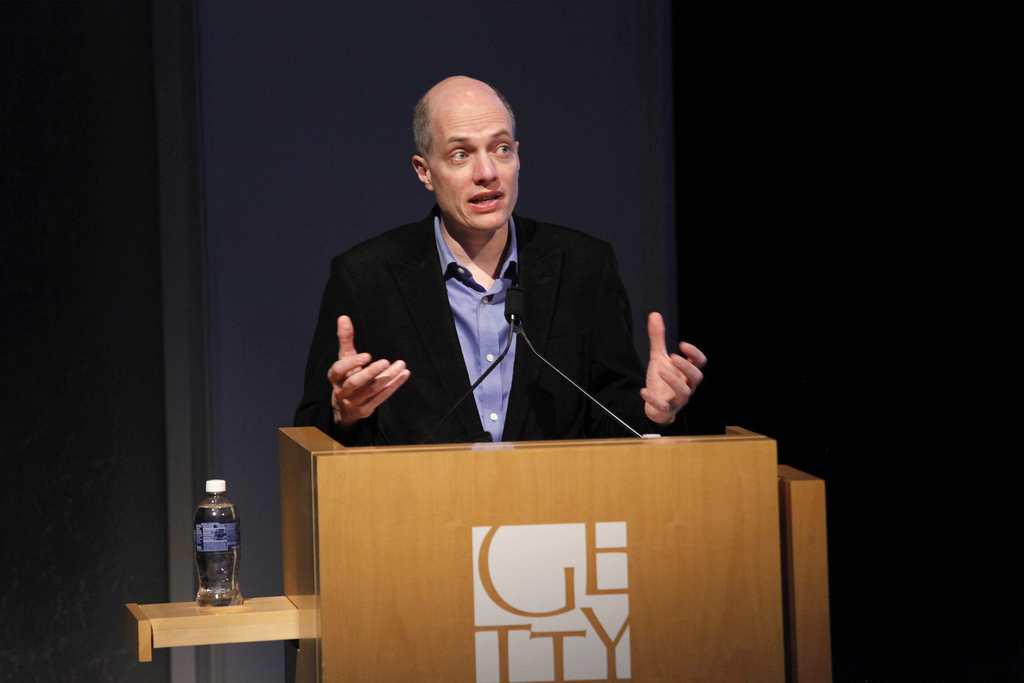 We’re obsessed with the news. Most of us check the headlines on our mobile devices up to eight times a day. But at a Zócalo/Getty Center event, philosopher Alain de Botton, author of The News: A User’s Manual, asked us to consider why: “What on earth are we looking for?”

De Botton, who was speaking to a full house at the Getty, with additional people watching a simulcast in an overflow room, thinks news has replaced religion as our authority on social and political reality. It’s the place we go to search for meaning. And so people get depressed when they see the public ignoring headlines about global warming in favor of the love life of Taylor Swift. “The important is no longer the popular, and the popular is no longer the important,” said de Botton.

While most of us still cling to an 18th-century ideal, which holds that the availability of news is necessary for democracy to function, de Botton pointed out that an unrestricted flow of news can keep a population supine. If people are flooded with news, it all becomes meaningless, which is what we experience in the U.S. today. “The dream of news has run into the sands of distraction,” de Botton said.

Our ideal, our “dream of the news,” said de Botton, is that we will find out about important things—some of them very far away from where we live—and we will start to empathize. The news, we hope, “will stretch our sense of the brotherhood of mankind.” Yet last week, 200 people died fighting in the Republic of Congo, and none of us noticed. It’s not that we’re stupid or racist. It’s that the way the news from abroad is presented to us makes it difficult to care about it.

We can see a performance of King Lear and stay up all night thinking about the death of a man who never lived. But if we hear on the nightly news that 200 people died last week, we’ll fall asleep 10 minutes later. Fraternity doesn’t come merely from disaster. “You have to know the steady state of the place. You have to know what ordinary life is like” to make disaster matter, said de Botton. Information doesn’t sink in best in factual form.

“Art is the name of the discipline that enables data to enter our minds and hearts powerfully,” said de Botton. “That’s why King Lear matters a lot more to us than the nightly news.” So part of the trick is to make our news more like our art.

But we’re also drawn to news that contains certain types of horror. Two years ago, the most popular news story in Britain was of a decorated military hero who stabbed his two young children before killing himself. It’s easy to despair over our appetite for this sort of tale, but it has a redemptive capacity, said de Botton. It teaches us two key emotions: pity—for the tragic hero—and fear, which comes from realizing that this hero, despite a moment of insanity, is in many ways just like us.

But news rarely gets beyond these initial feelings of pity and fear, said de Botton: It lacks the capacity for catharsis. Instead, it leaves us with a sense of unresolved dread and anxiety. The one thing the news never wants to do, said de Botton, is give us a sense of our own resilience. “That,” he said, “would be fatal” to the industry itself. So when your car breaks down in the middle of the night and you have to ask a stranger for help, you assume you’re going to get killed. In real life, of course, that stranger is nice—you’d just never know it from the news.

In this way the news has distorted our sense of our neighbors and the place we live. The U.S. isn’t the country we know. “It’s a confection,” said de Botton, “made by the media.”

“It’s not the news,” said de Botton. “It’s some news.” News is a medium that has the power to shape reality, but it is not all of reality: “Isn’t it strange that despite the diversity of news, everybody managed to miss the financial crisis coming?” The headquarters of The New York Times is located just blocks away from Wall Street, said de Botton, but the newspaper with the motto “All The News That’s Fit to Print” didn’t see the collapse of J.P. Morgan until it happened.

We check the headlines, said de Botton, because we equate the new with the important. But there are important, old things in our world that don’t appear in the news—and we need to keep those things in mind.

There are two news sources: the news out in the world and, equally important, the news within ourselves—how we are thinking and feeling, and what it is we’re seeing in real time. We need to take “news sabbaths”—periods of times when we forgo the news completely—to make room for the latter. The news from within is the news that will give us a fuller picture of our world. 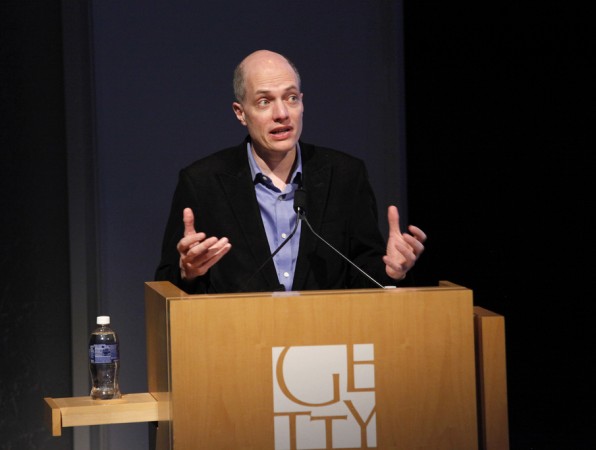 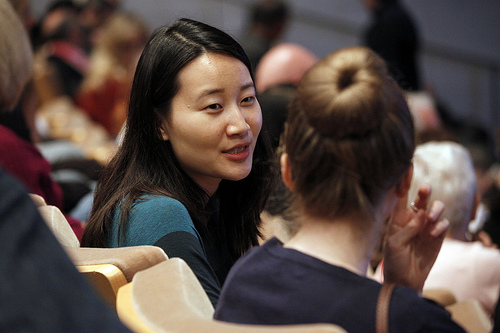 It was a full house at the Getty, with additional audience members viewing the talk in a nearby simulcast room 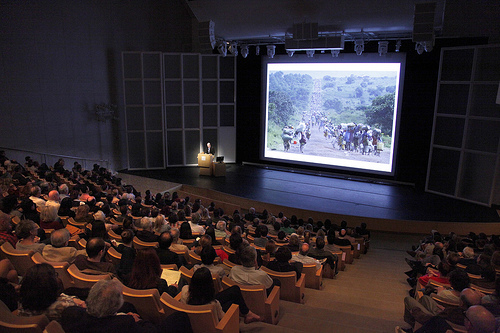 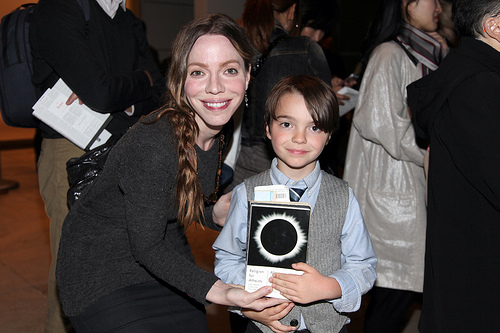 Guests with a copy of The News: A User’s Manual 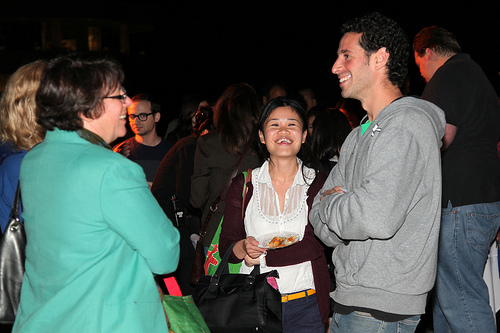 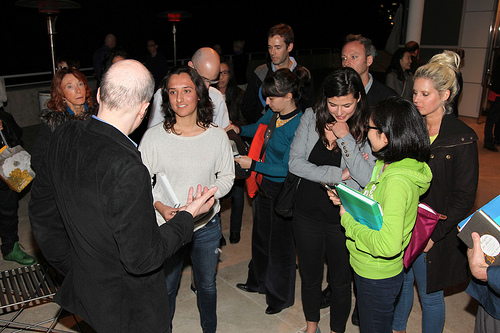 De Botton chats with guests after the program