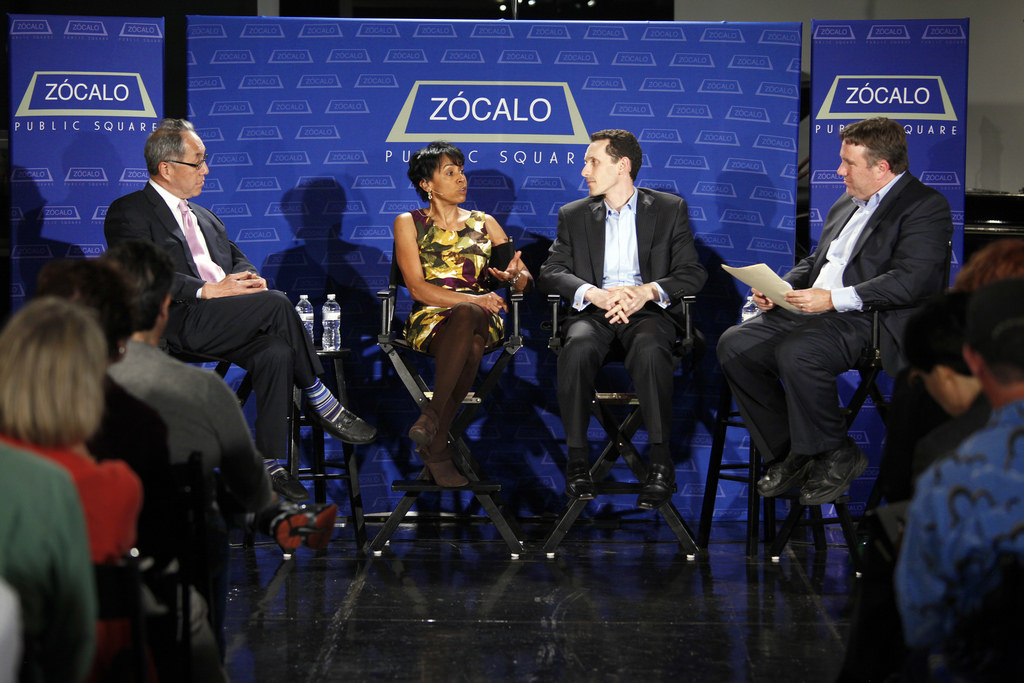 The early 21st century has not been kind to newspapers in Southern California. But in an era of technological change and in a city of great demographic change, what kind of newspaper does L.A. deserve? At an event presented with the support of L.A.’s Department of Cultural Affairs at the Petersen Automotive Museum, Zócalo California and innovation editor Joe Mathews posed this question to Los Angeles Times columnist Sandy Banks, former L.A. city councilman and dean of Cal Poly Pomona’s College of Environmental Design Michael Woo, and Orange County Register publisher Aaron Kushner, who will begin publishing the Los Angeles Register next month.

Mathews asked Kushner about his newspaper’s business model, which Mathews said is “betting on subscribers” to support the publication.

This isn’t a bet, said Kushner, but a no-nonsense approach to business: “If we give our customers more, in return, they will give us more.” That means, he said, the paper is committed to giving back not just to subscribers and advertisers, but to the community as a whole—through coverage, through business, and through advertising. One example of “community-building,” said Kushner was a “golden envelope” program, where the Register gave subscribers a $50 check to sign over to the nonprofit of their choice.

Turning to Banks, Mathews asked how a working journalist can get an understanding of the many communities in L.A. and the complex city as a whole.

“I have really good friends who are regular people, who are not journalists,” she said. “They have regular concerns.” One of those friends told her to write about new regulations prohibiting plastic bags. That column ultimately got much more feedback than other recent “important” columns she’d written.

And of course, it’s also about keeping your eyes open to what’s happening in the world. Banks said that this is difficult for reporters to do today both at the Times and around the country because they’re stuck at their computers, constantly refreshing stories and making sure posts are current. She’d like to see reporters getting out more and writing “more stories that give you a sense of the city you live in.” There there needs to be “more talking about communities in ways everybody can relate to,” she said.

In addition to what’s happening in the city, the panelists felt papers have traditionally had some responsibility to make readers familiar with who was running it and what they wanted to do with it. But today, Mathews asked Woo, where do politicians and others go to have big conversations in Los Angeles?

Woo said that the Los Angeles Times is no longer serving the civic role it played in the late 20th century. A newspaper, he said, is more than a business: “It’s a civic institution that builds a city’s sense of itself.” You need a big newspaper in order for a city to have a dialogue about big ideas. The newspaper’s civic duty is especially important in Los Angeles because it’s a city that lacks a strong identity. People tend to consider themselves residents of Sherman Oaks or Ladera Heights rather than L.A. as a whole. And for a newspaper to feed that view can be dangerous.

And given that Los Angeles newspapers have retreated from some of their ambitions, Mathews asked: If you had all the money in the world, what would you put in the newspaper?

Banks disagreed. The days of people subscribing and investing in their local newspaper are gone, she said: “Young people are not subscribing to a physical paper like this.” What they’re looking for isn’t an exclusive relationship but “to feel appreciated and see themselves in our paper,” she said—“to know the things they’re concerned about are the same things we’re concerned about.” Banks said that she’s a fan of investigative and hard-hitting journalism, but ultimately it’s about a more intimate relationship between publication and reader: “They have to feel that we feel their pain, that we understand them.”

In a “lightning round,” Mathews asked for snap judgments from the panelists on issues such as whether Los Angeles deserves a tabloid with outrageous headlines like New York.

No, said Banks, just read the comments that come after online stories for that kind of discourse.

Should newspapers be free, or should you always have to pay to read?

Kushner pointed to his organization’s mix of free community newspapers and paid subscriptions. He also pointed out that it isn’t a question of not being able to afford a paper—a household can’t get out of a movie theater without spending the equivalent of a month’s subscription to his paper.

How partisan should a newspaper be?

When a city can only support one newspaper, said Woo, there’s less room for partisanship. Banks said that the newspaper should be nonpartisan, but not scrupulously so—that common sense should lead.

And what about the financial model—should a newspaper be privately or publicly owned, for-profit or nonprofit?

Kushner argued that there is no difference between a for-profit and nonprofit enterprise, besides tax status—either way, revenue needs to exceed expenses. Banks said that a privately held business makes for a healthier newsroom environment because staff members don’t feel as if they have fluctuating stock prices hanging over their heads.

In the audience question-and-answer session, the panelists were asked about balancing big-picture coverage of the entire city and region with smaller community coverage.

Kushner said that the Register believes in both kinds of reporting, and publishes over 20 local newspapers throughout Orange County that feed into the larger Orange County Register for that reason. “The whole,” he said, “is made up of its parts.”

Woo added that there’s a difference between what people know and what they want to know. There’s a natural tendency for Angelenos to break their loyalties down to the smallest common denominator—to localize everything. And so newspapers need to transcend the boundaries we put around ourselves. 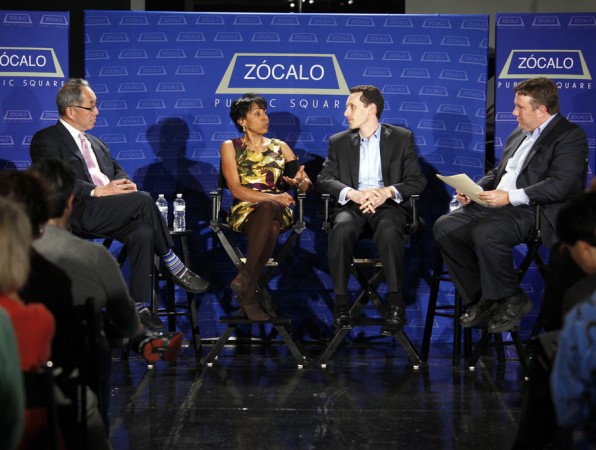 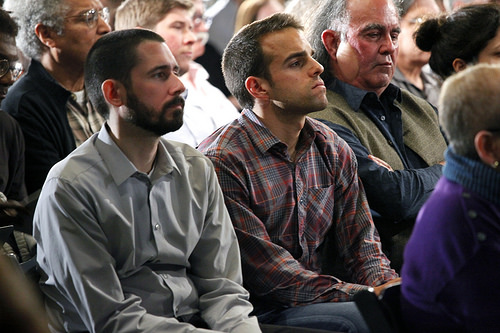 Journalists and non-journalists alike came together to discuss what kind of newspaper L.A. deserves 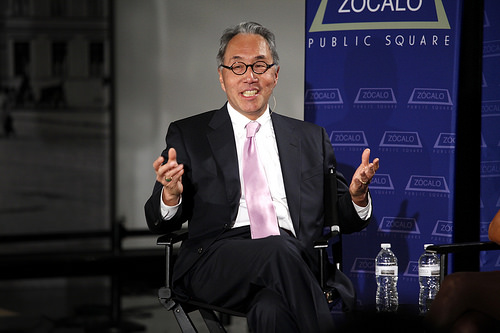 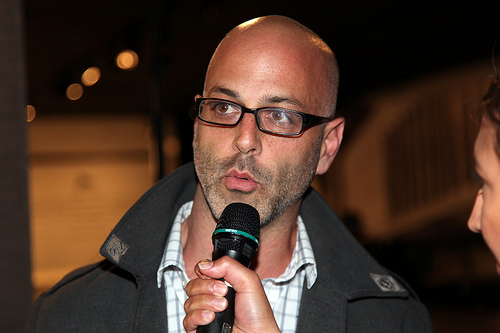 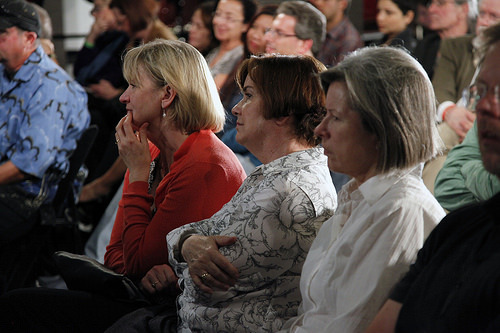 Guests at the Petersen Automotive Museum 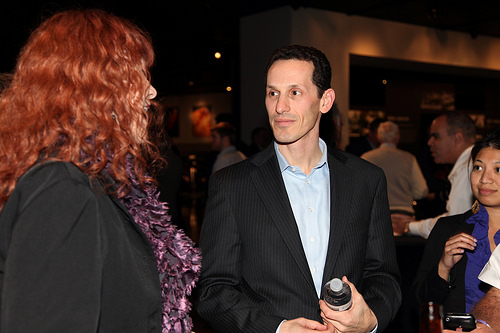