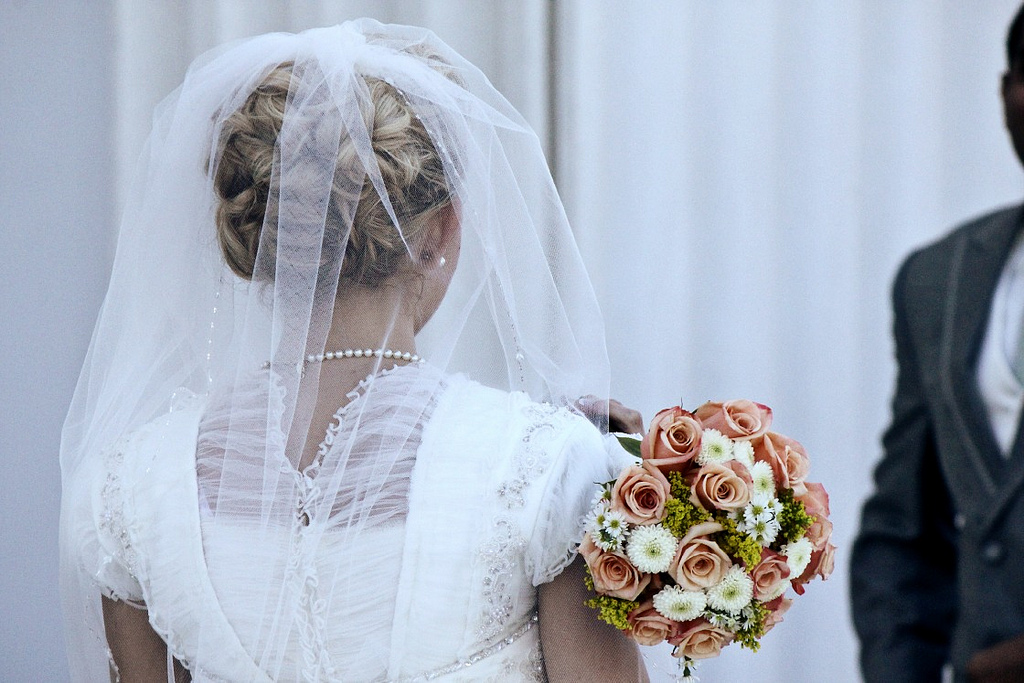 This weekend, The Accident gets hitched.

The Accident is my term of endearment (really!) for my baby sister Katie, who arrived, unexpectedly, 11 ½ years after me and seven years after my brother. She is scheduled to exchange vows late Saturday afternoon in L.A.’s San Gabriel Valley with her longtime boyfriend, Matt, in a big family wedding that (my mother would like you to know) is costing a fortune.

I thought this family milestone was a totally unremarkable story—hardly worthy of a column—until I came across some data on California and its families. In our state, a seemingly conventional marriage is now exceptional. And Katie and Matt—who, if encountered on the street, would appear to be fairly conventional millennial professionals—just might be radicals.

Marriage rates are declining across the country and the industrialized world, and married couples represent fewer than half of American households. In California, the trend runs even deeper: The state’s marriage rate has reached almost European lows. There are fewer than six marriages a year now for every 1,000 Californians, putting the state at or near the bottom of the nation. (The rate in Arkansas, for example, is nearly twice as high.) Matt and Katie are swimming against a strong tide.

In California and around the country, people who are tying the knot are waiting longer to do so. The reasons for this are much debated, but one factor seems to be how long it takes people to get through school and find an economic footing. Such waits are particularly long in high-cost places like the Bay Area, where Katie and Matt live. My sister tells me that people there keep telling her that she’s “pretty young” to be getting married. That’s flattering but not true. She’s 29, a couple years older than the average American (and Californian) bride.

A decline in marriages may not be worrisome in itself, but in California it has been accompanied by a rapid decline in the number of children. The number of children under 10 in L.A. County dropped by 17 percent in the last decade. Some demographers have raised alarm that the sliding birth rate, in combination with diminished immigration, is producing a child shortage in the state. We need to produce more future taxpayers to buy houses and support the retirements of the old.

It should be noted that, while the decline of big, married, mom-and-dad families has its costs, the rise of other kinds of family arrangements is good news, especially when the alternative might well be miserable marriages. The number of California’s one-person households is soaring. Households made up of people who aren’t related to one another also appear to be more common. And many couples happily choose to remain unmarried, perhaps as their forebears might have secretly wished to do. My grandmother, a San Mateo hippie-before-her-time who is 97, was married to my grandfather for 59 years, until his death. But she’s been telling me for years that if the mores of the 1940s hadn’t required marriage, the two of them might have happily spent life together unmarried.

Non-traditional attitudes about marriage are something of a California tradition. One reason that we’ve long had liberal marriage laws, like allowing people to get married without producing a public record, is because 19th-century clergy had such trouble convincing Californians to get married. The idea has been to make it easier so more people will try it. And the state itself was conceived in short and broken marriages. During and after the Gold Rush, California, so full of men, had some of the world’s highest divorce rates, since the relatively low number of women could be choosy about partners.

Of course, this is the same state that, through Hollywood, has produced images of families that have defined the traditional and conventional while also subverting it. For all the fluidity and variety in the household set-ups of today’s Californians, we still seem to yearn to fit today’s diversity into traditional molds. As Pomona College professor of politics Susan McWilliams pointed out during a talk at Pepperdine University last week, two of the more popular shows on television right now—ABC’s Modern Family and NBC’s Parenthood—are about big if somewhat unconventional California families that are tight-knit, have three generations living together, and are deeply tied to the community. (Each family has a member running for local political office.)

When we’re investing more venture capital than the rest of the country or shielding immigrants from federal deportation, California exceptionalism is a good thing. But it has a dark side too, from massively overcrowded prisons to the world’s most inflexible initiative process. Our exceptionally dysfunctional governance, in combination with our wide-open culture, can create voids that don’t get filled. They make life—long commutes, the difficulty of finding good schools for your children, the lack of housing options that don’t break the bank—much harder than it has to be.

I even worry about people with the resources of Matt and Katie. They commuted for three long years of attending law schools 60 miles apart (he at Davis, she at Berkeley). The law used to be a reliable profession, but not now and not in California. We’ve produced a glut of lawyers, nearly twice as many attorneys as there are jobs for attorneys. So far, they’re among the lucky who still have work, with my sister, in adherence to the family tradition of never turning an elite education into any real money, toiling away in an East Bay public defender’s office.

I’m tempted to use this occasion to give them advice. I might tell them that they should have gobs of California children—but that’s a job for my mother, who has an unsurpassed record of nagging on this and other matters (I have three kids). I might suggest that, once they have gotten married and thus presumably gotten the desire to be different out of their systems, they might choose to make their lives easier. Perhaps even switch to a less cutthroat profession.

But I won’t. They’ll continue to do things the hard way. They’re Californians. Mazel tov.