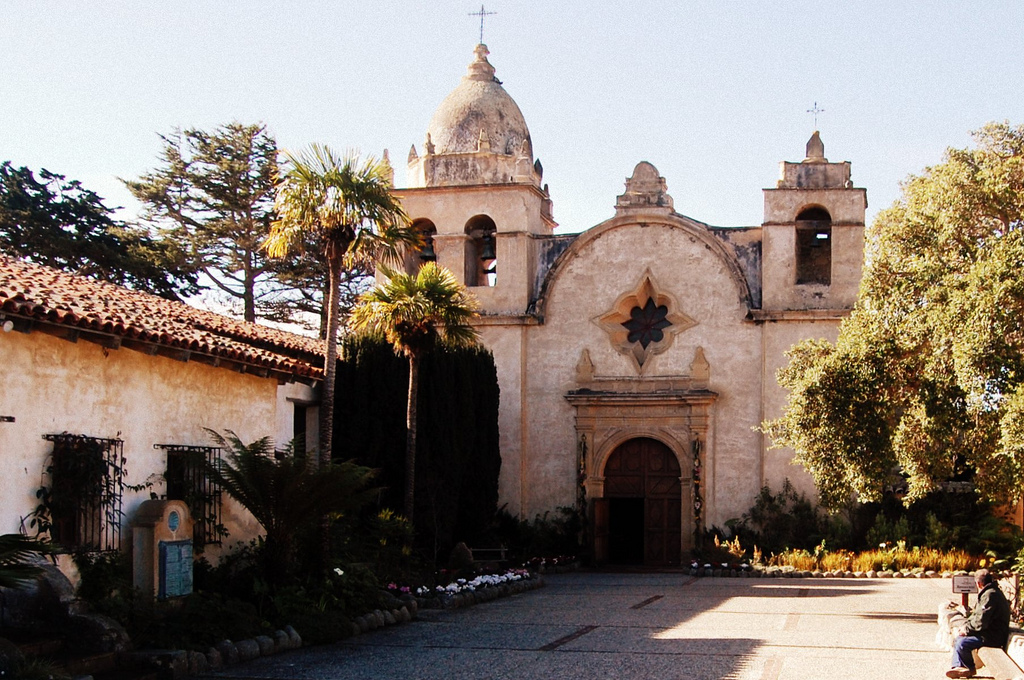 My mission was San Luis Obispo de Tolosa, and I’ll never forget it.

I was barely 10 years old when I wrote my school report on that 18th-century Central Coast mission. But for me, as for so many California elementary school-age kids before and since, my mission assignment was the first real school report of my life. The facts remain embedded in my brain (along with the lyrics to a lot of bad 1980s pop music): Mission San Luis Obispo was the fifth mission, founded in 1772, and the first to serve the Chumash Indians. It had a creek with famously delicious water. And there were so many grizzlies nearby that the mission’s valley was named “La Cañada de los Osos,” the Valley of the Bears.

The mission report is still a staple of California elementary schools. And, though it’s not mandated by law (and is not affected by the new Common Core standards, which focus on English and math, not history), the report remains one of a precious few traditions that connect Californians across the generations and vast distances. It’s also a memorable tradition, if my own informal survey of work colleagues and friends who grew up here can be believed; about half remembered the specific mission—of 21 throughout the state—they reported upon. Some friends even recalled building models of their missions (my teacher, Mrs. Hebgen, spared us that).

But, now that I’m middle-aged and my brain space is diminishing, I’m wondering if it’s such a good thing that my most memorable school assignment involved California missions that had their heyday two centuries ago. While understanding the missions is vital to understanding California history—particularly the collisions between native peoples and outsiders that shaped this mixed-up place—the missions themselves have little everyday relevance to the economic, educational, and cultural life of today’s California. We get so few chances to make a lasting impression on young minds—and we’re choosing to fill those minds with mission trivia.

So is it time to get rid of the mission report? The idea would be unappealing if it meant losing the signature exercise that so many California kids—and only California kids—have in common. And the missions do make a useful subject because they were part of a system, extending up and down the state, that attempted to connect California.

No, what’s needed is a thoughtful replacement. Which is why I propose preserving the tradition of an elementary school report for all California kids—but changing the subject to a far more relevant statewide network: our public universities.

Instead of assigning each fourth grader a mission for his or her report, assign each a different public university campus. The university report would fill kids’ heads with history and facts worth remembering. Understanding how universities came to be—and how they work now—is vital to understanding the economies, culture, and educational system of California. And while today’s elementary students are never going to be Indians at a Spanish mission, they very well might attend these campuses one day as students. Plus, our kids will eventually be voters who must help decide how we fund these universities.

Another benefit: The universities would provide more material for kids’ reports than the missions ever did. The histories of our public universities are far longer, richer, and more varied than those of the missions, and touch on virtually every subject—from sports to science, pediatrics to politics—that could interest young minds.

A young student who gets assigned UC Berkeley for her report would learn about the post-Gold Rush environment that produced the university, about discoveries from vitamin E to the flu virus, and about how California’s 20th-century success flowed in no small part from the fact that Berkeley was the world’s largest public university as early as 1912. A student assigned to report on the campus that is now called UC Davis would learn about the history of the cow in northern California (its roots are in ranches and dairies), about water rights (a donation of which made the campus possible), and about Prohibition (which temporarily shut down research and instruction in wine-making there).

I envy the student who gets to report on San Francisco State’s colorful history, all the way back to its origins as a school for training women teachers in 1899. And the histories of the California State University system campuses are treasure troves of stories about the stunning post-World War II growth of California. How the heck did Cal State Long Beach go from 160 students in a converted apartment building in 1949 to “The Beach,” today’s campus of more than 35,000 students?

The tradition of the mission report dates to an early-20th-century revival of interest in the mission period that culminated in the installation of a Junipero Serra statute in the U.S. Capitol in 1931. Back then, the missions were about as old to elementary school kids as our oldest public universities are to today’s young students.

A shift from a mission report to a university report is more than just timely. Because the average number of students in a fourth-grade California public school class has climbed above 26, the sheer number of universities—33 between the UC and Cal State systems versus 21 missions—makes university reports more practical.

I also have a suggestion for dealing with rebellious students who balk at doing their assigned university reports: Teachers could look to another statewide system—and assign the rebels to report on a state prison.

The history of San Quentin should scare them straight.