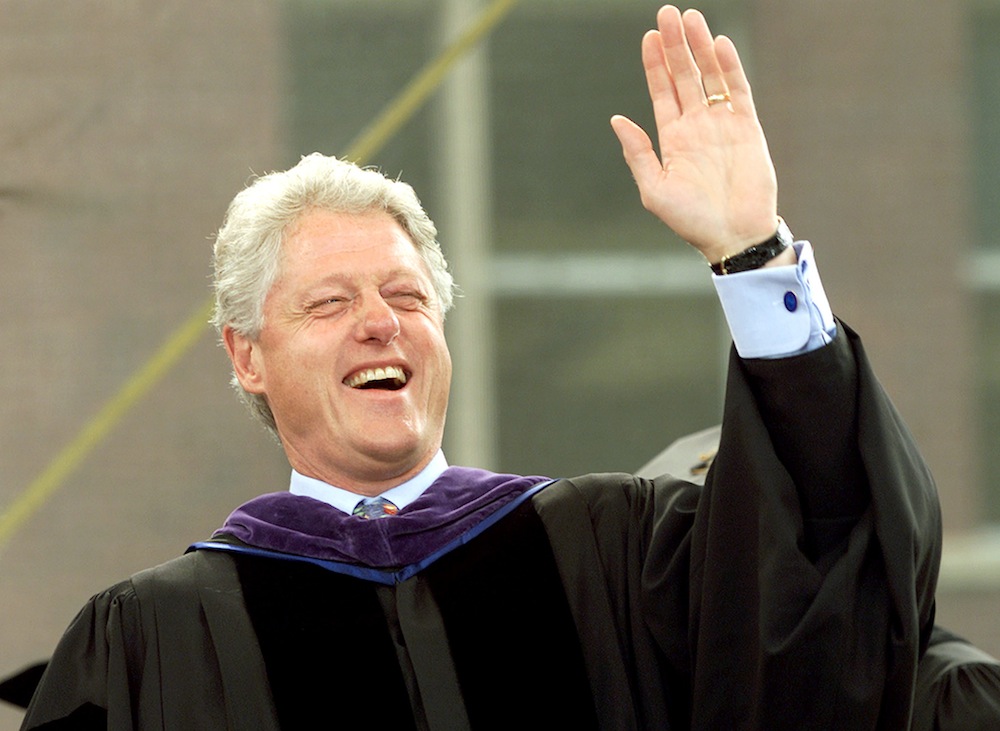 College presidents—and I was one for 22 years—have few more thankless jobs than procuring (and that’s the right word) commencement speakers.

The expectation of graduates and their families is that a big-time speaker will be there to put the cherry on top of the sundae that was their college experience (and all those tuition dollars). So expectations are high. The ideal commencement speaker is a household name, has landed on the moon, won a Nobel Prize and a few NBA championships, was on the cover of last week’s People magazine … and will bring front-page publicity to the school (like George Marshall’s announcement of the Marshall Plan at Harvard’s 1947 commencement), forever glorifying their graduation day.

This is a fantasy, and the commencement speaker may be a tradition that long ago outlived its usefulness. But the college president, sharing the platform with the speaker, has no choice but to be personally involved. Few mistakes on his or her watch will be more visible, or more challenging to avoid, than the wrong commencement speaker.

Start with the constituents. At many schools, the students are polled every year on their preferred list of speakers. The ones you’ve heard of (probably less than half, e.g., the rap artists) either carry a speakers bureau charge of $25,000 to $100,000— or will cost you even more in the support you lose from your biggest donors. And, anyway, you have no money to pay for a commencement speaker. “The honor of the occasion, receiving an honorary degree, it should be enough.” Right! That may work in the Ivy League and at flagship state universities, but not at 3,400 other institutions across the country.

You ask the faculty for their nominations and suggestions. Such input, after all, is a political necessity. But year after year the wish list is a round-up-the-usual-suspects roster of politically correct feminists and black activists and obscure scholars of whom none of the graduates has ever heard. And, not incidentally, these idealists often expect big fees as well (“For you, I’ll discount it to $20,000.”).

You can sometimes get elected and other public officials to speak without payment, but in a politically polarized world, they come at a different kind of cost. You can go for conservative Democrats and liberal Republicans, but there aren’t enough Chuck Hagels to go around.

(And, by the way, your chances of getting even a mention in the local news media, let alone the annual New York Times full-page article on the year’s best commencement speeches, are next to none. They have their own round-up-the-usual-suspects list.)

Throughout the selection process you must never forget your bosses—the trustees, who are also your biggest contributors—who must must sit through the entire commencement ceremony and, unlike the graduates, may actually listen to the speech. They’re sophisticated people, but you do not want to subject them to a 30-minute harangue.

So how do you find someone well-known (if not famous) whom you don’t have to pay, who will say something meaningful (if not memorable) but won’t get anyone angry, whom very different constituencies will applaud and see as a vindication of the university’s prestige … even while the school down the road just spent $100,000 to get Colin Powell!

In 22 years as a procurer of commencement speakers at North Central College in Naperville, Illinois, these were my strategies:

1) Use every single one of your personal and family connections. Both my doctoral thesis advisor and my son’s undergraduate thesis advisor (James Q. Wilson and Henry Louis Gates) were commencement speakers at North Central College during my presidency, as were the “dean of the Washington, D.C. press corps” (David Broder), a friend of my son-in-law’s family, and my son’s old boss at the Children’s Defense Fund (Marian Wright Edelman).

2) Exploit the institutional connection in any way you can. The best commencement speech I ever heard was by a North Central graduate’s husband: Joseph Hartzler, the prosecutor of the Oklahoma City bomber. The speaker at my last commencement was the head of the Peace Corps, Aaron Williams; he accepted our invitation as a favor to an alumna who worked as his deputy.

3) Be the first to ask them, so they still consider it an honor and aren’t blasé about it. This helped me secure the journalist Robin Wright at my first commencement in 1991; Lonnie Bunch, just after he was named head of the Smithsonian’s National Museum of African American History; and Christian Wiman, the editor of Poetry magazine during its 100th anniversary year.

4) Make it easy and fun. A number of out-of-the-box choices were locals to whom we could offer door-to-door service: Mary Schmich, whose faux commencement speech, entitled “Wear Sunscreen,” became a classic, and Marv Levy, a liberal arts Phi Beta Kappa who became a Hall of Fame football coach.

Did I ever write a speech for a speaker? I cannot tell a lie. A couple times they would not have come if I hadn’t. Did I ever find myself without a speaker with just a few weeks to go? Of course. I won’t tell who, but some of my last-minute gets were outstanding.

Any advice for potential speakers? Don’t do it unless you have something to say, and you can say it in under 15 minutes without quoting de Tocqueville. But don’t turn it down if it’s the first time. You may never get another chance.

Harvard University recently announced that multibillionaire and former New York City Mayor Mike Bloomberg will be speaking as part of this year’s festivities. The custom of a commencement speaker is nearly as old as Harvard. Although a few schools have traditions that avoid the hassles and controversies—e.g., only the president or a revered faculty member addresses the graduates—I doubt the commencement speaker will be phased out soon at most institutions.

Lincoln’s words at Gettysburg—“the world will little note nor long remember what we say here”—describe the reality of 99 percent of commencement speeches, as well as the two-hour oration by the principal speaker that day in 1863, Harvard president Edward Everett. But we’re all suckers in hoping that this commencement will be different, and what is said will live forever.