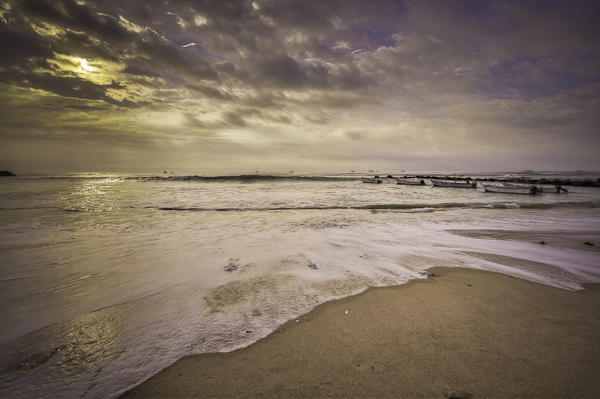 Zócalo’s daily humanities journalism aims to shed light on critical issues and trends that explain our shared human condition. Zócalo strives to do the same thing with the new poems we publish every Friday. We’re proud that, over the past six years, we’ve become a welcoming space for both established and emerging poets to share their work.

For the past two years, in conjunction with our annual book prize, we’ve honored the writer of the poem that best evokes a connection to place—which we interpret quite broadly. In 2012, Jody Zordrager won our inaugural prize for “Coming Back, It Comes Back,” a poem about returning home to Massachusetts; last year’s prize went to Jia-Rui Cook for “Fault,” a poem about the shifting ground on which Southern Californians live.

A record 400 poets submitted 1,000 poems to this year’s contest. They brought us to places we love (drive-in movie theaters, swimming lakes) and places we leave (1970s Detroit, the family farm), places we know like the back of our hands (a childhood bedroom, the backyard) and places we only imagine (Noah’s Mount Ararat, a room in a painting).

Ultimately, Zócalo poetry editor Stephanie Brown and the Zócalo editorial staff chose to honor a poem about a place you can go to watch time and the elements collide. We’re thrilled to award the $500 Zócalo Public Square Poetry Prize to Amy Glynn of Lafayette, California. Her winning poem takes the form of a ghazal (originating in the Middle East and South Asia) and explores that place where we can sit back and watch the tide roll out and come in:

slapping wrackline; it’s not about not-waving-drowning, or saved
from the big stuff, the depths we can’t sound, but hey, I’ll be around, wave,

no matter how you treat me now, you knave
rogue riptide. Never made or lost, we’re found, wave,

in change. Watching particles alters the way they behave
but so does the watcher’s desired outcome. We propound, wave,

that in fact we are asking to be caught inside, to be caved
in on. Each dawn the same long strands of littoral litter undrowned, wave

and eon to sand, and you see what is meant by depraved
indifference, and equipoise. Surf surfaces, the compound wave

inconstant in amplitude and in velocity, rave
on, bury details, be inscrutable and deemed profound. Wave

from the breakers. We manifest what we expect. What we crave
is a whole other story. So skim or delve, let the rebound wave

suck you back to the dream-sea. See. Suffer sea-change. See, change saves
you: ride it out; undulate under the blankets of ground wave

and Love wave, the great seismic shudder. It’s so moving. Brave
as we must be to bear it: no permanence, just the inbound wave

and the outbound. And if we’re to take this with us to the grave,
make it matter. Light up every neuron, love; love me spellbound. Wave

off all else. No one sees us but angels, and they don’t care. They’ve
seen and heard every angle; that’s being part light-wave, part sound-wave.

We spoke on the phone with our winner about the poem and the poet behind it:

A. The shoreline I started out envisioning is a beach in Nayarit, Mexico, an area called Punta Mita. Although the poem is not supposed to refer to any specific piece of shoreline, it happens to be that one that was in my head.

Q. Why did you choose to submit this poem to our contest?

A. Because I felt like there’s something about shorelines as a place that is sort of uniquely magical. It’s the part of the planet where air and water and land all kind of come together, and there’s something magical to me in that. Beaches are a favorite place of mine.

Q. Where do you write?

A. I have a tiny, walk-in-closet-sized office in my house where I tend to do most of my writing. I have a little, tiny window, and there is an orange tree out the window, and occasionally birds and little butterflies and things come to visit it. It’s not bad.

Q. What subjects do you find yourself returning to?

A. I’m really interested in natural history, and that has been a vein of my writing for a long time. It’s a funny thing because I was a really uniquely crappy science student in school, and I avoided it like the plague. I have no idea why I find it fascinating now. There’s a lot of really rich and exciting language in things like taxonomy. I’m not a physicist, and the things I read are layman-level stuff, but I really like reading about quantum mechanics, and I’m interested in the role quantum mechanics can play in multiple meanings. I’m a late-blooming science nerd as it turns out.

Q. What do you spend most of your time doing?

A. Driving children around. I have had the privilege of being able to be a parent the last few years, and I write in the spaces that appear in there. I do some other kinds of writing and copyediting: I’m a hired gun wine writer, an essayist. I fix annual stockholder reports for an investment bank. I’ve done all kinds of weird stuff—intellectual property law research, working in Silicon Valley for a dot-com, a personal assistant to a politician. Everything short of a stint pulling espresso at a Starbucks. That, luckily, never manifested.