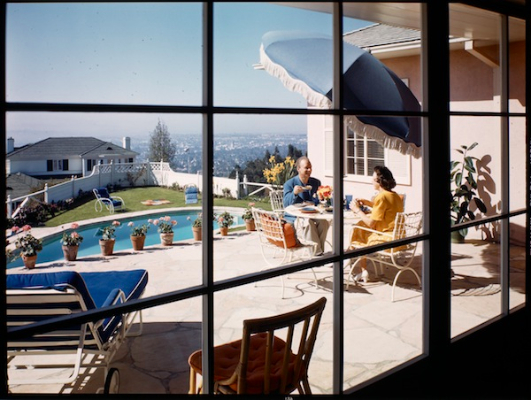 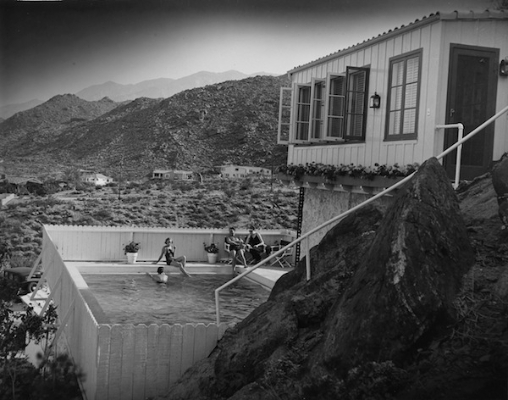 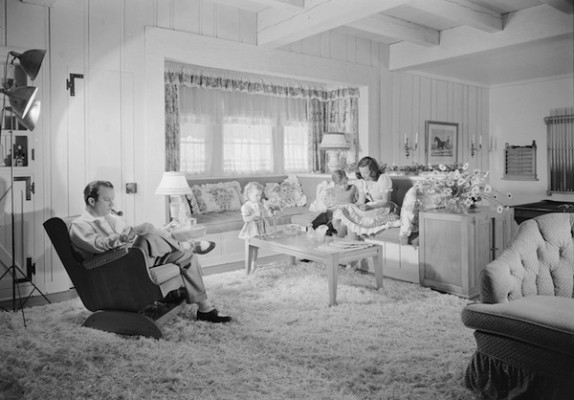 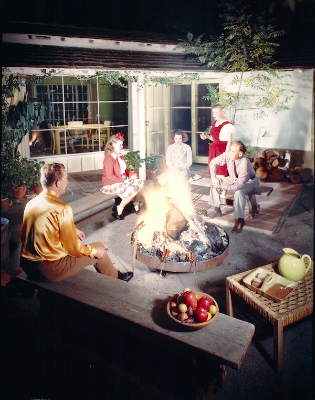 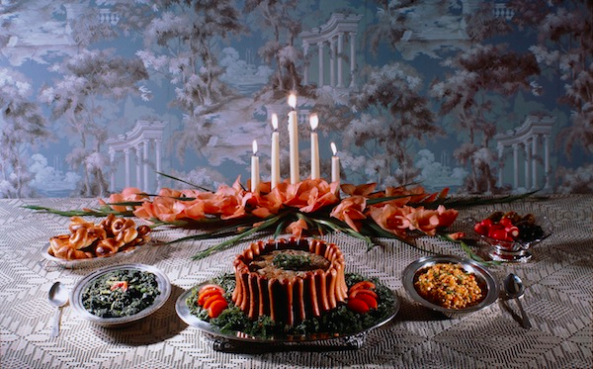 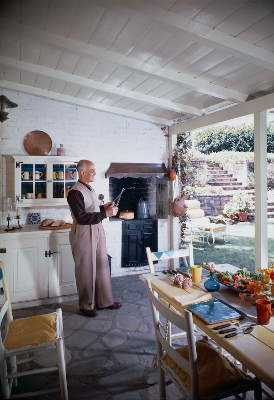 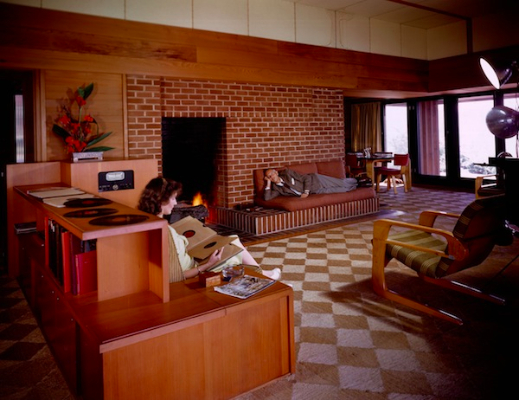 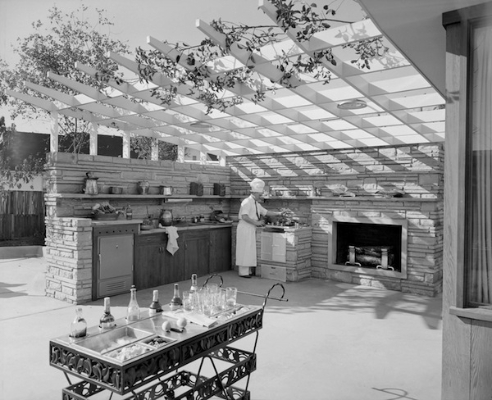 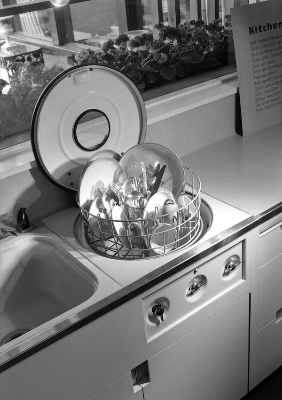 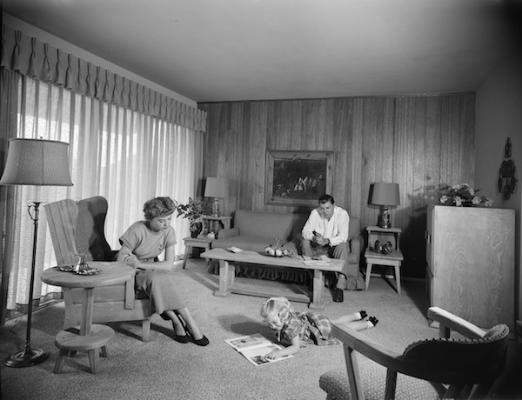 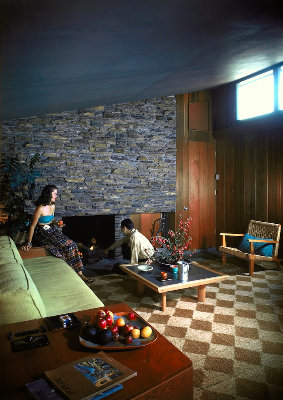 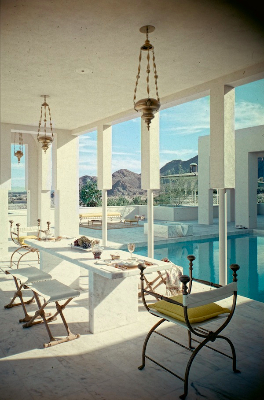 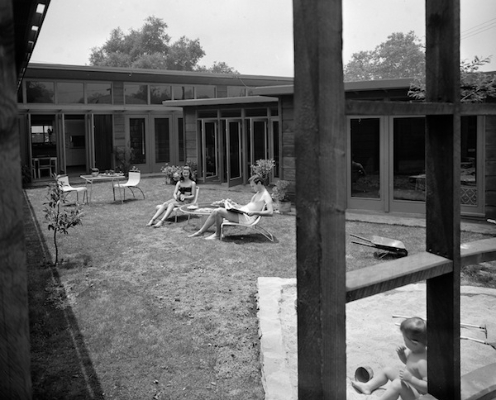 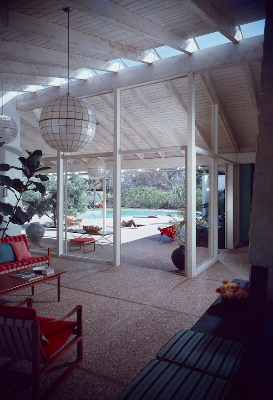 If you were a homemaker looking to entertain in the new suburbs that flourished after World War II, you might have found inspiration in the work of Los Angeles-based photographer Maynard Parker.

“These images are like stage sets for the greatest ideal of California living,” said Jennifer Watts, curator of photographs at the Huntington Library and editor of Maynard Parker: Modern Photography and the American Dream. “They make us believe we can live in that perfect, beautiful, sun-kissed world of parties and gracious living.”

At the height of Parker’s career, his pictures appeared all over—in magazines including Architectural Digest, Better Homes and Gardens, and Sunset, and in advertisements for department stores, furniture manufacturers, and suburban developers. He enjoyed professional relationships with the architect Frank Lloyd Wright and his disciples, and a close relationship with builder and developer Cliff May (who popularized the California ranch house).

Julius Shulman may be the better-known photographer of houses from the mid-century period—his images captured the stripped-down, carefully curated mod interiors, dramatic walls of glass, and boxy steel frames of Richard Neutra, Rudolph Schindler, and other stars of the so-called International Style of architecture.

But Parker’s images “were much more typical of how people were living at the time,” Watts said. “It was a kind of middle-class modernism.”

This was the aesthetic that the magazine House Beautiful, where Parker published many of his images, was cultivating at the time. The magazine’s editor, Elizabeth Gordon, believed that people should live a stylish but practical life with up-to-date conveniences (for instance: dishwashers) and warm, colorful pieces that showed the owner’s character. She featured photos in the magazine that spoke to women who needed help furnishing their homes to be beautiful—and practical for growing families with young children.

With the passage of decades, some of Parker’s images may seem a little kitschy or sentimental—what’s with the formal, candle-lit table whose center of attention is a round terrine surrounded by upright frankfurters? But there’s no doubt that Parker’s images captured some alluring moments of mid-century domestic bliss. They look so inviting you just want to pick up that wine glass and lie down in the empty lounge chair.

The Huntington holds 60,000 of Parker’s negatives and transparencies. More than 12,000 of them are available online.