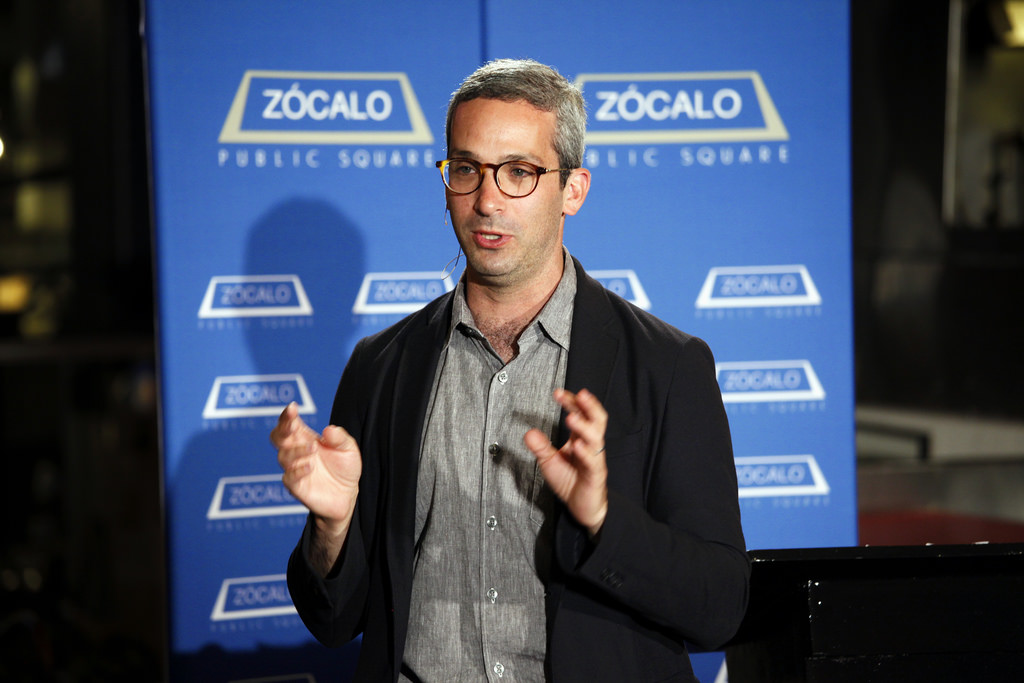 If you yell “cupcakes” to a crowd of Angelenos, how will they respond? How about “gluten-free”? Or “kale”? Or “bacon-kale cupcake”?

Journalist David Sax, author of The Tastemakers: Why We’re Crazy for Cupcakes But Fed Up With Fondue, opened his talk at the Grand Central Market downtown by asking the standing-room-only crowd to react viscerally to these words and phrases. While people cheered for “kale” and “bacon,” their response to “cupcake” was mixed—and they booed both “gluten-free” and “bacon-kale cupcakes.” The loudest cheers, however, were reserved for “food trucks.”

This response, said Sax, gets at the heart of food trends and why they matter to us. The people who booed “cupcakes” don’t dislike the taste of cupcakes; likewise, people who groan over our national bacon obsession don’t want bacon to disappear from diner menus.

But although we think our taste in food is individual, “our appetite moves together as a herd,” said Sax. From high-end restaurants to Albertsons, our dietary behavior is driven by food trends. “They are the edible zeitgeist,” he said—and they even move beyond the edible. The bacon craze has changed restaurant menus and spawned bacon T-shirts, a bacon coffin (which resembles but is not made of bacon), and a bacon-scented lubricant that’s sold tens of thousands of tubes.

To illustrate how a food fad comes about, Sax offered the Kogi BBQ taco truck as an example. In 2008, chef Roy Choi lost his job in the recession; he was unemployed and unsure of what to do next. The recession had also hurt the real estate business, and the catering trucks that had long fed construction workers were suddenly on the market. Choi and a partner bought a truck and opened a business making and selling Korean barbecue tacos. They announced their locations on Twitter and quickly went viral thanks to social media, as people shared information on the truck’s location and how long the line was, as well as photographs of the tacos. Despite operating without an advertising or marketing budget, the truck had people waiting on line for two hours.

In the past, said Sax, the Kogi truck’s popularity would have grown slowly by word of mouth. It would have taken years for the story of Roy Choi and his Kogi taco to be picked up by local and then national media. “The reason food trends are so pervasive,” said Sax, is because in the 21st century they “explode onto the scene.” Choi went from being a nobody to a household name in a matter of months.

Food trends start with an innovator, said Sax. That can be someone like Choi or an agriculture enthusiast who comes up with a new strain of kale. Then, the media (people like Anthony Bourdain or Jonathan Gold) pick up on it and share it with a larger audience. And, in turn, other “actors” take those trends and bring them to the masses. Sax asked Roy Choi how long it took for his food to be copied elsewhere; in four months, two other Korean taco trucks were driving around L.A. In eight months, Kogi’s pioneering Korean-Mexican blend was on the menu at California Pizza Kitchen.

Food fads matter, said Sax. They have culinary, economic, cultural, and political impacts. They introduce us to new culinary flavors—in the case of Kogi, the blend of Mexican and Korean flavors created a kind of “fusion 2.0” that melds the street foods of different cultures. Economically, food fads have tremendous impact, and not just in terms of money generated and taxes paid. A food truck costs as little as $30,000 to launch; a restaurant costs at least $100,000. The food truck trend has created an entirely new economic model for innovation. Culturally, food fads expand our horizons—as Choi did in building an interest not just in Korean-Mexican food but in traditional Korean food. And, politically, food trends can create large-scale change. In the wake of Kogi, food trucks banded together and stood up for their rights. Decades ago, the organic and local movement started with San Francisco chef Alice Waters but became a movement once people said they ate that way for the taste.

Food trends are the “start-ups” and “Silicon Valley” of the food industry, said Sax. They push us to eat something different. And, as a result, “we’re living at the best time to eat,” he said. And “that’s because of food trends.”

In the audience question-and-answer session, Sax was asked for his thoughts on the gluten-free trend.

He said that people pick up on buzzwords, from “gluten-free” to “Omega-3.” A study appears showing that “x” can possibly help with “y”—and therefore, we should start eating as much “x” as possible. However, Sax said he doesn’t think the gluten-free diet will last for large numbers of people, particularly with new scientific evidence that calls the existence of gluten intolerance into question.

Another audience member asked if food fads existed in antiquity.

Sax said that turducken might have roots in Roman times: Certain courts would “stuff one T-boned animal into another into another,” like matryoshka (Russian nesting) dolls. But other food fads with early origins have had real staying power. Coffee came to Europe from Ethiopia and took Vienna, and then Italy, by storm. Tea, too, was a fad at first. But the fads die off, and the real trends have an everlasting effect. 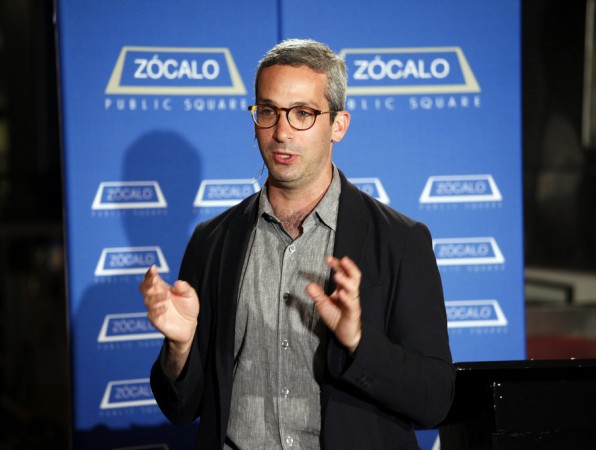 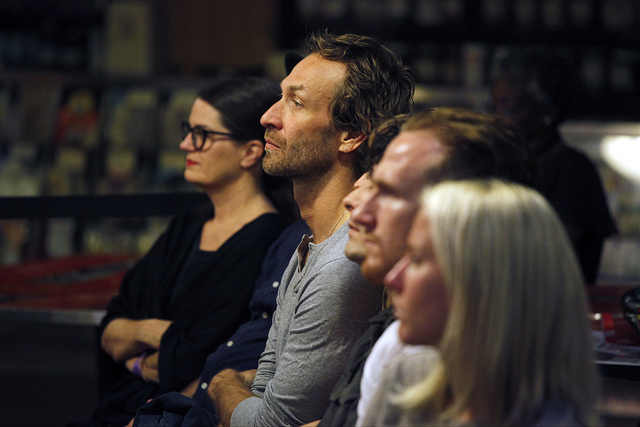 The audience at Grand Central Market 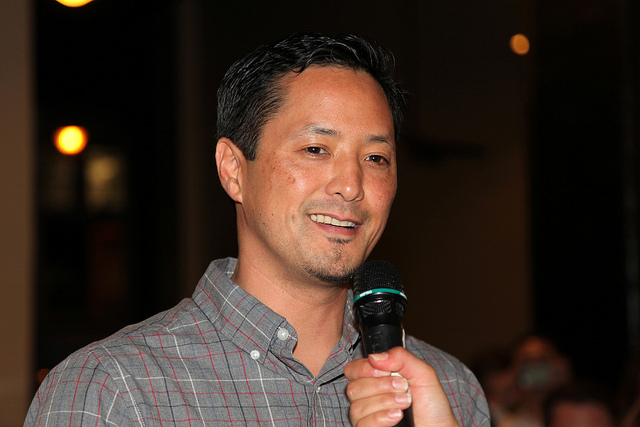 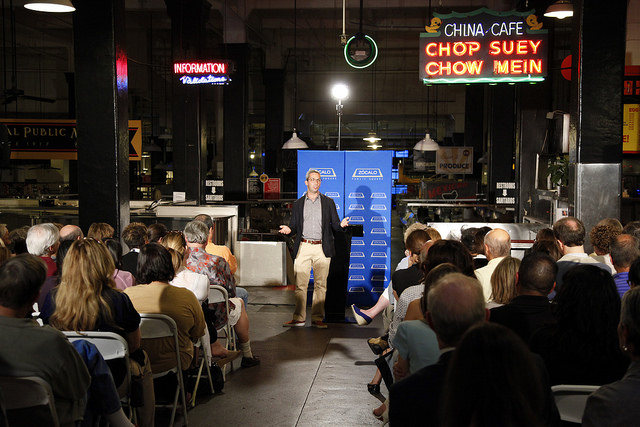 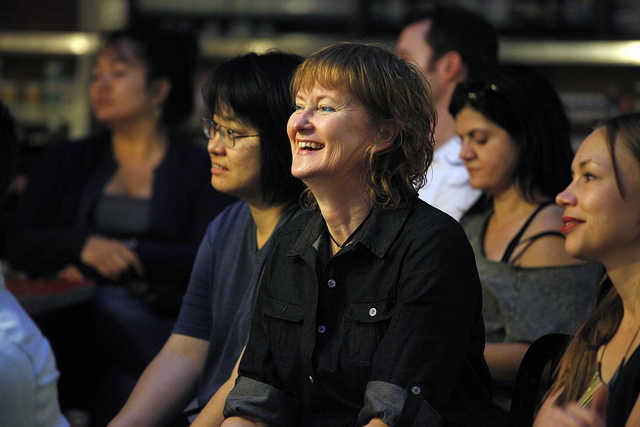 The audience offered their gut reaction to culinary catchphrases 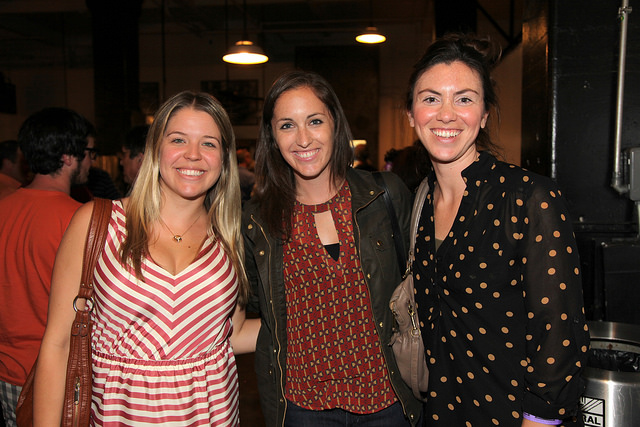