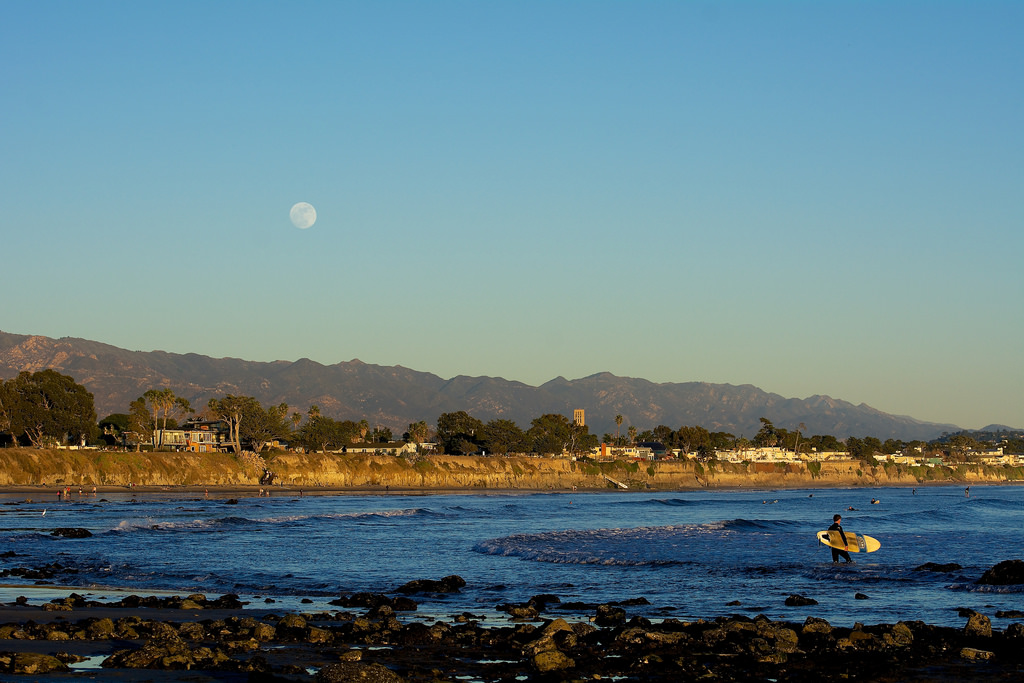 In reporting on Elliot Rodger’s shooting rampage through Isla Vista, the American news media described the setting for this terrible tragedy as sleepy and peaceful. A “quiet college town,” the Los Angeles Times wrote.

Isla Vista is a wonderful place, albeit in a strange way, but it is not sleepy or quiet. It’s a beach town that hosts nearly 20,000 residents—mostly college students—in just a 0.5 square mile tucked within the campus of UC Santa Barbara, except to the south where 60-foot bluffs overlook the Pacific Ocean and surfers frolic daily. Take thousands of kids with jillion-dollar sex drives living away from their parents in a setting where there are no social limits and the only adults are the ones leading classes over on campus—and you get a place that is boisterous, and never boring.

According to the 2010 census, only 12 percent of the town is over the age of 24. Isla Vista’s meager business district—inexpensive Mexican and Asian restaurants, coffeehouses, pizza and salad places, and the best bagel café you’ll ever find—is contained within a half block of the town’s central parks. The three new four-story apartment buildings have changed the downtown’s physical character but not yet its personality. Most everyone gets around on bikes—which lately are bright greens, yellows, and pinks—because parking a car is nearly impossible and because biking is so physically liberating.

In addition to the UC Santa Barbara students, who make up half the town, a growing number of students from Santa Barbara City College live in Isla Vista. (The shooter, Rodger, was one such student.) SBCC, which is 15 miles away, is a top two-year college that has no on-campus housing.

Isla Vista also has a significant contingent of working-class families, making it one of the Santa Barbara area’s four poverty “hot spots”—though there isn’t much interaction with the students. Then there’s a troublesome sub-culture of 75 or so grumpy adults, single-family residents clustered at the far west end of town. They are the town’s conservatives. Some 96 percent of Isla Vista’s residents are renters, but this small clutch of homeowners call themselves the “real” Isla Vistans, dismissing all the rest as “transients.” Unfortunately, their anti-student voice is the one most listened to by Isla Vista’s overseers—the county of Santa Barbara and the university administration.

Conflict in Isla Vista isn’t new. The place grew up from cow pastures and beach cottages after the university was located here in the mid 1950s. By 1960, Isla Vista’s population was 1,500. By 1965, it spiked to 7,500 because the good old boys at the county established “student-residential” zoning that permitted smaller setbacks from the ocean for bluff-top properties and fewer parking spaces per bedroom than anyplace else in the state. The university stepped in by setting a public goal of 25,000 students for the Santa Barbara campus, which made development financing easy. It also greased the sale, by local newspaper publisher and UC regent Tom Storke, of the 11 acres he owned next to the campus for $1.2 million. As his reward for kicking back half of that prize, the property, a plaza in front of the student center, and a bell tower were named in his honor.

Isla Vista’s 0.5 square mile had a population of 13,000 by the fall of 1969—the beginning of a school year that figures prominently in the histories of both UCSB and Isla Vista. Anti-war demonstrations in 1970 resulted in the razing of the local Bank of America, the shooting death by police of a student attempting to put out a second fire as the bank was rebuilt, and the tear-gassing and arrest of hundreds of peaceful students, townies, and local clergy at a sit-in in Isla Vista’s Perfect Park. All protestors were released the next morning by a judge who thought he was taking sides in an emerging civil war. A monument now stands in Perfect Park to all those people around the world who peacefully protested the Vietnam War. Two years later, Isla Vistans shut down the Santa Barbara Airport to prevent then-Governor Ronald Reagan from landing a few days after he called for a “bloodbath” to stop anti-war protestors.

A major community-building movement rose out of the ashes of the 1970 civil disturbances. Many of the movement’s projects were started by an elected Isla Vista Community Council and were funded by hundreds of thousands of dollars suddenly made available by federal and local sources—“tribute money” some called it, intended to curtail further rioting. The council’s purpose was to find or develop community consensus on important local issues and lobby the university and the county, which had the actual power and bucks, to implement programs. The council’s members were elected annually in special polling places located just outside official polling places on election day.

For 15 years, the Isla Vista Community Council was considered a major player in local government circles, but its influence faded as residents lost interest in advisory-level government. The council disbanded in 1988, a few years after the university and the county cut its paltry funding. But it left behind a significant legacy: a thriving medical clinic and youth and children’s center and a food co-op. The Isla Vista self-government movement also established a special district for parks and recreation services in 1972 that has thrived under community governance; over 40 years, Isla Vista went from having one park to 20 parks.

Isla Vista never became its own city. Three bids to do so—in 1973, ’76, and ’84—were snuffed out by a 4-1 Republican majority on a county board that determines whether communities can hold elections on cityhood—this in an era when Isla Vistans were voting 8-1 Democratic. And the neighboring community of Goleta rejected the idea of including Isla Vista within its boundaries when it was incorporated 12 years ago. So, Isla Vista drifts today under the thumb of its overseers—the County of Santa Barbara and the UCSB administration.

People who have heard of Isla Vista usually know two things—the bank burning and its rambunctious Halloween celebrations, which draw between 15,000 and 20,000 costumed partiers to its streets. The university, for its part, has moved some classrooms into town through the years, bought up a few of the larger apartment buildings, and sponsored some street art; student government recently made a major effort to increase its presence in town. Since 1970, the university also has supplied several of the officers for what is called the Isla Vista Foot Patrol, although most of the policemen are in cars or on bikes.

In recent years, the county’s biggest impacts on Isla Vista has been the approval of several new major apartment complexes, increasing the town’s density and parking problems. The county did step up—in response to a community outpouring—and acquired two central buildings it had previously scheduled for demolition and agreed to turn them into a community center.

Today, Isla Vista is best known for its youthful exuberance, proximity to the beach, absentee landlords, and conflict between authorities and those who drink and listen to live music on its streets.

In 2009, 15,000 people showed up to party on Isla Vista’s beach in a rite-of-spring celebration called “Floatopia,” enticed there by social media. Of course, they made a mess, but volunteers showed up the next day and cleaned up. Instead of bringing in trash bins and portable toilets for subsequent years, the county’s response was to close the beach. So the party moved to the beachfront street, Del Playa Drive, and was re-named “Deltopia.” This went on for three years with no major problems except dozens of arrests for underage drinking. But in 2013 a student fell off the bluff to her death while searching out a place to pee. Portable toilets had been considered too enabling by Isla Vista’s university and county overseers.

In April of this year, with more than 20,000 crowded into the streets in the two blocks closest to the ocean, a 17-year-old out-of-towner swung his backpack at an officer attempting to detain him for underage drinking, opening a gash on the deputy’s head. Seeing this, other officers rushed in with tear gas, igniting a stampede of partiers down Del Playa, smashing car windows as they fled. With 90 officers already deployed to enforce laws on drinking and live music, the sheriff called in another 100 officers from surrounding jurisdictions. The reinforcements shot off even more tear gas and rubber bullets in clearing the streets. More than 90 percent of those arrested and cited were not affiliated with UCSB; social media had brought them to Isla Vista. The sheriff estimated the weekend cost taxpayers $90,000.

But that hasn’t stopped the partying. Nor will the shootings. Nor will the fact that the new UC president is the former head of Homeland Security. Isla Vista still feels like liberated territory.