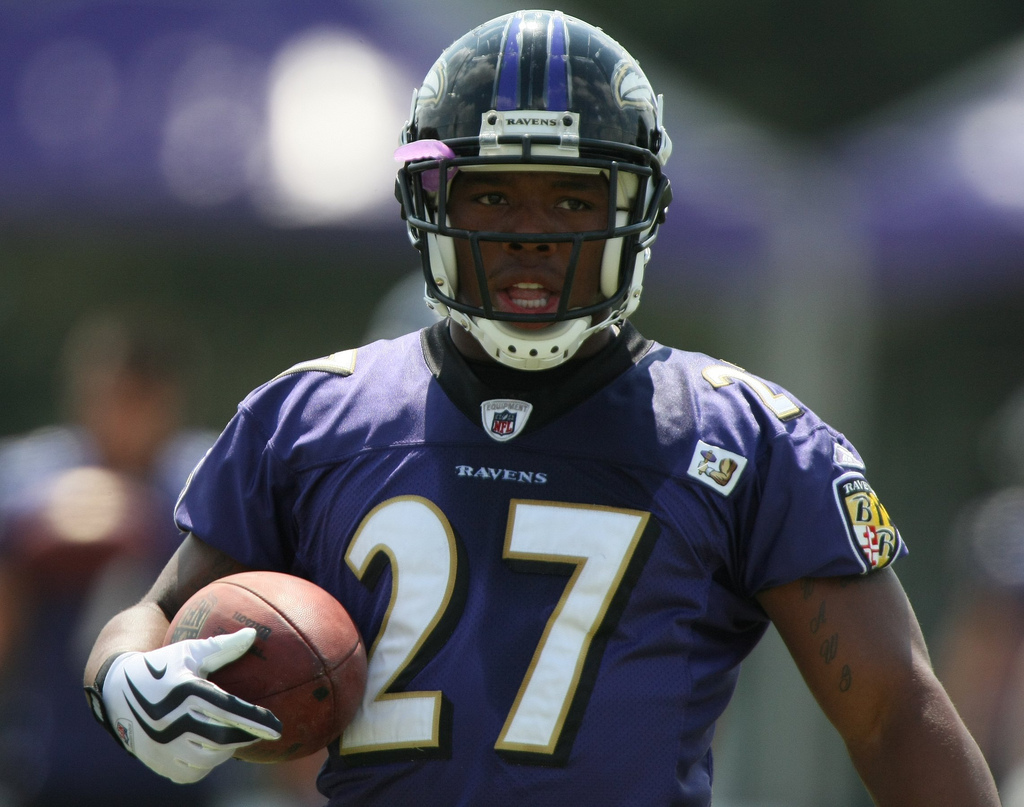 Most people laughed when I told them that I was only drafting ethical players on my fantasy football team.

Now, three weeks into the season, the laughter has stopped.

I am new to fantasy football, and I was ambivalent when I was asked to participate in a family fantasy football league in early August. At the time, the meager two-week suspension given to Baltimore Ravens running back Ray Rice for domestic violence was weighing heavily on my mind, and I’d just read about Cleveland Browns wide receiver Josh Gordon’s one-year suspension (since reduced to 10 games) for testing positive for marijuana use. These players’ behavior just didn’t align with my own moral compass.

But I’m studying media psychology, and I thought participating might be a good way to learn more about the fantasy football phenomenon. And the family league, consisting of my brother, son-in-law, brother-in-law, uncle, and nephews, needed one more team. So, after sleeping on it, I decided that I would participate—but I would only draft ethical players.

This decision made the challenge of picking a team even more challenging. I don’t follow the sport too closely, and I only had a few hours to prepare for the draft. I threw out a lifeline to a few women friends who are big fans and posted on Facebook asking for advice on ethical players.

I named my team the Exemplars. At the draft, which took place at our annual family gathering in Lake Chelan, Washington, the other “owners” joked that, had they known my strategy, they would have planned a team of felons and convicts and called them the Criminals. All agreed that I would never win. Fantasy football teams score points when their players score touchdowns and gain yards; there are no points for helping old ladies cross the street.

Right before I announced each pick I asked the room, “Is he ethical?” It became quickly apparent that everyone knew who wasn’t “ethical,” but not necessarily who was. I did the best I could, and as it turns out, my team was quite competitive for the season’s first two weeks; I won handily in week one.

But given the news, any “fantasy wins” feel rather hollow. In week one, the video of Rice punching his now-wife came out, and he was suspended indefinitely as the Ravens terminated his contract. Then, prior to week two, Minnesota Vikings star running back Adrian Peterson was indicted for reckless or negligent injury of a child and deactivated, while Carolina Panthers defensive end Greg Hardy was benched at the last minute in a belated response to a July 15 conviction for assaulting his ex-girlfriend. Last week the NFL announced that they’ve appointed a number of women executives to serve as advisors in crafting domestic violence policies and social responsibility policies.

All this has made me pause and think even harder about the makeup of my team. Is my squad ethical enough? Do I want a roster of players who play football well, and manage to keep their nose clean? Or do I want something more—a roster of Exemplars, players who truly embody my team’s name?

I’ve decided I want the latter—a team of players who work very hard to make a difference and give back. The media, and society in general, are caught up in the negative right now (and with good reason). But those aren’t the only stories. I want to find a way to highlight the positive.

This past week I have revisited my roster with the help of Google and some knowledgeable friends. And I’ve discovered something very sad: If I wanted to build a team of criminals, the Internet would make it quite easy for me. I found an interactive infographic of all the NFL player crimes from the last decade, sorted by position, criminal act, and team. I was, however, unable to find any comprehensive list of the good guys.

So I had to go down my roster, player by player and see what I could unearth. It wasn’t easy; I wanted more than players who show up for charity golf tournaments.

I found that my wide receivers are in good shape. Anquan Boldin of the San Francisco 49ers says his sole purpose on earth is to help people. His foundation, Q81, has been active for 10 years providing scholarships and Thanksgiving meals here in the states, as well as aid and micro-financing in Africa. Torrey Smith of the Ravens has a foundation that supports Baltimore youth and says he hopes to help 35,000 young people by 2016. Larry Fitzgerald of the Arizona Cardinals has taken multiple USO tours and participates in the NFL’s Play 60 to promote healthy lifestyles for children.

Admittedly, Adrian Peterson has also been widely lauded for his charity work over the years in Minnesota. It’s not always possible for us as fans to pierce the public persona of players—a persona often constructed by sponsors, agents, and consultants—to know what the individual is really like at home, and in the community, away from the cameras. But fingers crossed that my Exemplars won’t let me down!

As word of my strategy has spread among friends of my family members, people are coming out of the woodwork with suggestions for the Exemplars. I’m also getting major kudos for my selection of the Cincinnati Bengals defense. Bengals defensive tackle Devon Still’s 4-year-old daughter is battling cancer, and it was reportedly affecting his performance in training camp. Instead of cutting him, the Bengals moved him to the practice squad so he could keep his insurance. Last week the Bengals announced that the proceeds from the sale of his jersey would be donated to pediatric cancer research. The team raised over $400,000 in just four days.

A friend told me about Derrick Coleman, the legally deaf Seattle Seahawks fullback who spent the day before the Super Bowl giving away hearing aids to hearing impaired New Yorkers. Derrick seems to be a great guy, but he doesn’t pile up the statistics that excite fantasy football owners. Our fantasy football site features what percentage of all their leagues own a particular player, and Derrick is owned in just .02 percent of all leagues. That’s just not right! I added him to my roster last night.

I’m hoping that, in the future, there will be some way to dole out fantasy points to players who perform not only on the field but also in the real world. In the meantime, if you know a few players I should add, please share your suggestions. After all, bye weeks are coming up, and I have a few empty roster spots to fill.