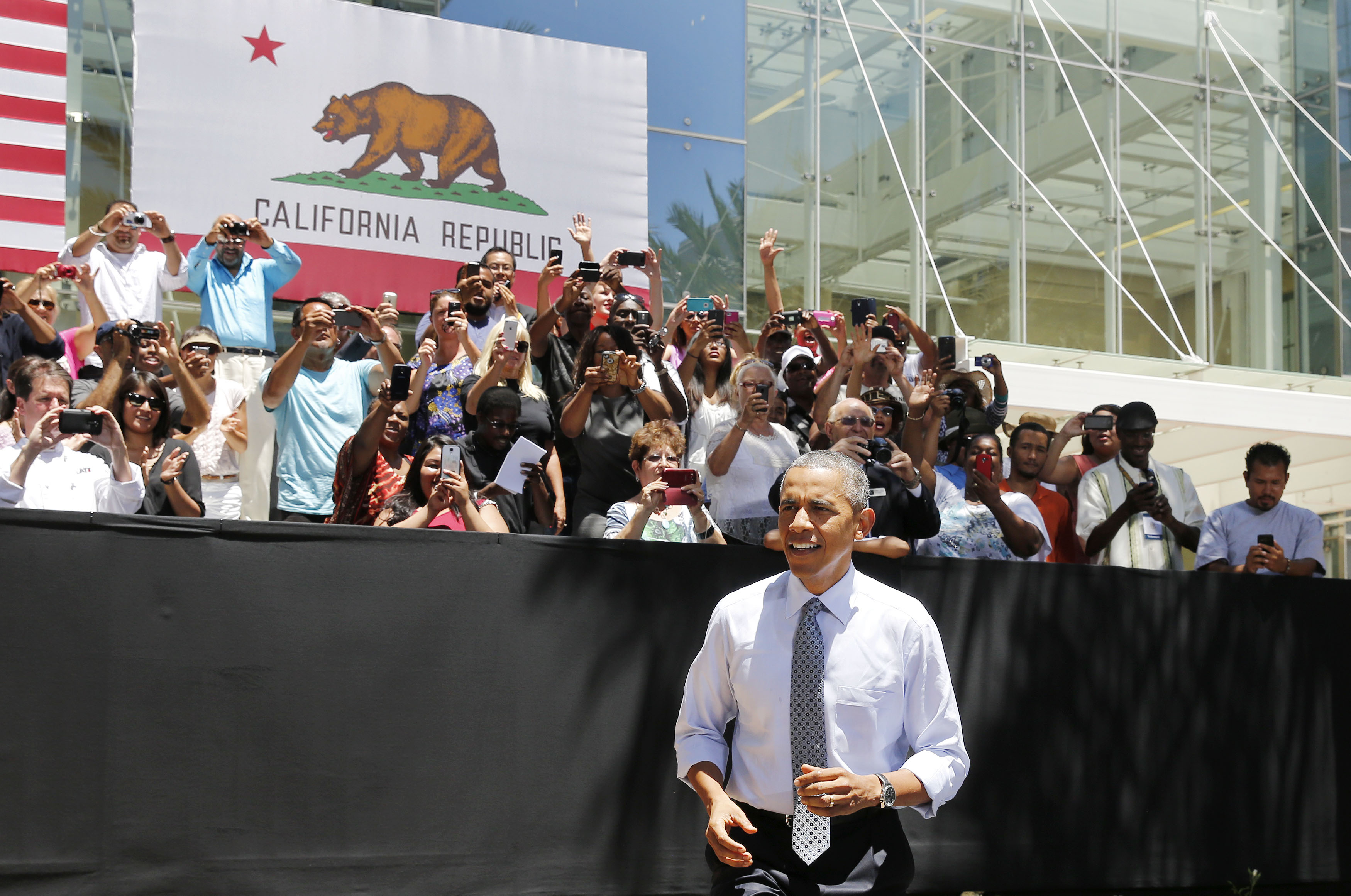 Mr. President, I realize such a statement may seem jarring to you and your strongest supporters. After all, our state (and this columnist) voted for you twice, and you and California are a near-perfect match on the issues. Heck, when you were first running for president, Maria Shriver said, “If Barack Obama were a state, he’d be California.”

A presidential visit to the biggest and most important state in the nation–3,000 miles away from the capital–ought to be an occasion to be anticipated, a moment of connection. But these days, I bet I could rally a majority of my fellow Californians for a proposition asking that you never visit again. And I wouldn’t have to talk about your recent political troubles or your record-low job approval ratings among Californians.

No, our fundamental problem with you is more personal than political. You, sir, have developed a reputation as a very poor houseguest.

We Californians pride ourselves on our hospitality to people from all over the world, not to mention family and friends who like to visit from weather-challenged places back east. But Mr. President, after more than 20 visits, you’re trying our patience.

You often show up with little warning about your itinerary or schedule. (Your excuse? That the Secret Service can’t disclose your movements for security reasons.) You and your massive security cordon proceed to cause hours-long traffic jams in a state that already has too many of them. And you put your basic needs over those of the rest of us; I was once two hours late picking up a child from daycare because you just had to stop at Roscoe’s, the fabled chicken and waffle place on Pico Boulevard in Los Angeles, during the evening rush hour.

So you’ll understand why I felt nothing but dread upon reading multiple news reports that you’re headed to Southern California next week to raise campaign money at the home of actress-turned-insufferable-lifestyle-guru Gwyneth Paltrow, she of the “conscious uncoupling.”

It isn’t just the traffic-related inconvenience that’s tiresome: It’s that your visits are about you taking, not giving. Almost all of your trips have been driven by political fundraising. You’re disrupting our lives so that the millions of dollars rich people might otherwise spend here will instead pay for mindless TV ads that bludgeon voters in Alaska and North Carolina. You rarely bother to engage Californians in conversation about the very serious problems we’re facing.

Is it personal? The one time you lived in California, you left early, transferring from Occidental College, on a blissful L.A. hillside, for Columbia University in pre-Giuliani New York. The nicest thing you’ve said about us in six years is that our attorney general is hot. And then you apologized for saying it.

While you might be our president, these days other leaders seem to do more presiding than you, engaging with Californians about California (as opposed to engaging only with rich Californians about political battles in more purplish states). Mexico’s Enrique Peña Nieto addressed a joint session of the legislature on his recent visit. Even the governor of Texas, Rick Perry, is much more of a presence in the civic conversation about California than you are.

We both want to take action against climate change, but your meager policy proposals seem like a drag while we forge ahead with cap-and-trade and carbon reduction. We both care a lot about adapting to new technologies, but you’re squabbling with Silicon Valley over government surveillance (the Facebook and Google guys like to be doing the surveillance, not getting surveilled) and privacy.

Frankly, it feels like you’ve taken California for granted. Even the biggest things you’ve done for us–Obamacare, the stimulus package when the Great Recession hit–can feel like disappointments.

The Affordable Care Act has covered more than 2 million Californians, which is great, but it also neglects more than 2 million of us: undocumented immigrants. Including them would have been a heavy lift politically. But you’ve been suspiciously more interested in deporting our undocumented neighbors and preserving your party’s political advantage than legalizing Californians who are deeply embedded in our communities.

As for the stimulus, that legislation, while providing billions in state aid to California, was not nearly enough to offset the huge budget cuts forced by the recession (and by, let’s be honest, our own broken budget and tax systems). The stimulus included very little money to help with our state’s massive infrastructure needs, estimated at $800 billion. You were asked to do more to prevent big budget cuts here–state officials begged your administration for loan guarantees to get us through the worst times–but your administration said no. The result: California spending on schools and health remains at low levels, even with the economy recovering.

Yes, you and your aides and people in other states might grumble: Why should California get special treatment? Because, Mr. President, we really are special. You simply can’t accomplish your biggest goals when your biggest state is in the shape it’s in.

Your trips here have come to feel like those political fundraising e-mails that keep arriving this time of year. You’re spamming us, Mr. President. And if you can’t find it in yourself to–and I use this word advisedly–change, then maybe you should stop visiting for the rest of your presidency. We’ll be happy to see you again when you’re out of office, and your security and its traffic impact have been reduced. Maybe you’ll even stick around long enough to talk to us.