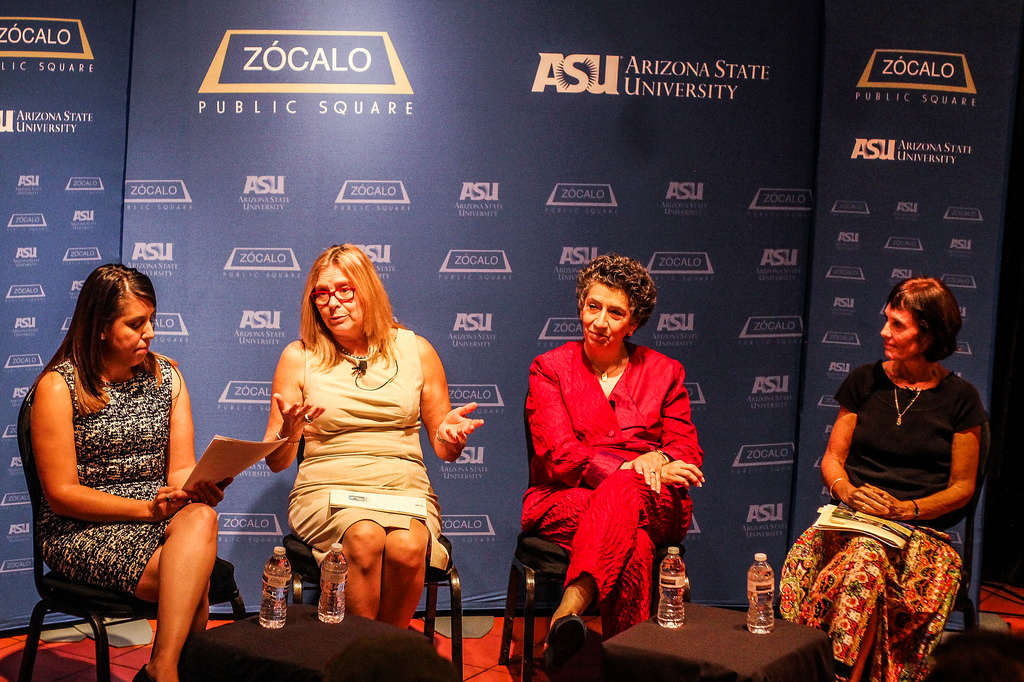 The World Economic Forum ranks the United States 52nd in the world in the quality of its math and science education. What are we doing wrong? Arizona Daily Star education reporter Alexis Huicochea opened an event co-presented by the Arizona State University Mary Lou Fulton Teachers College on the state of science, technology, engineering, and mathematics (STEM) education in America with this question.

ASU science education scholar Dale Baker said that there are three reasons the country is lagging behind. She warned the crowd at the Hotel Congress in Tucson that they weren’t going to like the first reason: “We have local control.” Higher-performing countries have a unified curriculum run at the federal level—rather than by locally elected officials. The second reason, she said, was that teachers in other countries are better prepared: Elsewhere, more than 60 percent the training teachers receive is in their specific content areas. And the third reason, she said, is that education funding is more equitable in other nations.

However, Linda Rosen, the CEO of Change the Equation, said that the U.S. has long been in the middle of the pack—since the 1960s—when it comes to science and math test scores. But we still had enough scientists to put a man on the moon and to sequence the human genome, she said. Nonetheless we need to up our STEM game: Today, more occupations and jobs require science and math backgrounds than ever before.

The Common Core—a new set of national education standards designed to replace states’ varying benchmarks—are poised to change how STEM is taught around the country. But the panelists disagreed on whether this is a good thing.

Baker cautioned that the Common Core emphasis on reading and writing means that students will be doing less science.

But Tucson Unified School District science program coordinator Joan Gilbert said she is “hopeful” about the Common Core. In Arizona, state standards are “very, very foundational, and there’s so much more we can do with our kids,” she said. Plus, integrating science, math, and writing means that we are preparing students to better communicate ideas.

How big a hurdle, Huicochea asked the panelists, is funding?

Money is “critical,” said Baker; laboratory equipment, for instance, is necessary to advance science. But, she said, U.S. teachers’ salaries are comparable internationally.

Rosen agreed, noting that it’s important to put funding in the right places. Teachers who are surveyed generally say they’ve gone into the profession not for the money but because of the value it brings to society.

Gilbert agreed that putting money into facilities and equipment is important; she said that many of the teachers she meets in Arizona pay for their classroom materials out of pocket. But teacher salaries can also make a difference: “We are having a terrible time recruiting and retaining teachers,” she said.

Baker said that respect is an issue for teacher recruitment. In other countries, teachers are highly respected; in the U.S., however, “it’s not a status profession.” She said that if we gave teachers more respect, more people would step up to become teachers.

We also need to recognize that the route to the profession has changed dramatically, said Rosen. When she started her career as a high school math teacher, there was just one way to land a teaching job—earn a degree, then get licensed by the state. Today, we’ve created all sorts of alternative pathways to certification. At the same time, young people are changing jobs and careers much more frequently than in the past. Most teachers, she said, stay in the classroom for five years or less—and we need to recognize that we can still benefit from their passion, knowledge, and expertise in that limited amount of time.

Baker cautioned that it takes five years to develop the needed expertise—and that this kind of turnover is problematic. But, said Rosen, this kind of churn has become typical in many different professions—and needs to be accounted for.

Only 16 percent of American high school seniors are interested in pursuing STEM careers, said Huicochea. How do you raise their numbers?

Start early, said Gilbert. We need to think about STEM even at the preschool level—an age when kids are naturally curious about the world. And, teachers at all grade levels should show students how theories work outside the classroom. “Kids are hungry for real problem-solving skills,” she said—whether the problems are in their backyard or halfway across the world. Teachers can use that hunger to their advantage.

It’s not just about policy, however; the country needs to make changes in our attitude toward STEM education as well.

Baker said in other countries, being good at math and science is not seen as an intrinsic characteristic. “We have to change our culture and perception of who’s good at STEM,” she said. “Anybody can be good at STEM.” Every person who votes on a ballot initiative needs to be STEM-literate, she added.

Baker also spoke to racial and gender disparities in the STEM fields. A lot of STEM professions maintain “a very, very masculine culture,” she said, where women feel “uncomfortable and unwelcome.” And non-Anglos must contend with stereotypes that tell them they don’t belong in a particular field or can’t do a particular kind of work.

Rosen said that it’s helpful to disaggregate the STEM fields in addressing this kind of issue—60 percent of biology majors, for instance, are women. But the number of women in computer science has gone down in recent years.

So what can the U.S. learn from other countries’ STEM success, asked Huicochea.

Rosen said that question might not be as helpful as it seems. When she worked for the U.S. Department of Education, she recalled meeting officials from high-performing countries who were still jealous of American innovation. “‘We can whip your pants on assessments,’” she said they’d tell her, “‘but we don’t have any of your creativity.’” 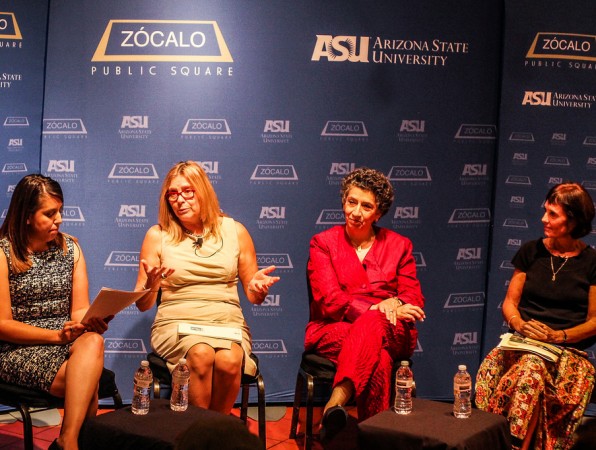 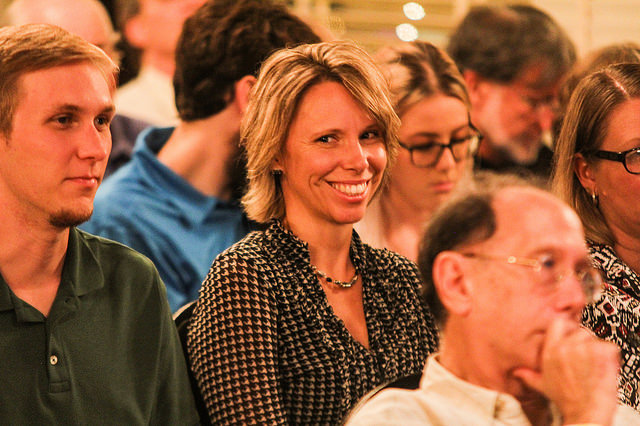 Audience members at the panel 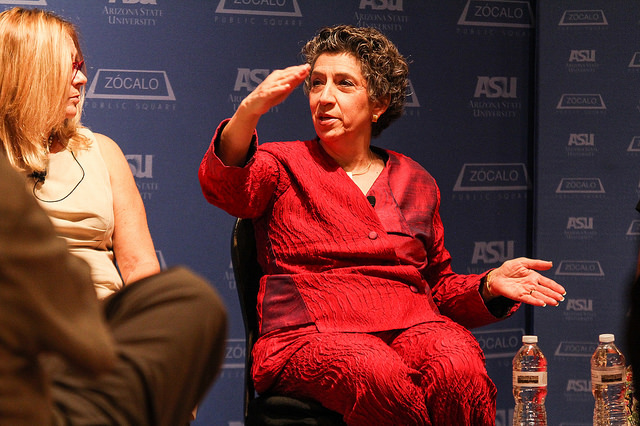 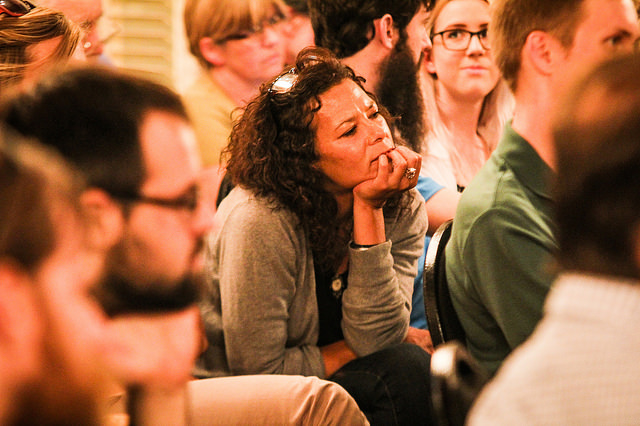 Listening to the panel 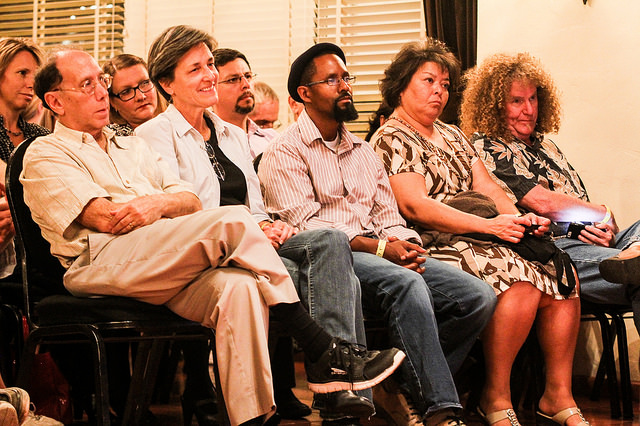 A large crowd gathered at the Hotel Congress 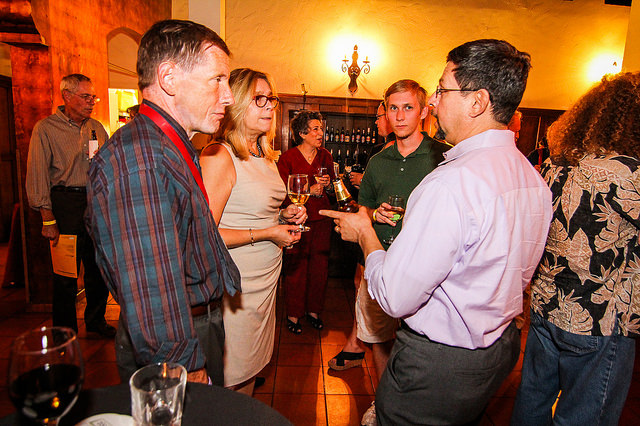