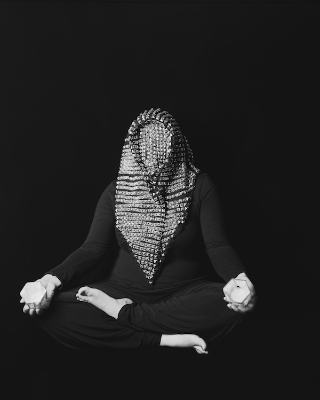 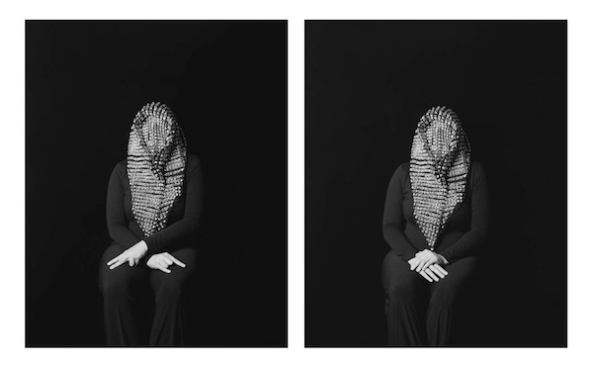 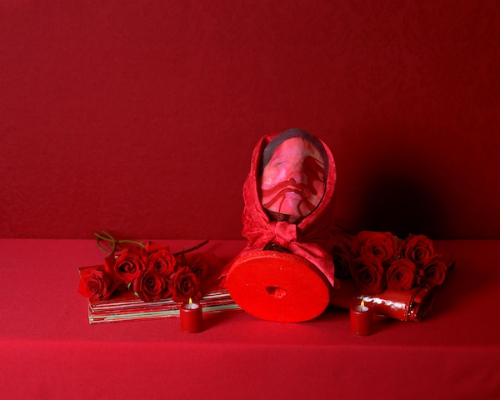 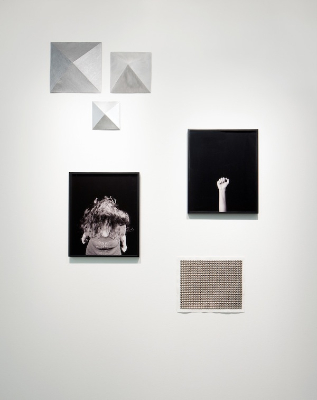 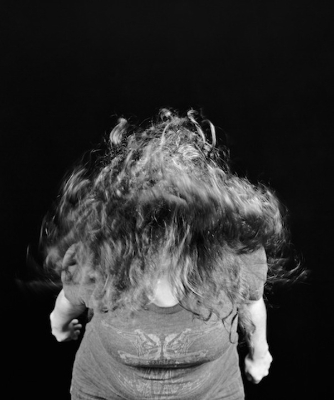 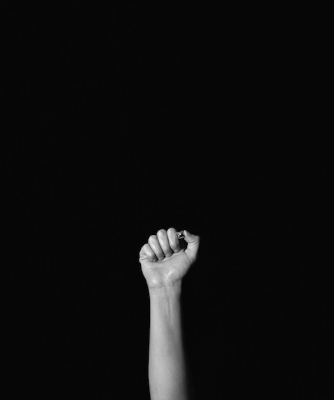 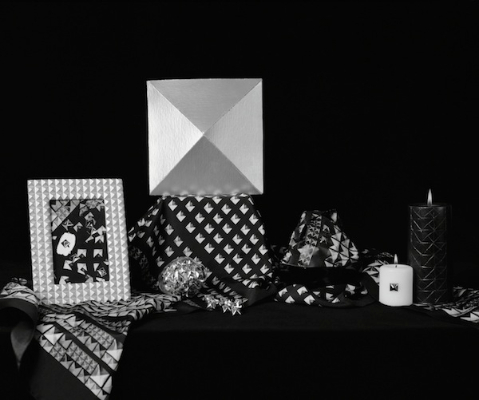 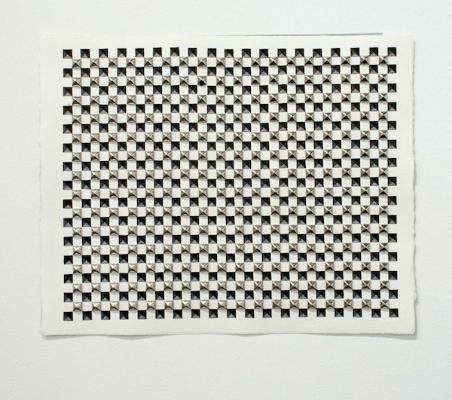 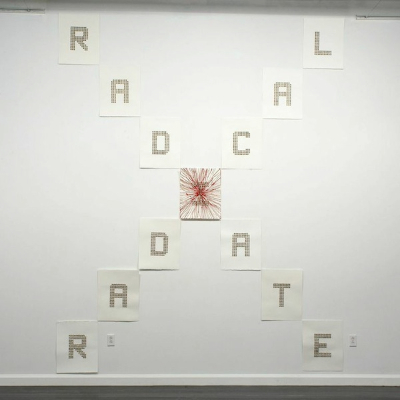 In the 1980s, punk rockers wore black leather jackets dotted with metal, pyramid studs to signal their rebellion and toughness. Today, those studs are a popular fashion embellishment found on everything from designer high heels to inexpensive T-shirts. They’re also—in the hands of artist Roya Falahi—creative fodder to explore politics, music, and identity.

“Study of Studs,” an exhibition of Falahi’s work at the Vincent Price Museum at East L.A. College, includes a series of studded and masked self-portraits. After covering a hijab and mask in hundreds of studs, Falahi photographed herself wearing it, carefully posed, in front of a black backdrop.

The studded hijab may have been uncomfortable to wear for hours at a time, but it also had a transformative effect. “It felt like armor, protective, hardcore … it felt rebellious,” said Falahi. “Wearing the hijab made me feel like an everyday warrior.”

Falahi did not grow up in the Muslim faith or wearing hijabs in her Iranian-American family in San Diego, but she did have to wear a head covering once when she was 6 and visited family in Iran. She was attracted to how the head covering allowed her to inhabit a new form and identity.

She keeps a thoughtful eye on events unfolding in the Middle East, given that more than half of her extended family still lives in Iran. She explored her unease with the Iraq War in an all-red 2006 photo series called, “Camo. Tactics (It smells like blood).” In “Layers of Unrest 2009/Roya as Neda,” she thought about how Neda Agha-Soltan, a woman who was killed during protests against the 2009 Iranian presidential elections, could have been one of her aunts or cousins. She also wanted to give new meaning to a haunting image that appeared over and over again in the media.

But these aren’t traditional or religious works. Her pieces also have an edge—like the dark, heavy, distorted guitar sounds of the first band she fell in love with, Tool. In works like “Study of Studs/Headbang,” you can see her in the middle of a head bang.

Though she pulls inspiration from art, culture, and current politics and uses the same 4-by-5-inch (film) camera she discovered as a graduate student at UCLA, Falahi says she is more interested in abstract studies these days. The large format film allows for rich detail in work like “Study of Studs/A Small Section of the Infinite Night Sky, Repeated,” a still life that suggests twinkling stars in the night sky. The studs are still there, but now they are being transformed.

“Study of Studs” is on view at the Vincent Price Museum until December 6.