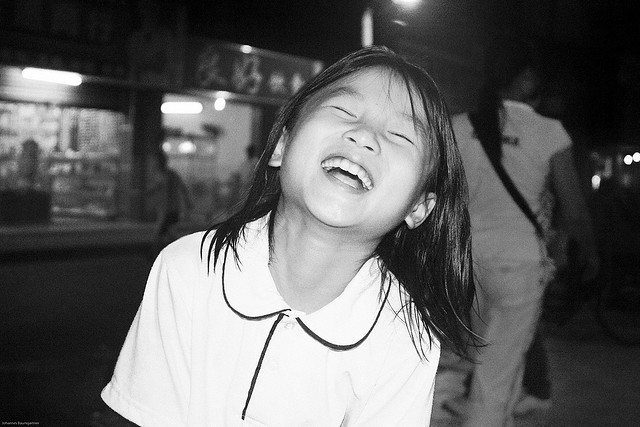 In her classic reinterpretation of Western history, The Legacy of Conquest, Patricia Nelson Limerick writes of an entrepreneurial young man in St. Louis eager to get in on the 1849 Gold Rush. He hands over $200 to a fledgling new carrier called the Pioneer Line that promises comfortable and speedy (60 days, give or take) coach service to the coast, food and drinks included.

Things don’t go as smoothly as advertised. Passengers have to walk part of the way on account of the wagons being overloaded and the ponies being spent. Many travelers die on the voyage, some early on from cholera, others later from scurvy. Once in San Francisco, the young man finds he is too late to the party, struggling to make a living taking menial jobs and distraught that his letters back home take up to six or seven months to arrive.

I can relate. On a recent flight out West, for which I also plopped about $200, we were ordered off the plane after we’d already boarded on account of some mechanical issue, then were forced to wait while United reassigned another aircraft. We made it to Phoenix a full three hours late. I don’t think any of us picked up scurvy along the ways, but things were pretty rough: The onboard Wi-Fi wasn’t working, the flight attendants ran out of Diet Coke, and the guy in front of me reclined his seat so that it nearly touched my knees. Cross-country travel remains ghastly, even when you have a book as good as Limerick’s to entertain you.

The “good old days” are a figment of our imagination. Life–here, there, everywhere–has never been better than it is today.

You see where I’m going with this, don’t you? That’s right: Let’s stop whining already–at least for this holiday season. We’re so spoiled we can’t really relate to how bad previous generations had it.

The “good old days” are a figment of our imagination. Life–here, there, everywhere–has never been better than it is today. Our lives have certainly never been longer: Life expectancy in the U.S. is now 78.8 years, up from 47.3 years in 1900. We are also healthier by almost any imaginable measure, whether we mean that literally, by looking at health indices, or more expansively, by looking at a range of living-standard and social measures (teen pregnancy rates, smoking, air-conditioning penetration, water and air quality, take your pick).

And in the rest of the world, the news is even better. Despite all the horrors in the headlines, fewer people are dying these days in conflicts, or from natural disasters, than in the past. The world has its obvious geopolitical divides, but a nuclear Armageddon triggered by the reckless hostility of great powers doesn’t loom large as a threat, as it did not long ago. Most impressive of all, the number of people in the world living in dire poverty has been cut in half since 1990, fulfilling a key U.N. development goal that once struck many as unrealistic. With infant mortality rates plummeting and education levels rising all over, people are having fewer kids and taking better care of them. In most of the world, the new normal is to send girls to school along with their brothers, an accomplishment whose significance, development experts will tell you, cannot be overstated.

Even as Americans, we don’t have to compare ourselves to our 19th-century forefathers–or to the Pilgrims–to appreciate how life has become better. Things have improved drastically in our own lifetimes. Remember how unsafe cities were not long ago? How we used to smoke on airplanes? How our urban rivers used to catch fire? Reported violent crimes in the United States are down by half since 1993. And consider how much more humane our society has become. We still suffer from inherited racial, gender, and other biases in our society, but to a far lesser extent than in the past; the bigoted among us are finding less and less acceptance. We’ve adopted a default tolerance of others’ choices and values–think of the revolution in attitudes toward gays over the course of one generation. Americans’ ability to pursue happiness as we see fit has never been greater.

And when it comes to how we communicate, entertain, and learn from one another, we might as well live in an alternate universe to the one we inhabited as recently as the 1980s. Today more than 70 percent of homes have broadband connectivity, and more than 90 percent of American adults have a cellphone. (Remember rotary phones?) If you ever feel bored, your 1980s doppelganger should appear before you in the middle of the night—and just slap you.

And no, growing inequality is not the hallmark of our era. On the contrary, when you look at the human community as a whole, the present time will be remembered for the expansion of the global middle class, and the democratization of living and health standards that once were the privileged birthright in only the wealthiest societies. A few months back I sat through a riveting presentation by Steven Rattner on rising inequality in the U.S., but his most telling slide (arguably undercutting the rest of his talk) was his last, entitled “to end on an optimistic note,” that put the issue in a global context. It showed that most of the world’s workers (as opposed to the middle classes in the most developed countries) have seen their incomes rise in the last 30 years at a rapid clip, much like what’s happened to the super rich.

No one has done more to propagate the notion of a “great convergence” of living standards in the world than the charismatic Swedish development economist Hans Rosling. Go online this holiday season and check out his dynamic graphs that chart countries’ life expectancy and incomes over time since the Middle Ages. They will make you smile, and be thankful. His graphs make humanity look like a flock of birds taking flight, with the U.S. and Europe leading the way, but the others following, tentatively at first, then more assuredly.

So why, if life is better all around, do we whine and complain endlessly as if we live in the worst of times? The answer is: Our success allows us to constantly update our expectations. When my flight is three hours late and the Wi-Fi is busted, I couldn’t care less what it took to cross the country in previous centuries. We are all prima donnas that way. Even in China, young middle-class consumers whine as well, instead of counting their blessings that they didn’t suffer through Mao’s Cultural Revolution.

I’ll concede, very grudgingly, that all this whining can be a good thing. As Yuval Noah Harari, the author of Sapiens: A Brief History of Humankind, has written, we’re hard-wired to be disgruntled. It’s the only way we achieve progress. Evolution requires us to demand more and better, all the time.

Otherwise, we would have given each other high-fives when life expectancy reached 50 and a cross-country journey took just two months—and that would have been that. Still, suspend your whining for a moment this holiday season. Let’s appreciate how far we’ve come.