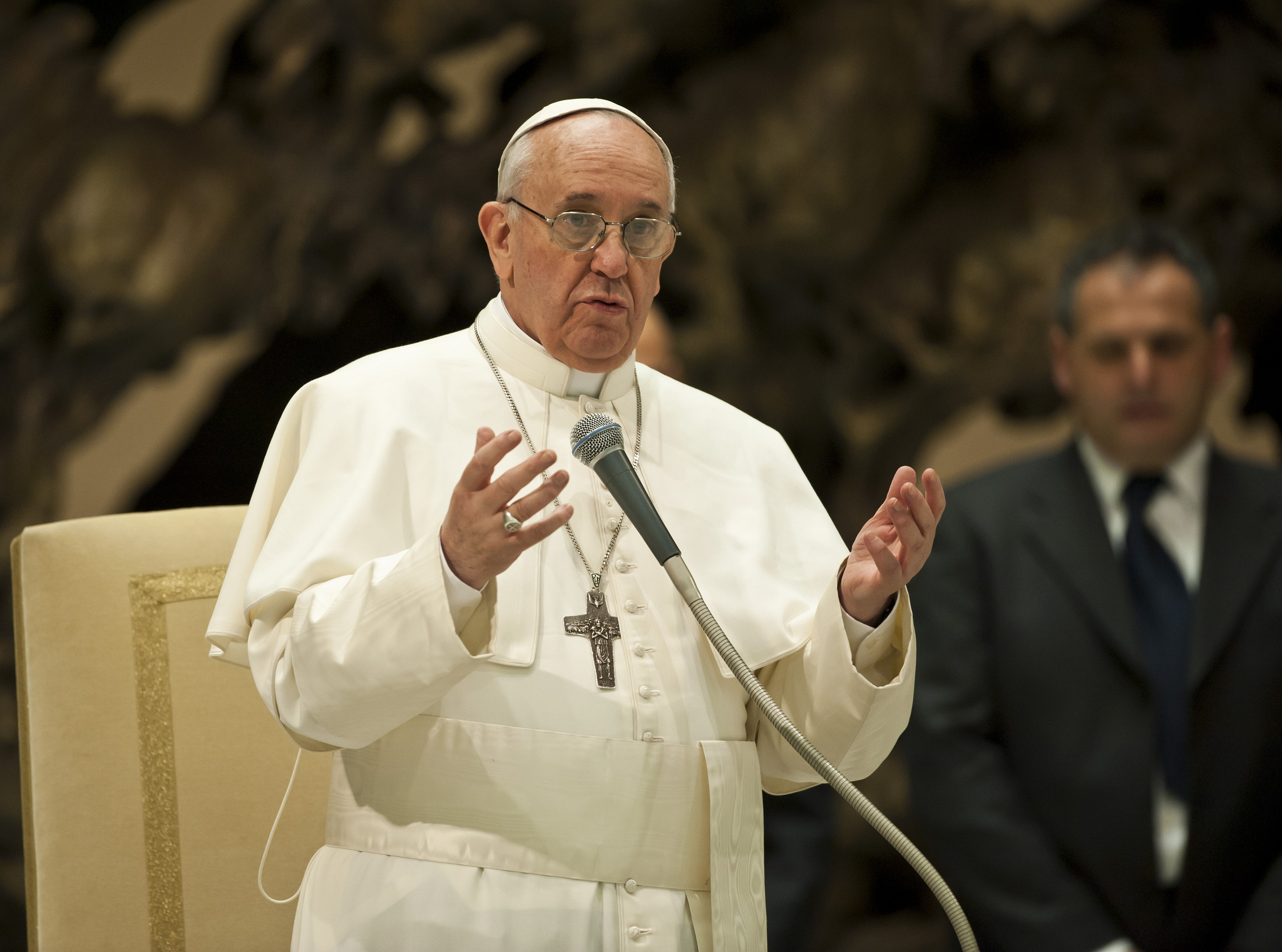 You may be infallible, but your scheduler? Not so much.

The itinerary for your highly anticipated trip to the United States this September defies belief: You are only visiting the Northeast. I guess it’s understandable that you’d attend a major conference on families in Philadelphia, and no one can begrudge you a Manhattan stop to address the United Nations General Assembly. But a D.C. visit to speak to a joint session of Congress? With all due respect to your considerable powers of persuasion, God himself couldn’t get through to those people.

The biggest sin in your schedule is one of omission: You’re not coming to California. Holy Father, that’s like visiting Italy without going near Rome. The scheduling omission is glaring for you in particular, for two reasons. First, your top priorities dovetail with California’s most serious problems. Second, there are controversies in California for which you bear responsibility and that require your attention.

You could drop by the California Institution for Men in Chino—part of our state’s unconstitutionally overcrowded prison system—to wash prisoners’ feet, as you have done elsewhere.

The good news is there’s time to amend your schedule to add a California swing. And so, at the risk of seeming presumptuous, I’ve taken the liberty of drafting a California itinerary that should fit your needs, and ours:

You’d fly from the East to San Diego and head straight to Mission San Diego de Alcala, the first mission of Father Junipero Serra. Your plan to make Serra a saint on your U.S. visit this fall (which you revealed publicly just last month) has stirred up controversy here, given the decimation of the Indian population in Serra’s mission system. At the same time, this is a huge moment for Californians, all of whom are taught about Serra’s importance in grade school. Either way, making Serra a saint was a big decision, and you should own it by doing the canonization in California—and in San Diego County, home to several of our state’s Indian tribes.

From the mission, your next stop would be the U.S.-Mexico border, to reiterate your call for the better treatment of immigrants around the world, particularly for Mexicans who cross our border, and continue to be subjected to, in your words, “racist and xenophobic attitudes.” Another venue for making that exhortation could be up I-15 from San Diego in the Riverside County city of Murrieta, site of ugly protests against Central American refugees last year.

From Murrieta, you’d head west toward L.A. You could drop by the California Institution for Men in Chino—part of our state’s unconstitutionally overcrowded prison system—to wash prisoners’ feet, as you have done elsewhere. The Inland Empire, which has had serious economic struggles, might also be a good place for a Mass focused on the problems of the poor; California, after all, has the highest poverty rate under measures that account for cost of living and public assistance.

From there, onto Los Angeles, the nation’s largest archdiocese and entertainment capital, with so many channels to spread the good news. You could tango with Ellen and do Kimmel. If you’re homesick, the food journalist Javier Cabral suggests a couple of great restaurants in the area—Carlitos Gardel, an Argentine place on Melrose (great steaks cooked super juicy), and Union, in Pasadena, with handmade seasonal pasta and a “wine selection eccentric enough to impress a lifelong Malbec drinker.” And if you need to save a little coin on hotels, I’m sure Clooney would be happy to put you up at his place in Studio City.

Since climate change is a focus of yours in 2015 (how’s that encyclical coming?), you could then visit the state’s coastline up north, or better yet, the Sacramento-San Joaquin Bay Delta, the great, underappreciated estuary and water source for the state. If you’re feeling ambitious, maybe you could try to pull together the battling stakeholders in California’s water wars together for meeting and prayer. It couldn’t hurt.

From there, you’d head to San Francisco for a thorny bit of administrative business. You’ve been trying to reform the church hierarchy—and one place that needs your firm hand is the San Francisco archdiocese.

The archbishop there, Salvatore Cordileone, has been busy alienating much of the Bay Area with conservative rhetoric and a stick-a-finger-in-their-eye style. In recent weeks, he’s gone after teachers at some of the state’s most revered Catholic high schools, demanding that they agree to morality clauses that oppose same-sex marriage, contraception, and reproductive technologies.

That may be church teaching, but this is the Bay Area, and Cordileone’s behavior clashes with your admonishment that the church’s shepherds should “smell like the sheep.” So why not transfer Cordileone to, say, Alabama and replace him with a more diplomatic, tech-savvy prelate who could credibly hold Silicon Valley titans accountable for their anti-social behavior? (Yep, I’m talking about you, Uber.)

Once you’ve finished that unpleasant task, you could take BART under the bay to Oakland, and talk Jesuit-to-Jesuit with another famously frugal chief executive, California Governor Jerry Brown. If you do, a word of warning: Don’t get this former seminarian started on St. Ignatius, whom he never seems to stop quoting. But he’s a lame duck, and you’ve got financial management problems at the Vatican. Maybe you could hook him up with a new gig before you head back to Rome?

You won’t regret it, Holy Father. You and California—it’s a match made in heaven.