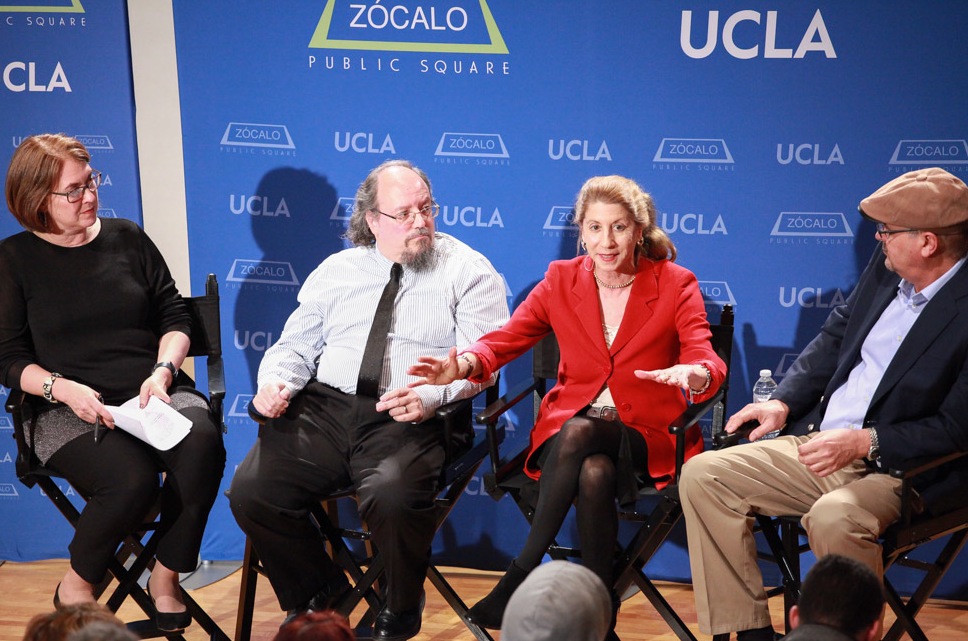 Where did the Cuban Revolution succeed, and where did it fail? How will Cuba change as the country enters a new era of rapprochement with the United States? What is Cuba today—and what will it look like in 10 years? Will an open Cuba model itself after Poland and the Czech Republic, Russia, or China and Vietnam? Associated Press Latin American and Caribbean editor Marjorie Miller asked these questions to open a “Thinking L.A.” event co-presented by UCLA and Zócalo.

Turning to economist Rafael Betancourt in front of a full-house crowd at MOCA Grand Avenue, Miller asked what the opening of Cuba means for the average Cuban. “It has opened up the possibility of diversity both politically and economically,” said Betancourt. But it doesn’t mean the end of socialism.

Will a more capitalist economy, and an economy that receives more money from the U.S., asked Miller, create a gap between the haves and have-nots?

Betancourt said that gap already exists in Cuba, and began in the early 1990s, after the Cuban economy lost the support of the Soviet Union. Until Cuba eliminates its dual-currency system, however—most Cubans are paid in the Cuban peso, but most goods on the island must be bought with currency convertible pesos—the gap will continue to exist.

What does the fact that more Cubans will be running businesses—and incurring risks—mean for the country’s culture? Or, asked Miller, “can good-hearted socialism survive this?”

UCLA Latin America and Caribbean literature scholar Jorge Marturano joked, “I think it’s difficult to survive most kinds of capitalism.” He said that the bigger question is: How will the Cuban state regulate this new economy? Will families sending remittances from the U.S. to Cuba have to pay a tariff to the government? Cubans, like everyone else, hate taxes—but that’s also because they’re not used to paying them.

The Castro regime offered a lot of support for the arts and access to Cubans of all classes—although what the artists themselves could say and what kind of art they could make was limited, said Miller. How will a new Cuban economy affect artists and writers?

Artists and writers, predicted Marturano, will flourish as they are able to travel and have their work shown, played, and read outside Cuba.

Miller said that she hears a lot of Americans talking about wanting “‘to get to Cuba before it changes.’” Can Cuba’s culture withstand the arrival of Starbucks and McDonald’s—and what is unique about it?

Cuban culture is “very, very complex,” said Marturano. We think “that Cuba doesn’t change, but this is a lie.” Cuba has been changing for 50 years. Tourists go to Cuba and see old cars and think the country is static, but culture is everyday life—and people change on a day-to-day basis.

Betancourt agreed, adding that Cuba never had an iron curtain when it came to culture and music; people on the island were listening to the Beatles even when they were banned. And although people are asking what will happen when U.S. tourists come, Cuba has received 41 million tourists in the last 10 years. What’s changing is that the country is becoming part of the world in a more integrated way than it has been.

Ann Louise Bardach, author of Without Fidel and Cuba Confidential, said that if you want to see old Cuban culture, you’re best off visiting Miami, where Cubans are full of nostalgia (and you can listen to classic Cuban music at a club called Café Nostalgia). “Cubans on the island are desperate for change and movement,” she said. “What we find cute and quaint when we visit Cuba isn’t so cute and quaint when you’re living on $6 a month.”

Among recent reforms in Cuba was Raul Castro’s announcement that he will retire in 2018. Miller asked Bardach: “Is this the end of the Castros?”

To be in your 80s and announce your retirement a few years down the line is to choose “a very safe date,” said Bardach. “If [Raul is] feeling very peppy in 2018, I think that’s subject to revision.” And many Castro family members still have significant amounts of power. They aren’t going anywhere right away—although the country’s political landscape and their role in it is changing.

Betancourt said that power is going to be distributed in many different ways, but “we don’t know what this will look like.”

The future of human rights in Cuba also remains in question. The Cuban government has always defined any support of dissidents or intellectuals outside the fold as mercenaries, said Bardach. People have been sent to jail for putting out pamphlets or suggesting that the country adopt a two-party system. One woman was sentenced to 15 to 25 years for opening a library in her home. “We cannot forget these people in the midst of all this,” said Bardach. Raul Castro wants to model Cuba after China—by controlling the media, dissident movements, and the Internet.

Marturano said that he is also concerned about the future of Afro-Cubans. Will they become a part of the middle class? Many don’t have family in the U.S., and thus won’t benefit from increasing remittances. One of the Cuban Revolution’s successes was its creation of a more racially equal society, said Marturano, but “everything that you gain you can lose in the future.”

In the question-and-answer session, an audience member asked if, after the Castros die, Cubans who lost property under the regime will be compensated, as East Germans were after the Soviet Union collapsed.

Bardach said that there is a long list of hundreds of millions of claims, and people will get back only a fraction of what they lost. (She added that the longer people live in the U.S., the larger their assets in Cuba grow: “At one point, everyone had a sugar plantation,” she joked.) But mentioning East Germany also brought up an even thornier question. Cuban state security was modeled on the Stasi secret police, said Bardach. What will happen to Cuba’s many files on everyone from regular people to the four speakers on stage? 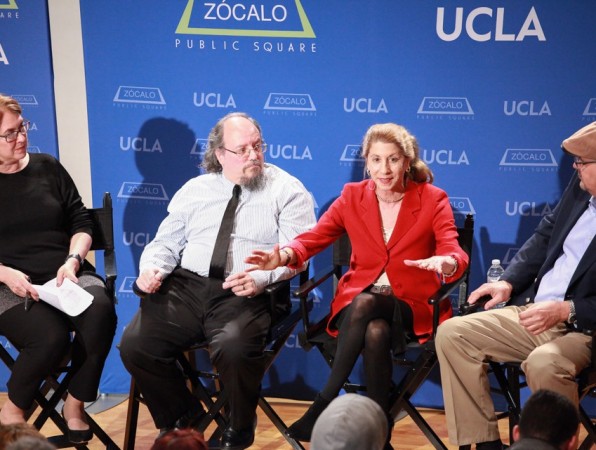 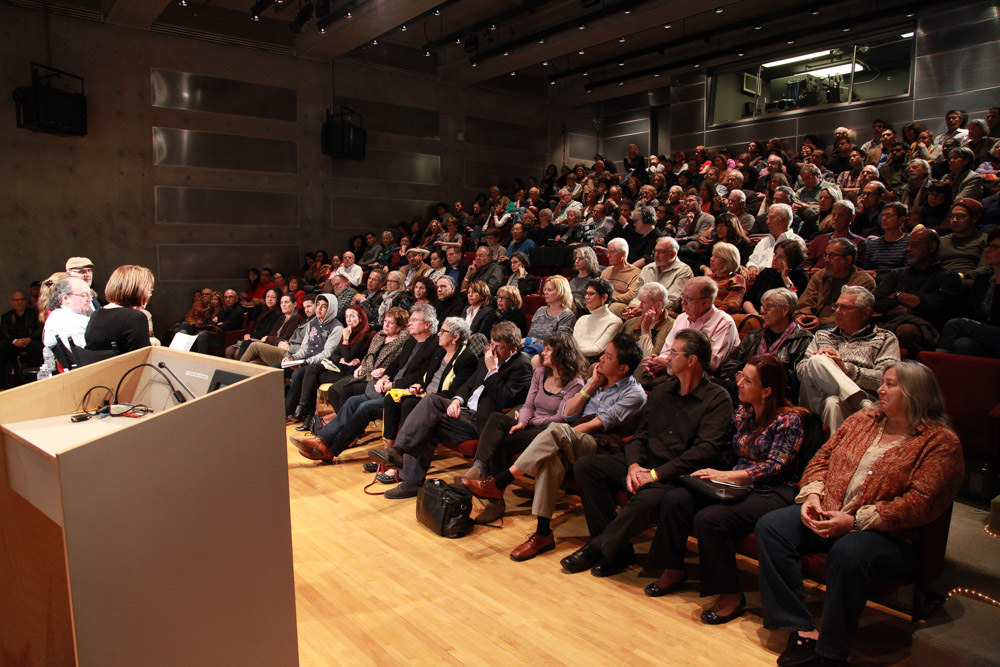 It was standing-room-only at MOCA Grand Avenue 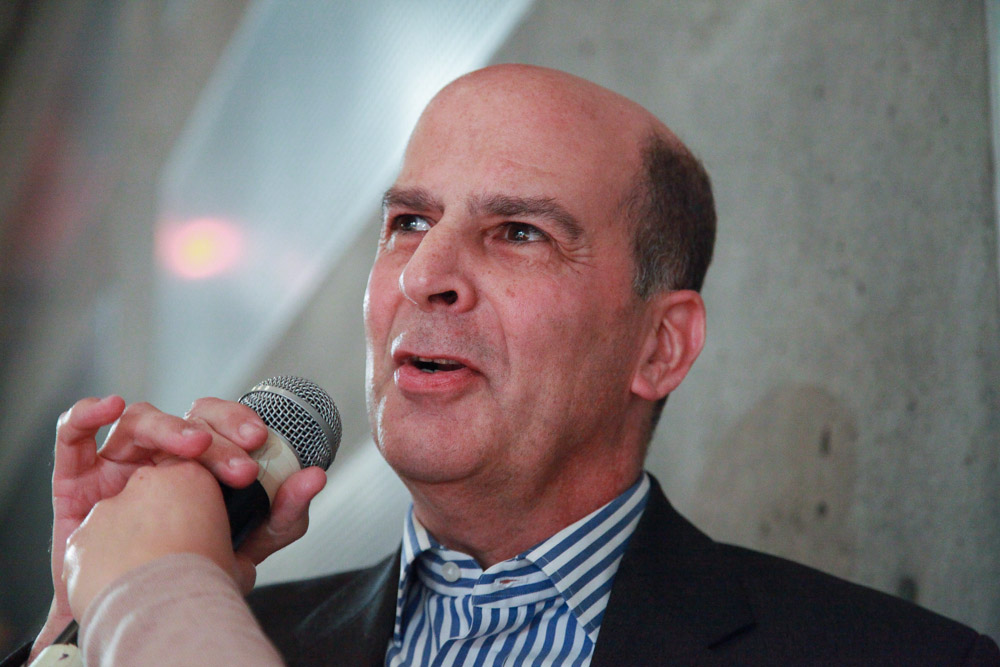 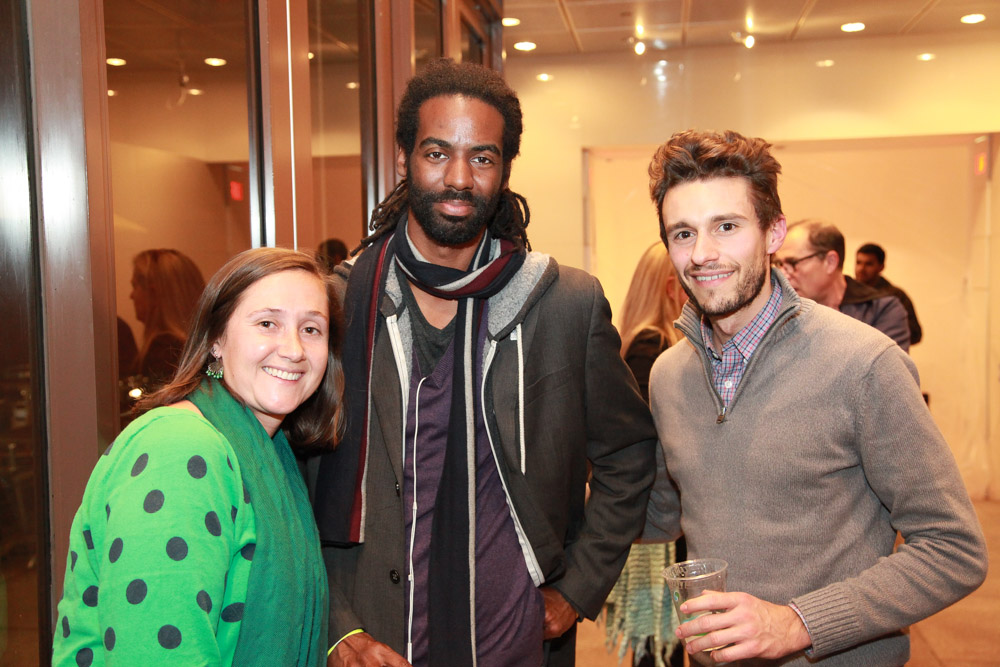 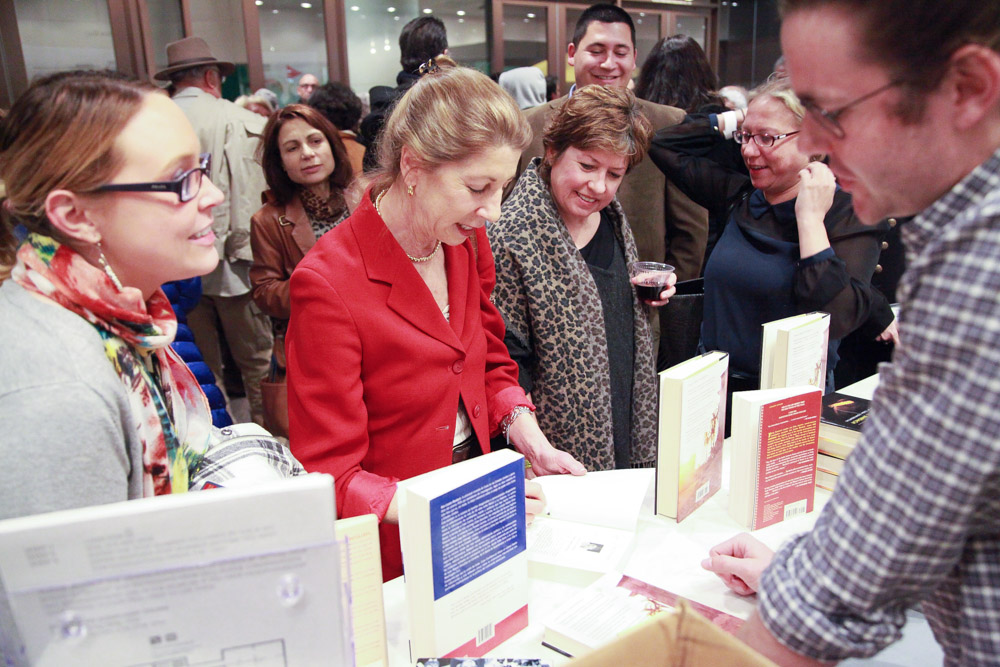 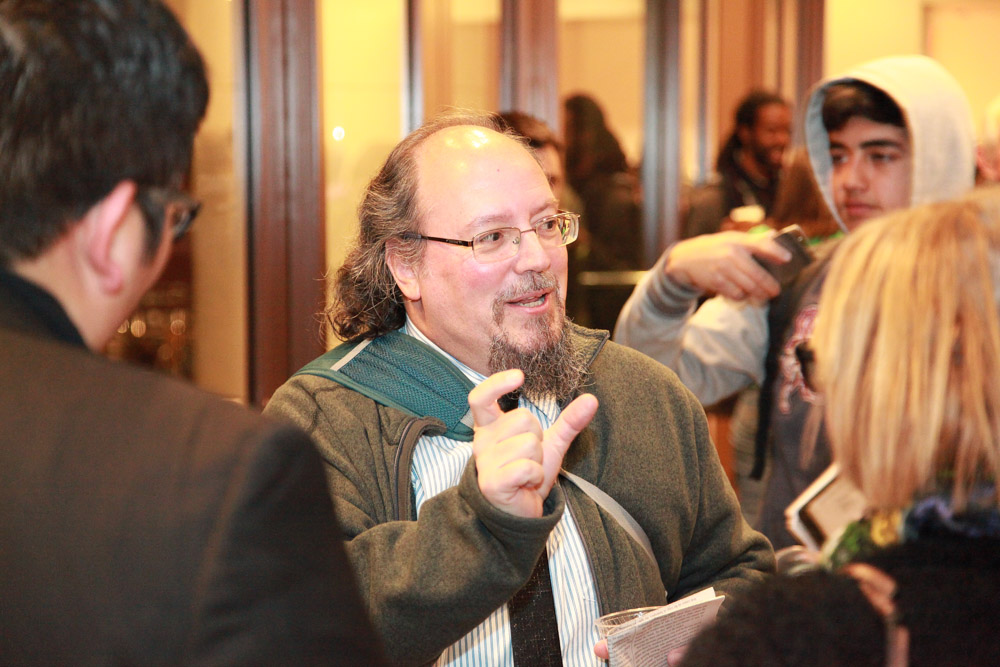