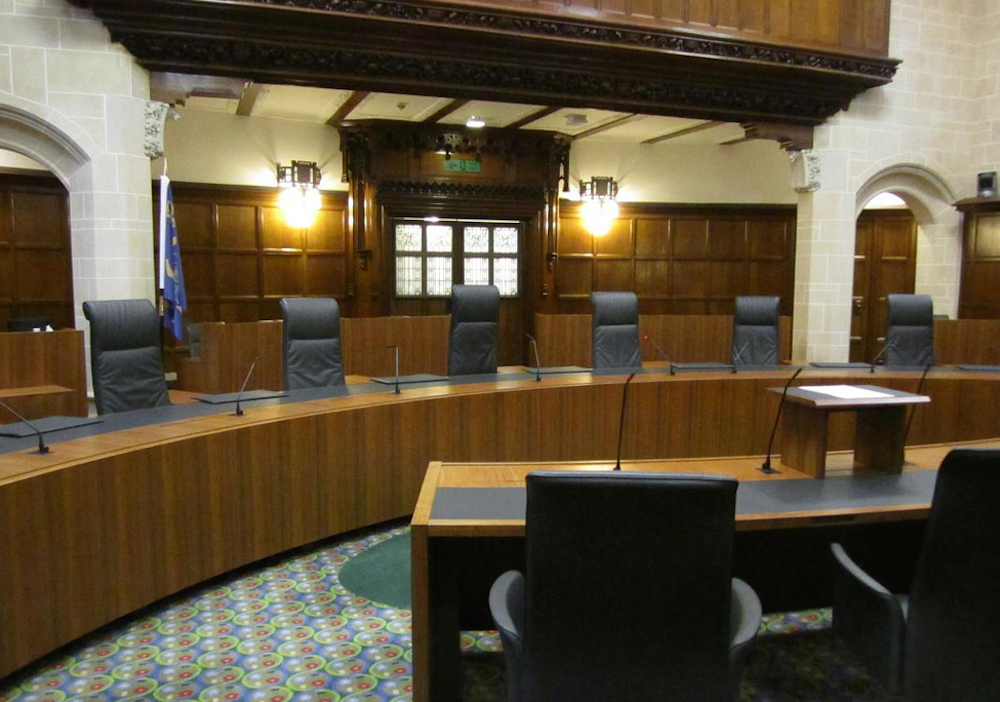 When I heard about the suicide of Kalief Browder, a teenager who was charged with stealing a backpack and served three years in brutal Rikers Island until the charge against him was dropped, I thought about the shared culpability of his death by the criminal court system.

Police may have racially profiled Browder and wrongfully arrested him; but a prosecutor decided to pursue charges on patchy evidence and drag the case out for years; a judge set bail at $3,000, a bar his family could not afford; a previous plea deal—when he thought he had no defense against a charge of stealing a truck for a joy ride—meant that he was put in jail when the backpack charge was leveled. No wonder so many people think it’s impossible to have their fair day in court. Over 95 percent of cases like this are resolved with plea deals.


The tangible impact of family and community participation on cases is undeniable. We have seen acquittals, charges dismissed and reduced, prison terms changed to rehabilitation programs, even life sentences taken off the table.

While police in the streets or inhumane conditions in the prisons have been focuses of social justice movements, the machinery between arrest and incarceration—the courts—have remained a social justice blindspot.

In San Jose, California, where I’m from, families have started to use the science of community organizing to penetrate the court system. Families who have loved ones facing charges meet on a weekly basis; support each other; and share knowledge about what helps defense attorneys and what sways judges and juries. They form a network behind the person who has been arrested.

It is a communal counterbalance to the isolation of the court system. At the Albert Cobarrubias Justice Project, we call the approach participatory defense—essentially encouraging communities to engage in the justice system, rather than waiting for the courts to do what it will with loved ones.

The essential agents of change don’t have to be lawyers or judges. Our meetings are facilitated by people who first came for help on their own cases or the cases of loved ones, volunteers who have transformed from isolated mothers watching their sons get chewed up by the courts to vocal navigators for other families.

As the director of a community center where we host the meetings every Sunday, I had no intention of getting involved in court organizing. When we started eight years ago we were doing police accountability work. But we realized there was a common denominator among the people who came to our meetings: when facing a criminal charge, they needed a compass to help them harness community power to fight the charges. So we extended that community-organizing ethic to the court process.

The tangible impact of family and community participation on cases is undeniable. We have seen acquittals, charges dismissed and reduced, prison terms changed to rehabilitation programs, even life sentences taken off the table. When we tally up the original maximum sentencing possibilities against the “time served” from all of our cases collectively over six years, we see over 1,800 years of time saved.

One of the co-founders of the approach, Blanca Bosquez, started because of her son Rudy. Like Kalief, Rudy was 16 when he was arrested, charged with robbery based on a flimsy investigation. His backpack, which was stolen a year prior, was allegedly found near the crime scene. The prosecutor alleged that Rudy was the ringleader of a teenage robbery crew, but his mom knew this couldn’t be he case: Rudy was severely mentally delayed, had the mind of an 8-year-old, and required 24-hour care.

Blanca quarterbacked a community-wide penetration into the court system with her large extended family and friends. They gathered critical medical and school records showing Rudy’s mental challenges, packed every courtroom, offered testimony to the judge about Rudy’s care requirements and the role specific family members played in his well-being. 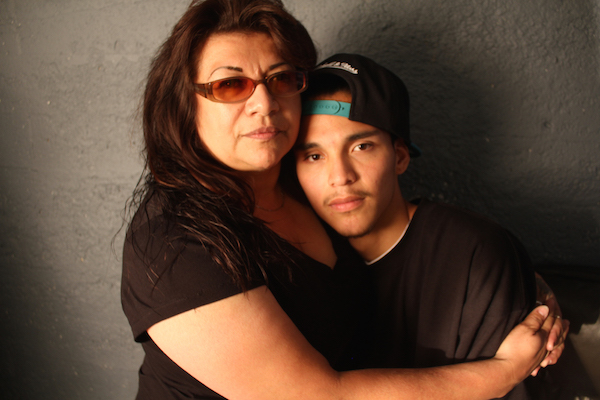 Blanca Bosquez and her son, Rudy

Rather then keeping him in jail while the case was going on, Rudy was released on home detention. Though he had only been in juvenile hall a few days, Rudy was visibly shaken. It was the first time he had been away from his mother since birth. He didn’t know how to use the knobs for the shower.

And while he was home, “Team Rudy” continued to press: they reviewed the video police interrogation, and “confession” to help their public defender. The officers and even the defense attorney initially knew nothing of Rudy’s mental challenges. Several times the officers asked Rudy if he was high because of a slurred speech that came from his condition.

Within weeks, Rudy’s felony-level charges were dropped. After this battle, Blanca thought other families should know how they, too, could do something to change the outcomes of their own cases.

As more families have engaged in this practice, we have seen patterns arise in where a family’s intervention makes the most sense. For example, after arrest, we ask families to write a statement about the incident and arrest, preserving any information that could be helpful to the defense.

In preparation for a bond hearing, we gather testimonials of community ties — essentially what that detained person has in their life, and the impact on that person and others if he or she had to be away during the adjudication of the case. Would jobs be lost? An elder left high and dry because a caretaker is gone? Supporters also share their role in ensuring the person attends court hearings. What we do is to strip away the mythology that people facing charges are islands, rather then people embedded in communities.

If a case is heading to trial, families are encouraged to review documents unearthed during the discovery process, such as police reports, to point out inconsistencies or false statements. If the aim is to reduce a charge or a sentence during the penalty phase, families create social biography packets, which arm the defense attorney with arguments about future prospects like housing, employment, or educational opportunities.

One of the most effective cases I’ve seen involved a single father named Carnell. He had pled guilty to a low-level drug charge, but because of prior convictions from a long-forgotten past, he faced five years in prison. His greatest worry about returning to jail was that his three daughters would be put in the foster system. We gave him a camera, and he took pictures of his typical day as a father—making the girls breakfast, taking them to school and after-school programs, helping them with homework. His defense attorney used the photo essay during the sentencing phase, and instead of prison, Carnell was sentenced to a six-month outpatient program so he could keep his family together.

Of course, we know there are limits to how much we can fight the court system’s default tool of incarceration. For example, if someone is found guilty of a charge with a mandatory minimum, a social biography packet won’t change that sentence. The judge has no discretion.

But what participatory defense will do is create a ground-up movement where people are “looking under the hood” of the court system, and seeing where change needs to happen. People see their own capacity—and their community’s collective capacity—to bend seemingly immovable institutions like the courts. While that is not a new concept, it’s a potent reminder how we truly are stronger together then alone. And case by case, we hope we’re building a movement that could one day end mandatory-minimum sentences.