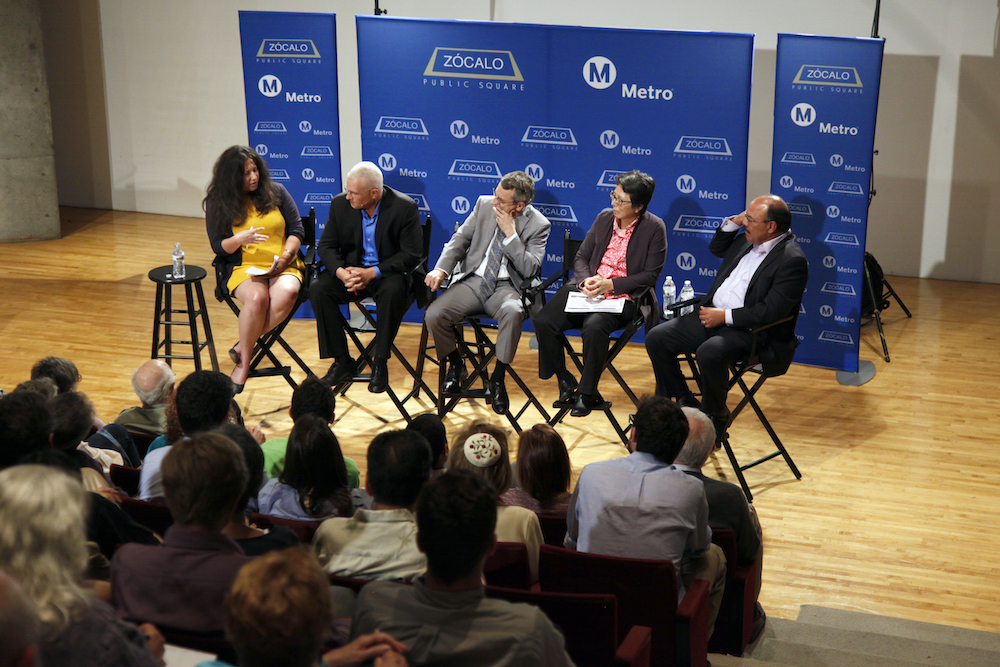 Los Angeles is in the midst of a housing crisis. At a panel discussion co-presented by Metro in front of a standing-room-only crowd at MOCA Grand Avenue, Joan Ling, an urban planning policy analyst, pointed out that the city needs more than 4,000 affordable new homes every year to accommodate low-income residents. But it builds only 1,000—and loses 3,000. “It’s one step forward, three steps back,” Ling said.

From the start, the evening’s moderator, Curbed LA editor Adrian Glick Kudler, said it’s not a given that transit can make housing more affordable. The conventional assumption, in fact, is that it does the opposite: projects like a new rail line spark commercial activity and attract higher-income people to move into housing near its stops. This can benefit neighborhoods by reducing crime and increasing amenities, but often disrupts long-standing communities. Families that have lived in these neighborhoods for years are pushed out, and don’t share in the benefits of their safer and livelier neighborhoods.

So what are the concrete steps that can be taken to give Angelenos access to as many transit options as possible without pricing them out and forcing them to move to more remote parts of the city? How do we get public transportation to the people who need it most?

The answers came from two perspectives: the policy side (Bonin and Hollis) and the developer side (Salazar and Ling). As Bonin pointed out, people who live in rent-controlled and other forms of affordable housing are statistically much more likely to use public transportation, so discussion focused largely on both the big- and small-scale steps that both government and private builders could take not only to bolster transportation projects, but also keep housing costs down in general.

Hollis made the case that Metro has drastically increased its commitment to protecting affordable housing for Los Angeles residents in recent years. In light of a new directive from Mayor Garcetti to raise the percentage of affordable housing units developed on MTA-owned property, he said that Metro is collaborating more with communities and the city’s real estate department to address neighborhood needs—efforts that help set a model for how city transportation authorities need to more fully integrate themselves into city planning and operations.

“In the past, we would have been agnostic about what appears on a development site” once it was made available through Metro work, he said. “What we’ve been asked to do now is to think about Metro more broadly as a property owner. … It’s a start toward Metro being part of a solution for providing affordable housing.”

Salazar wasn’t entirely convinced by promises about more affordable housing, though. “From a developer’s perspective, the company policy discussion that goes on—it’s been going on for a long time,” he said. “All those cranes downtown? They aren’t building affordable housing. How do you place people in relation to their jobs? Either you place them close, or you make it easier for them to get there. We haven’t done either.”

Salazar’s big issue was lack of density. He argued that the city’s foremost concern is simply making sure there’s enough room to accommodate everyone in Los Angeles’ ballooning population. “The issue is that we aren’t building enough housing anywhere to accommodate the population in Southern California, let alone affordable housing,” he said. “We need to build vertical. We can’t afford to build horizontal anymore.”

He advocated for much taller buildings in commercial areas, saying that “density for me is not a four-story building, it’s a 25-story building.” He mentioned riding the city’s trains on mornings with people who commuted to downtown L.A. from as far as Riverside. “To alleviate the housing problem that we all have, you have to build some units,” he said. “What’s the alternative?”

Density was a contested issue, however, and raised both cheers and grumbles from the crowd whenever panelists talked about building up commercial areas based around transit hubs.

“I think the challenge is that out transportation planning is not coordinated with our land use planning,” Ling said. “Metro has done a great job building out a rail system, but it has no control over what the various cities in L.A. County can do to take advantage of the areas around these stops. So what can they do to encourage cities to create more density around these spots?”

She favors the idea of constructing four-story buildings. With such small increases, she said, “you probably wouldn’t feel it,” but it could make a big difference in accommodating people. Same for the small additions to homes known as “granny flats”: somewhere around 20 percent of single family homes already have them in Los Angeles, she said, so the city should figure out ways to help them be built legally, so that they can be “habitable and safe.”

But how do you please everyone? Kudler made the point that L.A. has a long “legacy of single family home ownership,” and while many young people in the city embrace increased density and public transportation, there are also huge portions of the population who want to protect their spacious neighborhoods—and certainly don’t want a rail line going through.

Bonin, more than anyone, understood the difficulty of meeting the needs of different neighborhoods and residents. He acknowledged that L.A. has plenty of problems—and that gentrification has occurred around some transportation areas.

“There’s a moral and economic necessity to build affordable housing,” he said. “In L.A., we’re losing our opportunities for those who live in the middle class. It’s not sustainable. Can transit help? Left to its own devices, I’d say no.” But with a sustained push from the city, from government, developers, and communities, he argued, “I’d say yes.” 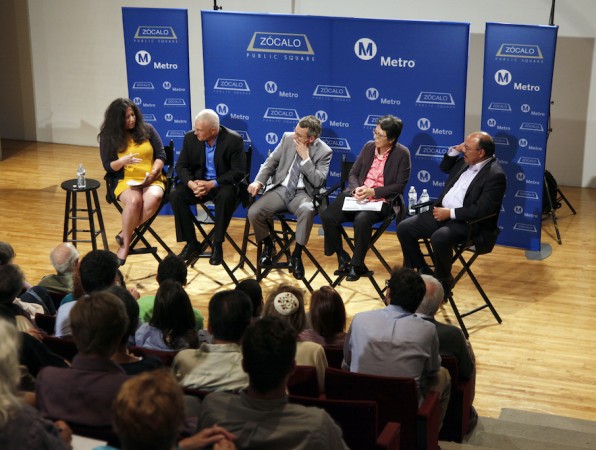 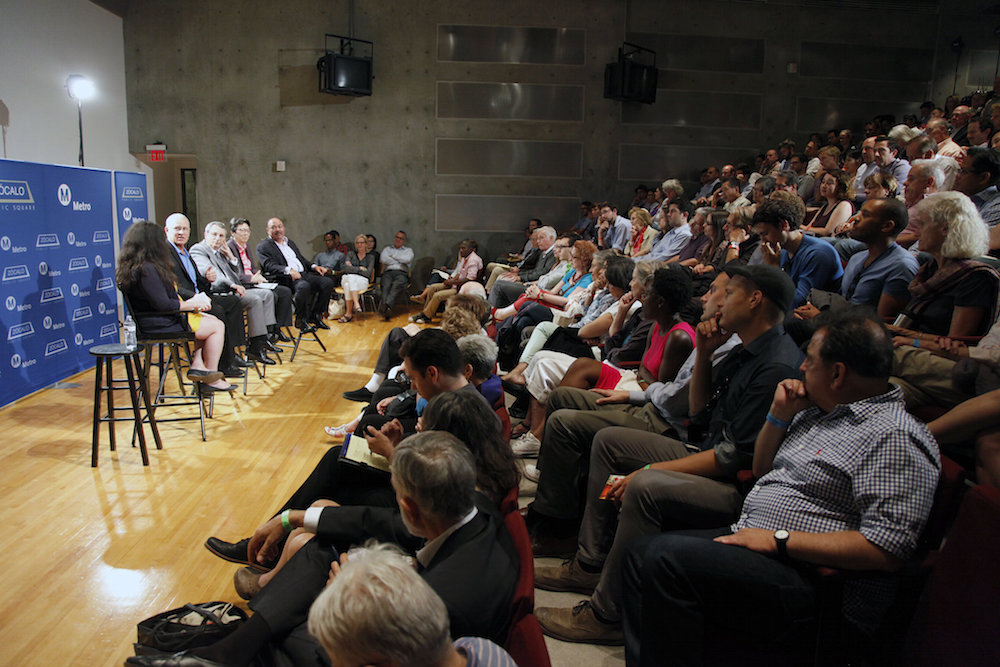 The standing-room-only crowd at the Museum of Contemporary Art 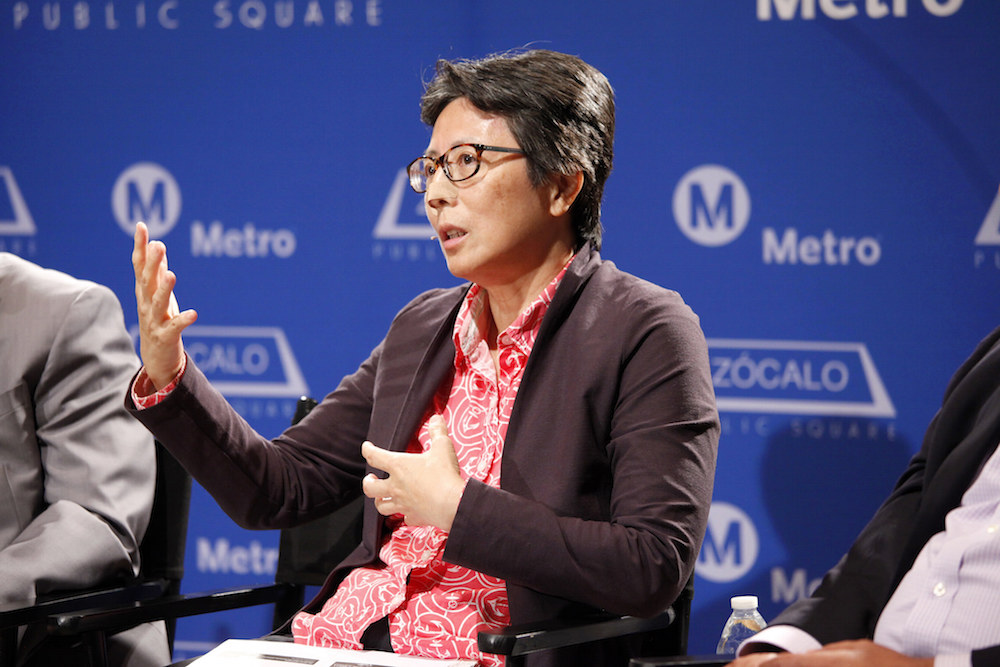 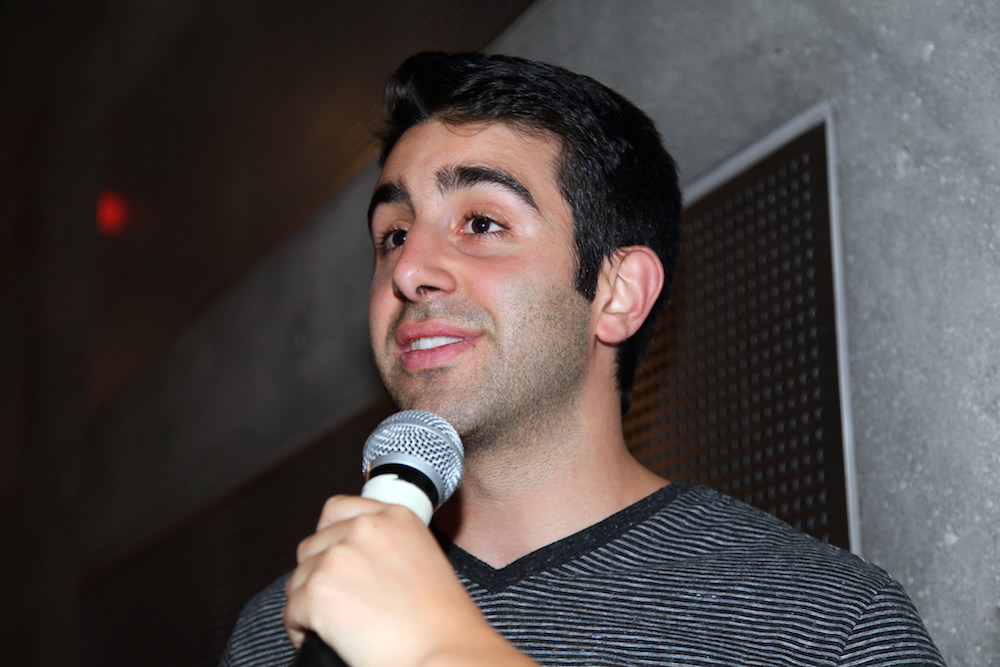 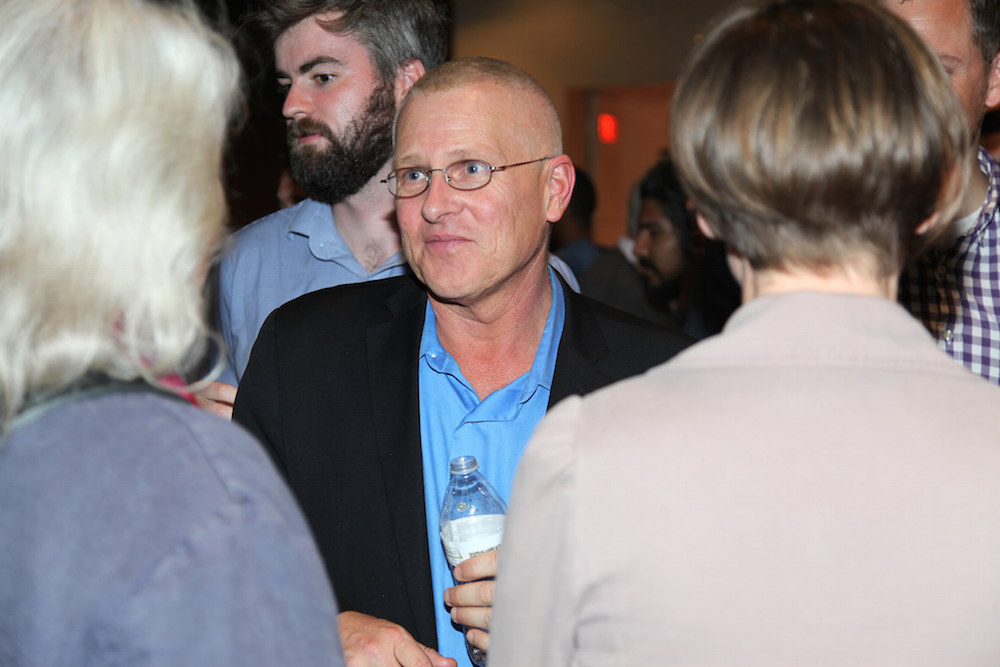 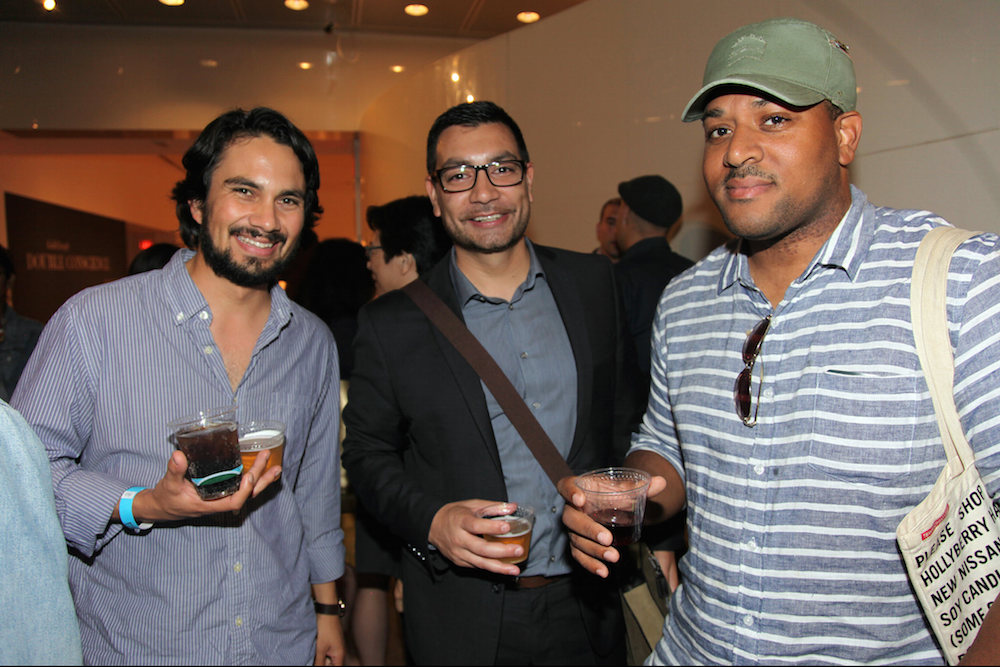