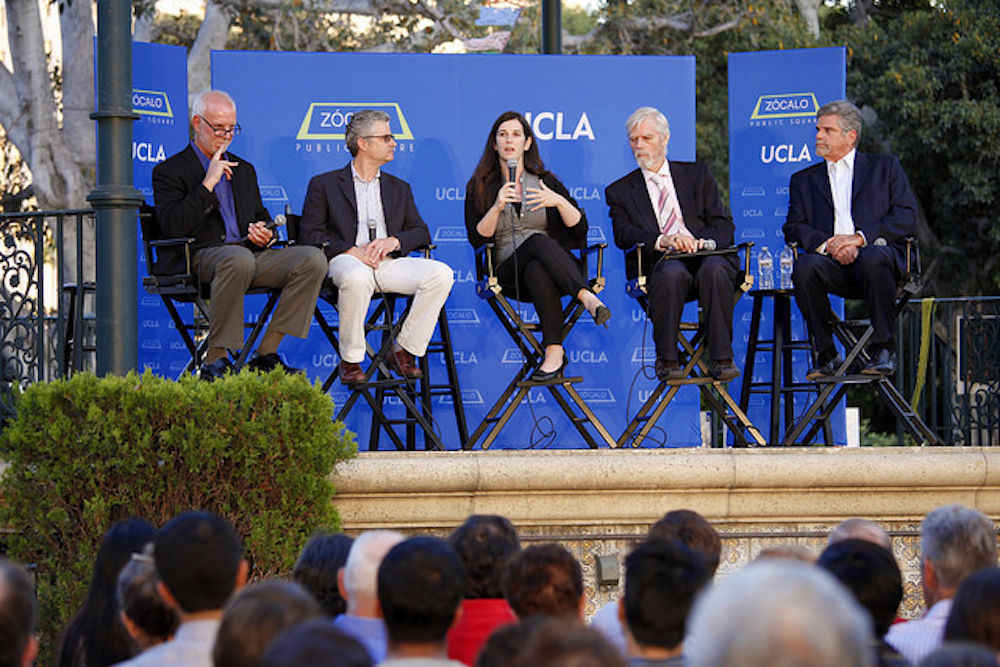 Ten years ago, Los Angeles Times columnist Steve Lopez attended what he refers to as a “dog and pony show” on Los Angeles’ Skid Row. Its topic: the plan to end homelessness. “And yet,” Lopez told a standing-room-only crowd at a “Thinking L.A.” event co-presented by UCLA and Zócalo at the Plaza on Olvera Street, “homelessness is still going on.”

Lopez moderated a panel on why, despite years of discussion, people continue to live on the streets—and what can actually be done to change it. He was joined by L.A. County Housing for Health director Marc Trotz, UCLA psychiatrist Kenneth Wells, Ocean Park Community Center executive director John Maceri, and Christine Margiotta, UCLA Luskin School of Public Affairs alumna and vice president of community impact at United Way of Greater Los Angeles.

The group agreed that while progress has been made, there’s still a long way to go. Obstacles ranging from skyrocketing housing costs and insufficient state and federal funding to social stigma are sending greater numbers of Americans onto the streets in cities.

“Outreach is not organized well enough in L.A.,” Trotz said. “I work on Skid Row, with the largest homeless population anywhere, and on any given day I walk out and don’t see an outreach worker. The scale that’s necessary isn’t there.”

Margiotta illustrated the extent of the problem by pointing out that while Los Angeles has made a major push to increase affordable housing, the homeless population is still outpacing what’s being provided. In the past two years, 7,500 veterans have made it off the streets, yet the net count of homeless veterans has only gone down by 300 people. “A tremendous amount of people became homeless in that time,” she said.

Maceri described an 82-year-old woman named Betty whom he found hunched over, “almost catatonic” on a Santa Monica park bench in the middle of a rainstorm. “Why, in the richest country in the world, with such capacity for innovation, have we set the bar so low that we can have mass encampments in our streets and leave senior citizens to fend for themselves?” he asked the crowd. “I have a godson who just graduated form high school, and he has never known a country with anything other than large-scale street homelessness. It seems like the bar is so low that it has become the new social norm.”

Lopez encouraged all the panelists to share their personal experiences interacting with people on the streets. Lopez’s book The Soloist tells the story of his friendship with a schizophrenic double bassist named Nathaniel Anthony Ayers, who attended the Julliard School before having a mental breakdown and ending up on L.A.’s streets. Ayers refused housing even though Lopez continued to try to help him find it.

“One advantage of being out there is that you’ve got nothing to lose,” Lopez said. “To play by somebody else’s rules, that’s a terrifying, terrifying thing, especially in the case of someone dealing with a mental illness.”

Wells had a realization 10 years ago that he needed to do something to help the people around him in need when he was walking down a street in San Francisco with his son. “He asked, ‘Why are you passing all these homeless people without talking to them like humans?’” Wells said. “So I started working in South Los Angeles to bring communities together.”

Wells expressed the common sentiment among the panelists that for real change to take place, whole communities need to get involved—“parks, barber shops, clinics”—to address the needs of the homeless people, and to prevent homelessness in the first place. “Knowing how to engage people who have special needs, depression—it’s the front-line worker who knows how to take that small step before a person falls into homelessness,” he said.

What other solutions exist? In addition to simply continuing to provide more housing, which all the panelists agreed is necessary, “it really begins with outreach and engagement,” Maceri said. “That basic human connection is really the foundation of the work. And we have to acknowledge that the work is messy, and not linear. You have to meet people wherever they are and walk with them in their journey to wherever they want to be.”

He added that housing should never be looked at as a “reward” for good behavior: “It should not be the end game. It should be the beginning.”

Trotz emphasized that cities like Los Angeles need to seize the resources available to them. “This is a wealthy region. In city and county government, there’s a lot of money spent every day that doesn’t get the solutions we want. Instead of spending hundreds of thousands of dollars locking people up, use that money to house people. For the cost of one emergency room visit, we could house someone for a month.”

Margiotta encouraged the crowd to challenge the status quo when it comes to how we deal with the homeless—and to never lose a vision of a better future. “It’s critical that we keep talking about ending homelessness,” she said. “It’s true that it may not happen in the timeline we want, but we can’t lose that will and belief.” 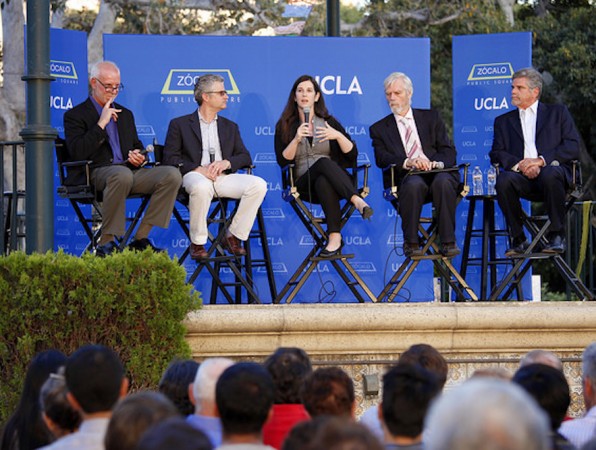 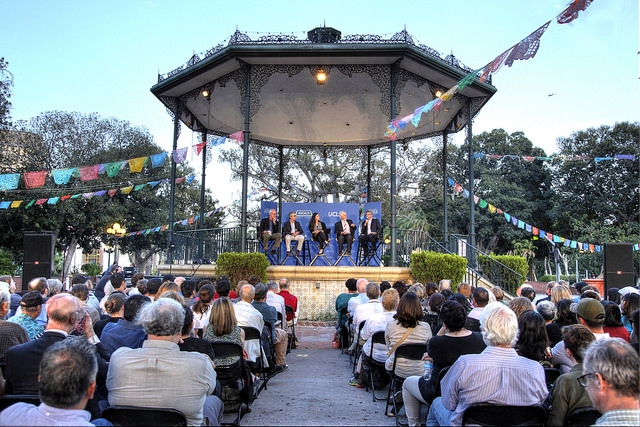 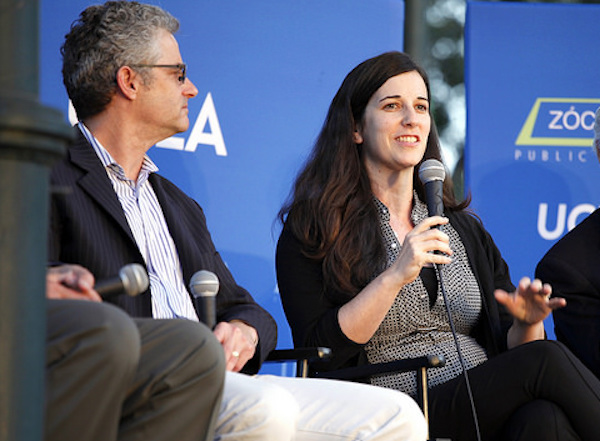 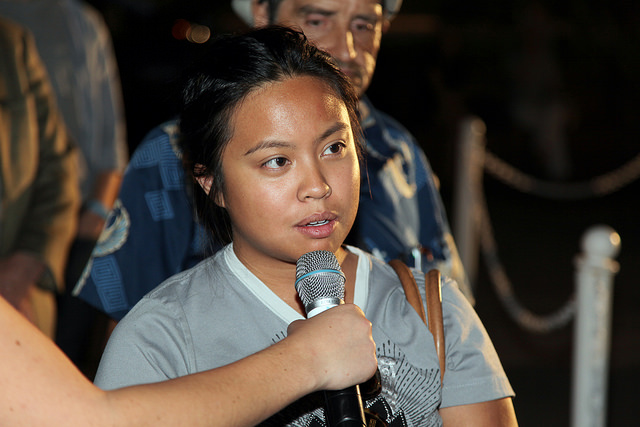 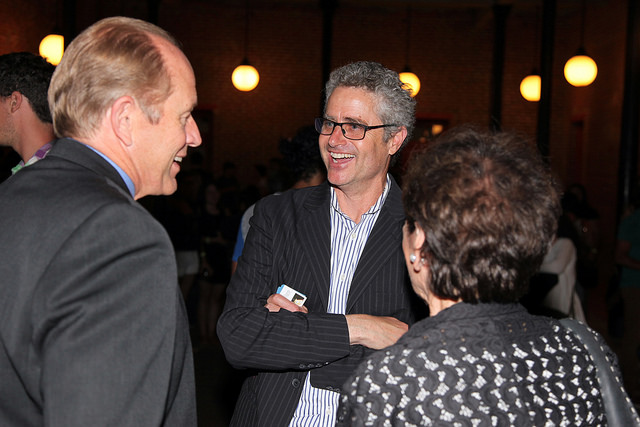 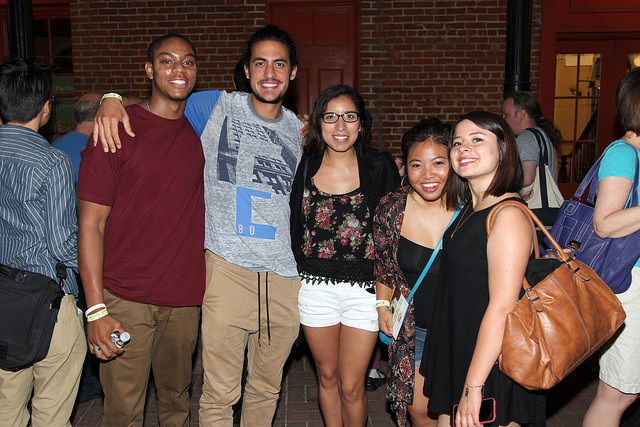