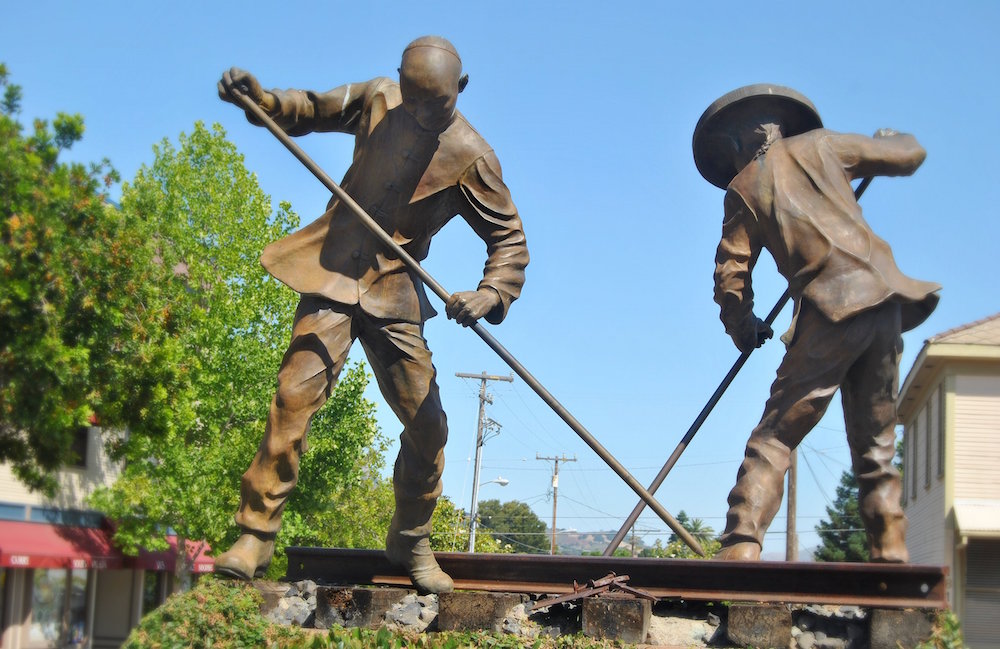 Once singled out for exclusion by law from the United States, Chinese immigrants now make up the largest single group of arrivals per year into this country. A recent report by the Census Bureau reported that China replaced Mexico as the top country of origin for immigrants to the U.S. in 2013, and another report has found that China sends more students to the U.S. than any other country. What’s equally improbable, given the history, is that Chinese immigrants are now considered part of the rising Asian-American “model minority,” showcasing how immigrants (and other minorities) can make it in America. Media portrayals of Chinese and other Asian-Americans often contrast sharply to those of other immigrants, like undocumented immigrants from Mexico, or Middle Eastern Muslim immigrants unfairly tainted by association with terrorism.

Indeed, a closer look at Chinese immigration in the past and present shows not only how much public attitudes have changed in the last century, but also how fickle such shifts in attitudes can prove.

Although many of today’s Chinese immigrants are graduate students and wealthy investors, Chinese immigration has a long history in the United States and many of the earlier immigrants were considered the lowest of the low-skilled workers coming to America. Chinese sailors were among the crew on a ship that arrived in Baltimore in 1784. Chinese immigrants were living in New York City as early as the 1830s. And Chinese gold seekers were among the thousands who flocked to California during the Gold Rush in the mid-19th century. By 1870, there were 64,000 Chinese in the United States, most of them in California, and almost all of them from the Pearl River Delta region outside of Canton (Guangzhou) in southern China. They were indispensable laborers who helped to build the nation’s first transcontinental railroad as well as farmworkers who turned California into the agricultural empire that it is today.

But Chinese immigrants also faced a tremendous amount of hostility, despite amounting to only a small fraction of the total foreign-born population in the United States in the late 19th century. The Chinese were labeled undesirable and impossible to assimilate. They were charged with taking away jobs, corrupting white women, and threatening American civilization. Chinese were harassed, beaten, and driven out of small towns and big cities throughout the American West. A regional movement to exclude Chinese immigrants turned into a national one. The rallying cry of “The Chinese Must Go!” came to be heard on the sandlots of San Francisco as well as in the halls of Congress.

And in 1882, the U.S. passed the Chinese Exclusion Act, which barred Chinese laborers, prohibited all Chinese immigrants from becoming naturalized citizens, and allowed only select classes of Chinese to apply for admission. The Chinese Exclusion Act was the country’s first immigration law that singled out an immigrant group for large-scale exclusion based on race. And it led to wide-scale discrimination in U.S. immigration policy that resulted in the exclusion of almost all Asians from our country before World War II.

While the act was in effect—from 1882 to 1943—Chinese immigrants became America’s first “illegal” immigrants. Chinese immigration drastically dropped, though it never totally stopped. Many of those who did continue to come resorted to false papers (like my own grandfather), fraudulent identities, and even long and dangerous routes across the U.S.-Mexico border. We know that those who arrived in San Francisco in those years faced harsh interrogations, humiliating medical examinations, and long detentions in the crowded and unsanitary barracks on Angel Island, arguably the nation’s first immigrant detention center, located in the middle of the San Francisco Bay. The hundreds of poems that Chinese immigrant detainees left behind on the barrack walls on Angel Island are testament to their anger, frustration, and hardship, but also their perseverance and hope.

In the past fifty years, Chinese immigration has undergone a dramatic transformation. The landmark 1965 immigration Act ended national origins quotas favoring immigration from Europe over other parts of the world and established preferences for professional and skilled workers. At the same time, China’s subsequent economic modernization and new global outlook have revived and diversified the flow of immigration from China.

From 1960 to 1990, the Chinese population in the U.S. nearly doubled every decade. In 1960, there were just under 100,000 Chinese-born immigrants in the United States. In 2010, the Census reported over 3.3 million adult Chinese-Americans. Making up the largest group of Asian-Americans and the largest ethnic Chinese population (including Taiwanese) outside of Asia, Chinese-Americans represent 24 percent of the our nation’s adult Asian population.

Working-class Chinese immigrants continue to come, and Chinese-Americans are represented at both ends of the economic spectrum, but when people tend to think of Chinese immigrants, whether from the Mainland, Hong Kong, or Taiwan, they tend to think of the highly skilled and educated who arrive—the entrepreneurs, professionals, scientists, and students. Indeed, in 2010, Chinese Americans had higher median annual personal earnings than the general U.S. population.

Chinese immigrants may not be scrutinized and debated in the same way that undocumented low-skilled Mexican immigrants crossing the border are these days, especially in Washington, but it would be a mistake to assume that America has fully embraced Chinese and other Asian immigrants. Their growing numbers, economic power, and presence have already raised concerns and anxiety. Some Americans resent having to go to a doctor who has a foreign accent, for example, or having their kids compete with talented foreign-born (and even second generation Asian-American) students for spots in college or in the workplace. In other words, Asian-Americans may serve as “models” for other minorities, but they also upset the existing status quo by out-competing whites, too.

There could be even more resentment if China’s national wealth and strength becomes more pronounced globally, and more explicitly opposed to American interests. There are unfortunate precedents in this country of immigrants being treated unfairly based on the actions of their countries of origin, with the forced removal and incarceration of Japanese-Americans during World War II being the most notorious, but hardly the only, example. In 1999, Chinese-American scientist Wen Ho Lee was unfairly accused of spying for the People’s Republic of China. Could there be even more episodes like this in the near future?

As we consider how Chinese immigrants have gone from being the most excluded immigrants to the most numerous, we should recognize what has changed and what has not. Chinese immigrants and Chinese-Americans are growing in number. They are often held up as examples of America’s “good” immigrants. But they and other Asian-Americans remain vulnerable to domestic anxieties and global economic shifts and political struggles. How far have Chinese and other Asian-Americans really risen? And during a time of increasing xenophobia and concern about a newly powerful China worldwide, how easily might they fall?