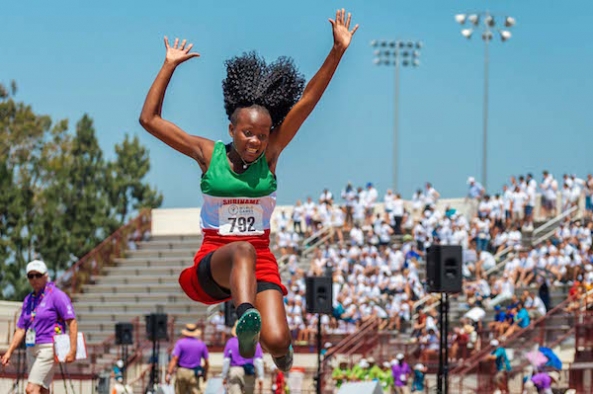 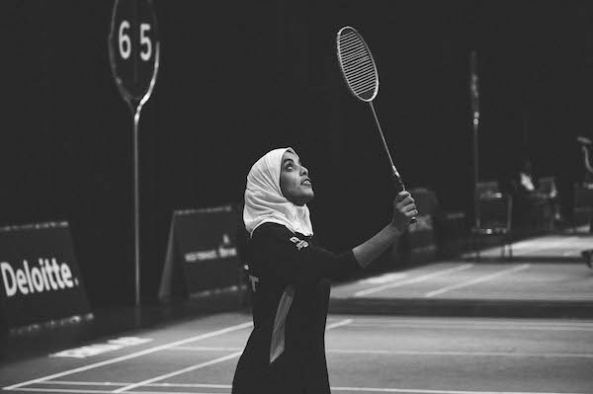 Aya Maamoun of Egypt tracks the flight of the shuttlecock. 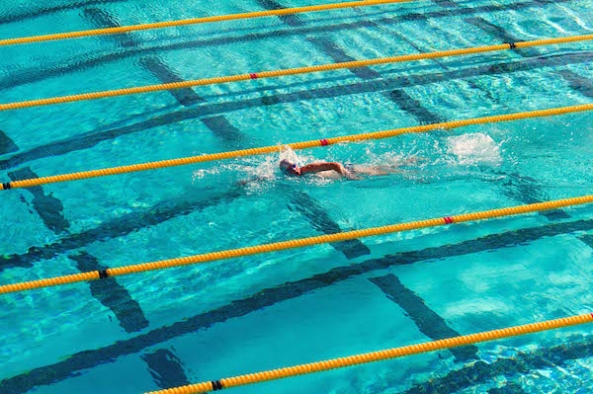 All alone, a Slovenian swimmer finishes a relay long after the race was decided. 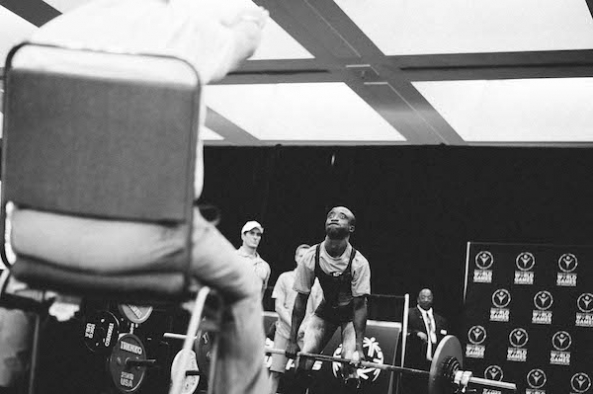 Henri-Joel Kouao of Ivory Coast won a bronze in the squat lift. 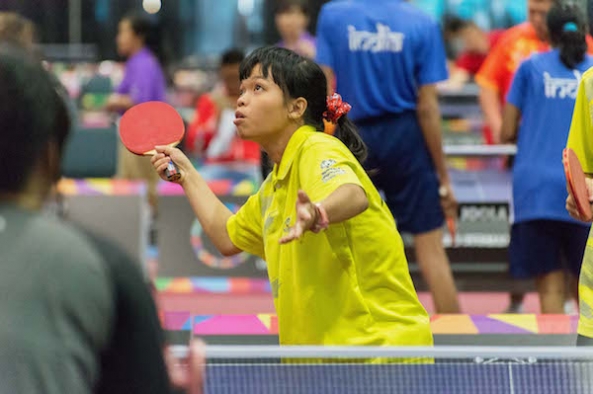 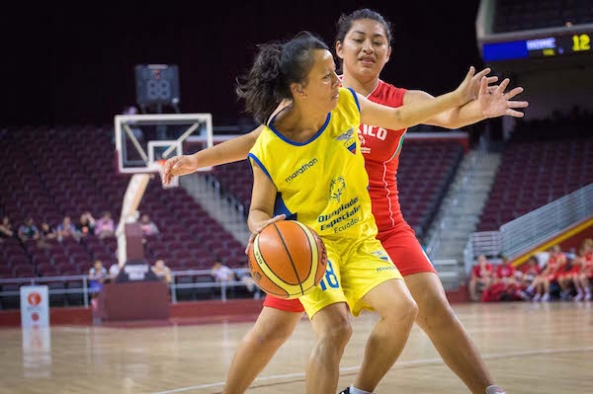 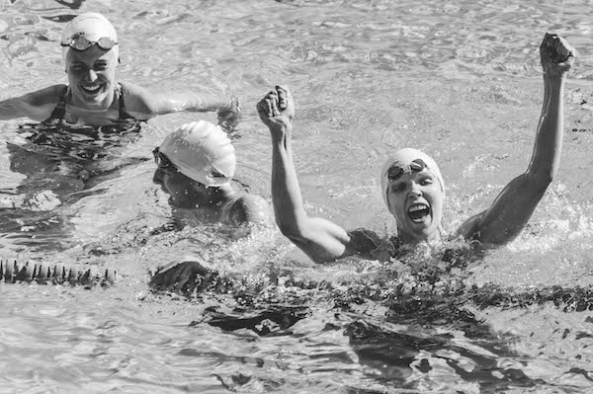 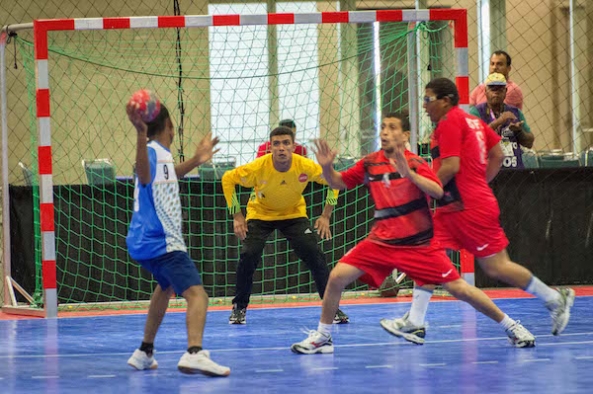 India takes another shot on goal in a rout of Egypt in handball. 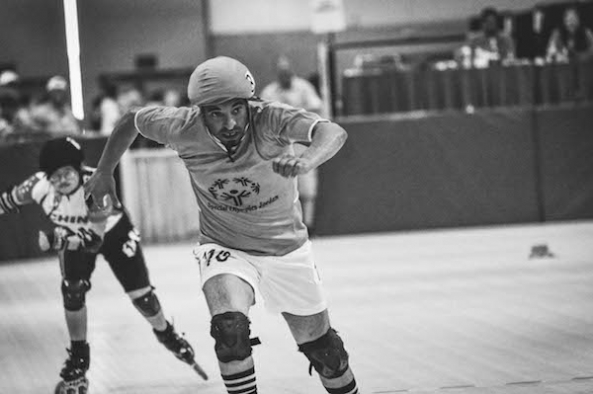 Jordan’s Marcil Mah’d flying around the rink en route to a silver in the 2x200 relay. 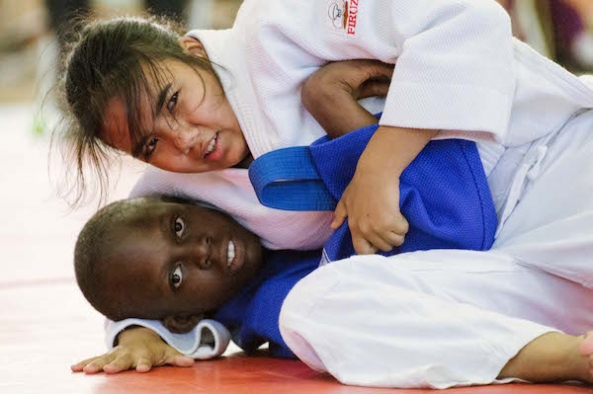 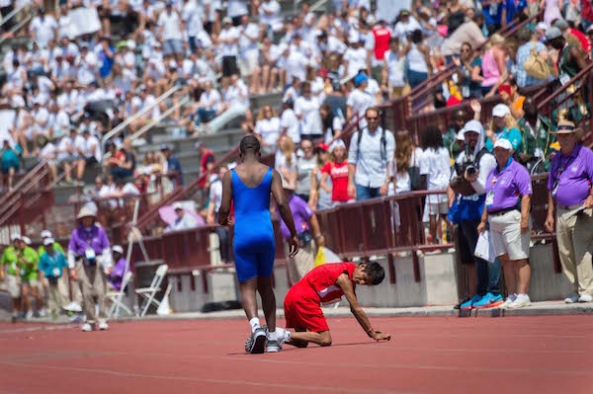 A Peruvian athlete tumbled during the 100-meter walk, got up, and finished. 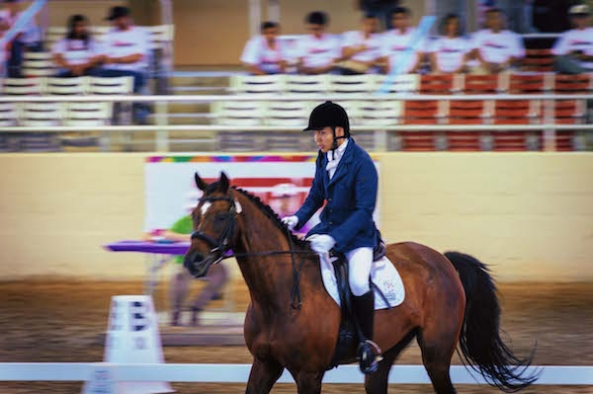 Jason Chu of England competed in dressage at the L.A. Equestrian Center.

But people in the stands and poolside volunteers motioned for him to stop and again turn around. After a brief pause the swimmer reconsidered, and quite courageously swam the last three laps all alone. It was the very embodiment of the Special Olympics motto that says, “Let me win, but if I cannot win, let me be brave in the attempt.”

About 7,000 athletes from 177 different countries traveled to Los Angeles for the World Games, an event widely billed as the largest sports gathering of 2015, with competitions in 25 sports. It was by most accounts a great week for participants, fans, and volunteers, although I’m not sure how many Angelenos really noticed.

What I expected to see: many relentlessly feel-good, teary-eyed photo ops. Lots and lots of hugs and crying.

What I actually witnessed: hard-fought games and races between skilled and dedicated athletes, many of whom showed no obvious signs of having intellectual disabilities. Kleenex moments were relatively few.

Last Thursday, at USC’s Galen Center, I watched a women’s basketball game between Mexico and Ecuador. A Central America smack down! Mexico, which had a height advantage, raced to a 10 to 0 lead. But Ecuador had a good plan. They played ferocious defense, created a turnover, and then heaved a half court pass to an uncovered cherry picking forward.

It almost worked, but Ecuador’s shots kept clanging off the rim or finding nothing but air. Nonetheless, the team hung in there, and in the third quarter, their shots finally started hitting the net. The final was 21 to 18, in Mexico’s favor. I left the arena thinking I had watched a basketball game that was enormously entertaining, Special Olympics or otherwise.

That’s how it went all week, whether the sport was power lifting, table tennis, or dressage. In an inline speed skating race—a sport not usually associated with the Middle East—two Jordanian skaters circled the track in a hell-bent manner that revealed their strategy: win or crash trying.

They managed to do neither. But it was a-w-e-s-o-m-e. And when it was over, I must have been wearing the mother of all smiles because the elder of the two, 34-year-old Marcil Mah’d, looked directly at me, nodded and smiled back. I’ve rarely felt so honored.