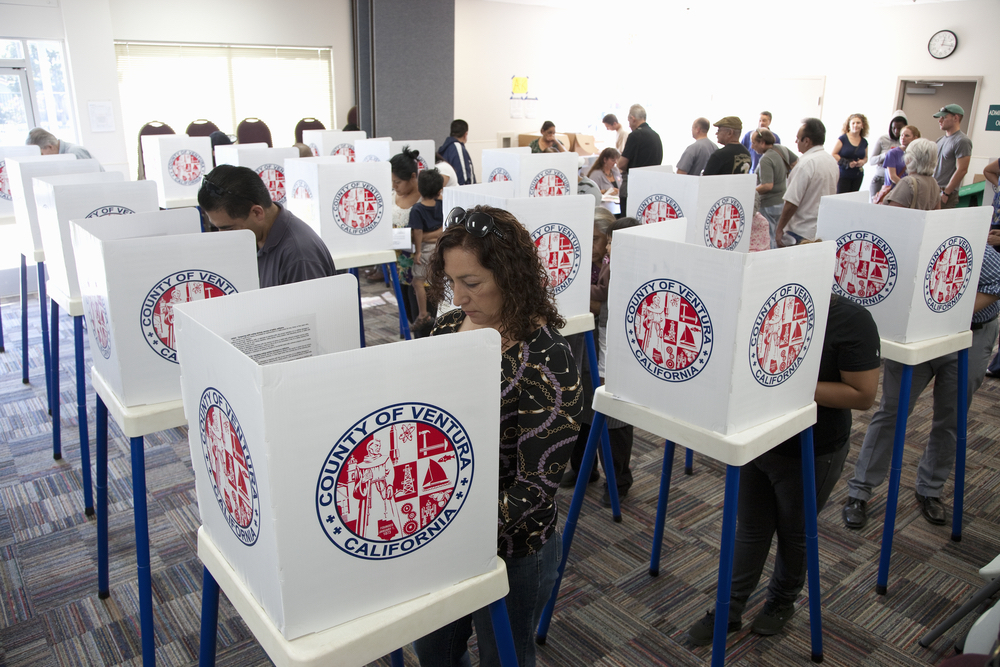 At the risk of sounding like Donald Trump, let me say it’s just stupid that California won’t play a significant role in picking the next president.

It’s even dumber that a small state, like Iowa, with its first-in-the-nation caucuses and swing status in general elections, is a presidential kingmaker. And who are the morons who have let this sad state of affairs go on for more than a generation? We Californians are.

Yes, California has moved its primaries up and around the presidential calendar to try to make itself important. But that doesn’t work. For one thing, Iowa and New Hampshire have the power of tradition and state laws that protect their early status. For another, these small-fry states have hoodwinked the country into believing that small, rural places are better presidential proving grounds and give a chance to lesser-known, less-funded candidates. No matter where California shows up on the calendar, we are easily dismissed for our size; how could California be anything more than a test of money and name recognition?

If we’re going to take our proper place in picking presidents, we’ll need an entirely new strategy. We have to stop moving our massive state clumsily around the primary calendar. Instead, we have to out-Iowa Iowa. We have to make ourselves smaller.

The Central Coast is growing heart-healthy fruits and vegetables. And having candidates and voters drinking lots of California wine is probably the only way today’s crazy American politics could begin to make sense.

How? California is really a collection of regions that have the scale and character of normal states. Our new strategy should be: pick one region that offers all the things Iowa offers—small population, a rural character, no big cities, an engaged political culture—and hold an early presidential contest in just that region. We could even sweeten the pot for candidates: Instead of holding a California-wide primary for the whole state, we could delegate our votes—and the assigning of delegates—to that one region. So a high-stakes California fight could play out on just a manageable battlefield.

Which region? My fellow Californians, let me introduce you to the Central Coast Caucus.

Offered to the nation as a single political entity, the six Central Coast counties—Ventura, Santa Barbara, San Luis Obispo, Monterey, San Benito, and Santa Cruz—could answer every argument that’s ever been made for Iowa’s primacy.

You want a small population? The Central Coast has just 2.3 million people—that’s 800,000 less than the 3.1 million who crowd Iowa. You don’t want big cities? The Central Coast’s most populous municipality, Oxnard, has fewer people than the metropolis of Des Moines.

You want rural voters who know their agriculture? Iowa has the corn and soybeans, sure, but the Central Coast has three signature crops—the berries of Ventura, the lettuce of the Salinas Valley, and all the glorious wineries in between. You call yourselves the Heartland, Iowa? While you’re clogging arteries with high-fructose corn syrup, the Central Coast is growing heart-healthy fruits and vegetables. And having candidates and voters drinking lots of California wine is probably the only way today’s crazy American politics could begin to make sense.

Iowa and the Central Coast are both middling places—literally in the middle between larger and more important entities (Illinois and Missouri in Iowa’s case, and L.A. and San Francisco in the Central Coast’s). And they have similar economic mixes of agriculture, finance, energy, and manufacturing. Both have relatively clean, competitive politics that incorporate extremes, but tend to the moderate. And while Iowans boast that they can pick winners, the Central Coast includes the state’s most reliable political bellwether, San Benito County.

But the Central Coast, while covering Iowa’s bases, offers so much more. The six counties are far more diverse than Iowa, which is 87 percent white. The Central Coast boasts a number of strong universities—UC Santa Barbara, UC Santa Cruz, and Cal Poly San Luis Obispo just to name three. And while Iowa has its charms, it can’t begin to compete in scenery with a region that extends from Point Mugu to Big Sur and the Monterey Bay.

Iowa is not a great place to raise money, but in the Central Coast, candidates could chase votes and cash in the same beautiful venues—think Pebble Beach, the Monterey Bay Aquarium, or even Michael Jackson’s Neverland Ranch. And instead of the endless pursuit of endorsements of Iowa county party chairs you’ve never heard of, the Democrats could have an Oprah primary (she has a place in Montecito) and the Republicans could stage a Clint primary (Eastwood lives in Carmel). And of course, compare the January weather in Sioux City and Santa Maria. If you give the media and political professionals who run our presidential politics a choice between winter in Iowa or the Central Coast, which would they choose?

So let’s get our act together and give them that choice in 2020 (sadly, it’s too late to do this in 2016). Schedule the Central Coast Caucus the same week as Iowa’s, and watch us bleed Iowa of attention and candidates. It wouldn’t be long before presidential candidates were doing their photo ops on the Santa Cruz boardwalk instead of in front of the butter cow at the Iowa State Fair.

The Central Coast Caucus would be good for California, too. The national attention would force our weak county parties to raise their games. With the new caucus’s central location, young people from all over the state would come and have the opportunity to work on campaigns, and learn skills and make connections that can change their lives.

Overlooked issues would also get attention. Candidates would confront homelessness on the beach in Santa Barbara, the perils of offshore oil drilling, and drought. Public health might get a boost from candidates doing photo ops at yoga classes in Seaside instead of greasy spoons in Cedar Rapids. (I’d pay good money to see Ted Cruz try kite surfing). And who knows? Maybe the heavy reliance on migrant labor in Central Coast agriculture might force candidates to speak in more human and grounded ways about immigration and related issues.

Whatever the issue, the Central Coast Caucus would make sure that no one gets to be president without the sign-off of some Californians. And it would remind the rest of the country that it only takes a small piece of our great state to conquer the world.

*An earlier version incorrectly referred to Salinas as the Central Coast’s most populous city. It is Oxnard.