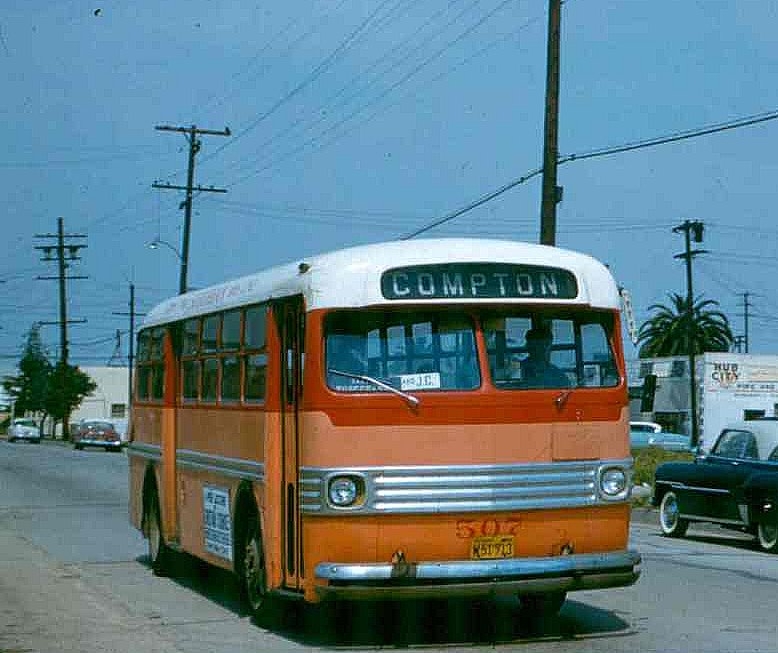 Don’t believe all the hype around Straight Outta Compton.

Reading about the new hit movie about the groundbreaking rap group N.W.A., you might think the biggest problem facing Compton is its unfair and outdated reputation for the violence and gangs that were the subjects of N.W.A.’s music. But today, Compton may have a bigger problem: the reality that it’s boring.

The Compton depicted in the film, which topped the box office in its debut week, is scarily entertaining—a mix of menace and schemes and murder. In this, it fits decades of screen and studio portraits of the city—“bodies on top of bodies, IV’s on top of IV’s,” as the Compton hip hop artist Kendrick Lamar has rapped. And the people? As the late Eazy-E put it in the title track of the 1988 album from which the film takes its name, “Straight Outta Compton is a brother that’ll smother your mother and make your sister think I love her.”

Give credit to these artists. Turning the small city of Compton—with just 10 square miles and fewer than 100,000 people—into a huge national brand and icon of the West Coast ghetto was one of the great marketing tricks of our age. But it’s a profoundly peculiar success. For all the artists name-checking Compton in studio and on screen, Compton itself remains almost entirely invisible in its own mythology.

Today, Compton may have a bigger problem: the reality that it’s boring.

The new film, typical of the Compton genre, is not really about Compton but instead about brilliant and ambitious music-makers who have left the city to make it big. Compton is invoked as the tough place that shaped them, but in the brief scenes set in the city itself, it doesn’t look that tough. There’s a conversation on the pleasant mall outside City Hall, shots of kids riding motorbikes down a street with nice lawns and houses, and a sun-splashed shot of a cemetery.

These are merely brief glimpses of the truth: The real Compton does not fit the ghetto cliché—and would surprise rap fans the world over if they were to visit. Yes, Compton is poor and has serious educational challenges (fewer than 60 percent of adults 25 and older are high school graduates). But it’s really a working-class suburb, defined by its single-family homes and neighborhoods like Richland Farms, with lots big enough for elaborate gardens. Only 19 percent of its housing is multi-unit, compared to 31 percent across California. And Compton’s south side, along the 91 Freeway, is a thriving industrial and business district that includes the corporate offices of leading grocer Ralphs.

While musicians have portrayed Compton as an upstart, it is actually one of Southern California’s oldest cities. Griffith Dickenson Compton and other pioneers came there in 1867 from Stockton. Throughout its history, Compton has served as a hub—its nickname is “the Hub City”—connecting the bigger municipalities of Los Angeles to the north and Long Beach to the south. Its residents included people who worked in the oil, aviation, and manufacturing industries that propelled Southern California forward in the 20th century. And the city is integral to the histories of generations of rising Southern California families—first poor whites, then African Americans in the post-war era, and more recently Latinos—who made their first homes there. (My own great-grandparents—Paul Mathews, a businessman, and his wife Nancy, a juvenile officer for the Long Beach welfare department—are buried in a mausoleum off Compton Boulevard.)

But Compton’s rich history has been obscured by decades of media reports on crime and gangs, racial and ethnic conflicts (first between whites and newly arrived blacks, more recently between blacks and newly arrived Latinos), and public official corruption. As a young Los Angeles Times reporter covering Compton early in the previous decade, I was one of those reductionist media sinners, focusing almost exclusively on corruption and mismanagement in the city, community college, and schools. People in Compton often argued, with good reason, that my focus was unfair, since Southern California has no shortage of cities with similar problems.

Then as now, Compton’s leading citizens have been eager to correct the many misimpressions of the city. Today, with the new film in theaters, they are making the case again on social media and via a website. The good news is the facts are on their side. Surveys show Compton is a good place to start a business (in part because of city assistance). It has a smart and strategic mayor and has seen sharp declines in murder and violent crime.

Compton must stop running from its gangster rap reputation (which, like it or not, is here to stay) and find creative ways to exploit it.

But, outside the city, the old impressions of Compton have held, and that’s not entirely the fault of reporters or rappers. Civic leaders talk so much about the negatives they’ve mitigated that they haven’t advanced a compelling counter-narrative of what makes Compton special. Recently, they’ve been touting the replacement of the local swap meet with a Wal-Mart, and the development of the Gateway Towne Center, a modern mall with all the same chains (Home Depot, Staples, Target, 24 Hour Fitness, Starbucks) you find just about anywhere. That desire for normalcy is understandable in a city too long associated with exceptional social ills. But it’s also boring.

Instead, Compton needs attractions and places that are entirely its own—and will draw not only its own residents but also people from around California. This ought to start with redesigning its shabby major thoroughfares—from Long Beach Boulevard to Rosecrans Avenue—to make them more inviting to pedestrians, bikers, and patrons of the many local small businesses there. The city could also take down decayed buildings that obscure the attractive neighborhoods and thriving parks just off the main drags.

Compton could turn problems into advantages. The media often dwell on conflict between blacks and Latinos, so why not push back by promoting cultural fusions that draw from African American and Latin American traditions? (I would make the drive more often if there were a restaurant serving, let’s say, great Southern barbecue enchiladas). Compton’s reputation gives it relatively cheap housing in an expensive region; why not exploit that affordability advantage to develop more housing, particularly around transit centers?

Most crucially, Compton must stop running from its gangster rap reputation (which, like it or not, is here to stay) and find creative ways to exploit it. On “Animals,” the best song on the new album Compton released to accompany the movie, Dr. Dre raps, “We need a little bit of payback.” So does Compton; wealthy entertainers who profited by telling the worst stories of Compton should devote their names and dollars to creating destinations in the Hub City.

Dr. Dre, who was both a member of N.W.A. and a producer of the new film, already has. He committed this month to donating royalties from the Compton album to establish a first-class performing arts and entertainment venue, with an attached youth center. The city has long desperately needed just such a space. And imagine other, related possibilities—like a professionally curated museum of hip hop or a top-notch school of the arts.

It’s time to build a Compton as interesting as its reputation.