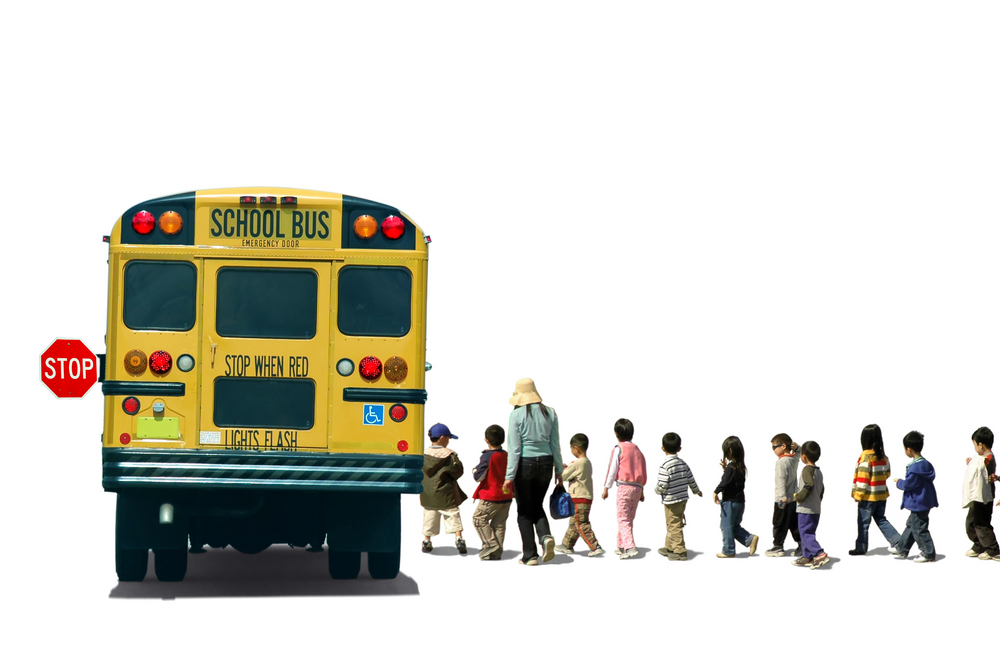 Nope. The line, which extended out a brick building for about a block, was just another group of California parents forced to prove, in this age of hyper-regulated childhood, that we actually live where we’re trying to send our kids to school.

With a new school year comes a new season of student enrollment, and registering kids has never been more fraught. After years of hearing all the talk about the centrality of educational access to California’s civic life, I’ve been surprised—and annoyed—to discover, as a father, all the hurdles to performing the simple act of putting your kid in a public school.

And so I found myself standing in that long line—just one step in the process of making sure my six-year-old had a seat in first grade. I wasn’t signing up for a charter school or a magnet school or any special program, but merely seeking to re-enroll him in the same neighborhood school, two blocks from our house, where he completed kindergarten in June.

To do that, I first had to renew my login to the online student system of our small school district in the San Gabriel Valley. Then, it took me two different Internet sessions, each about half an hour, to complete the online process of “student verification,” which includes checking information I provided last year (contact information, demographic data, etc.) and reviewing 17 different legal and regulatory documents, totaling 54 pages.

I’ve been surprised—and annoyed—to discover, as a father, all the hurdles to performing the simple act of putting your kid in a public school.

Those documents covered, among many other subjects: student record privacy; complaint procedures; lunch options; health rules; a notification that if I didn’t want my kid to show up in media reports on the school that I’d have to file an opt-out form; and my responsibility to help with homework and regulate my son’s TV watching. I had to read 32 pages of “California educational code parent notification requirements,” which included the obligation of “any pupil with a moral objection to dissecting or otherwise harming or destroying an animal, or any part thereof” to “inform his or her teacher of the objection.”

Once the online work was done, I then had to dig into closets and file cabinets to find a motley array of paper documents that must be presented in person. In all, I had to show one document from each of the following three categories:

Deed of trust
Mortgage payment receipt—dated within the past month
Rental/lease agreement, listing all names of occupants (including children), and the name, address, telephone number, and signature of landlord/management company.
Property tax bill—dated within the past year
Closing escrow papers

I have covered gubernatorial candidates who didn’t disclose this much. And there were significant caveats. No online telephone or cell-phone bills would be accepted. If you wanted to bring a pay stub, direct deposit forms wouldn’t be approved.

Not wanting to run afoul of the rules—and be forced to the back of the line—I took every document I could find, with the idea that if one was disqualified, I’d have a back-up. The district offered hours on three weekdays in August to do this at its central office. Fortunately, I had taken off the week in question, knowing that I’d have to deal not only with my 6-year-old’s enrollment, but also with hundreds of other pages of forms to cover pre-school and child care arrangements for my two younger sons.

While navigating these requirements is time-consuming and frustrating, figuring out whom to blame is even harder.

At first, I wondered if my district, prosperous and top-notch academically, might be trying to keep out riff-raff. But it turns out that school districts of every kind across the state have similar rules. (They tend to follow a 2011 state law laying out “reasonable” standards for such verification). Indeed, my district’s rules are parent-friendly and simple compared to districts that offer families various charter school and other non-traditional choices.

Given the recent history of California school finance, it’s hard to blame local districts for making sure they don’t allow people who live elsewhere to slip into their schools. During the budget crisis, the state routinely sent IOUs instead of cash to districts, and, in a bitter irony, the most recent state rainy-day fund expressly limited the ability of districts to save money. Local districts, including mine, have convinced voters to raise parcel taxes to fill state funding gaps, and must assure taxpayers that only local families are benefiting.

The zeal to make sure we all live within the right district lines is a form of statewide madness.

Even so, the zeal to make sure we all live within the right district lines is a form of statewide madness. Despite recent reforms, California’s educational system remains so profoundly centralized in Sacramento—basic funding, curriculum, and most major regulations come from there—that all 38 million of us live, effectively, in one statewide school district. And that makes it particularly frustrating that, even as parents are required to produce so much data to enroll their students, the state has shirked its own responsibilities to collect school data and make it available in useful ways.

Specifically, the state has been slow to build and fund its system for K-12 data. And Gov. Brown has resisted efforts to enhance the system; last year he vetoed Attorney General Kamala Harris’s attempts to add attendance data on students statewide, as a way of combating California’s serious problem with truancy. More crucially, California has failed to follow other states in building a longitudinal database to link individual data from preschool, community college, universities, and employment.

Brown has portrayed the collection of such data as an excess of school reform and as a state imposition on local communities. But such a database provides the best chance for scholars and policymakers to judge how the state is preparing tomorrow’s workers, and for teachers to identify ways to improve. And a comprehensive database potentially could relieve school districts, and parents, of some of the hassles of asking, over and over, for the same information on students.

In line at the district office, I waited nearly an hour before reaching the room for residency verification. First, I had to produce a driver’s license. Then I was directed to a second table where, after a few more minutes, my documents were reviewed, and I was told my child was enrolled.

But three afternoons later, I got an email and robo-call from the district saying my child wasn’t enrolled. I raced to the district office, but no one could help me. So I went to the elementary school. The door was locked. I knocked, and an administrator answered and let me in when I explained the situation. She checked her computer, and said everything was in order.

The email and phone call had been just another glitch in a system that doesn’t make much sense at all.