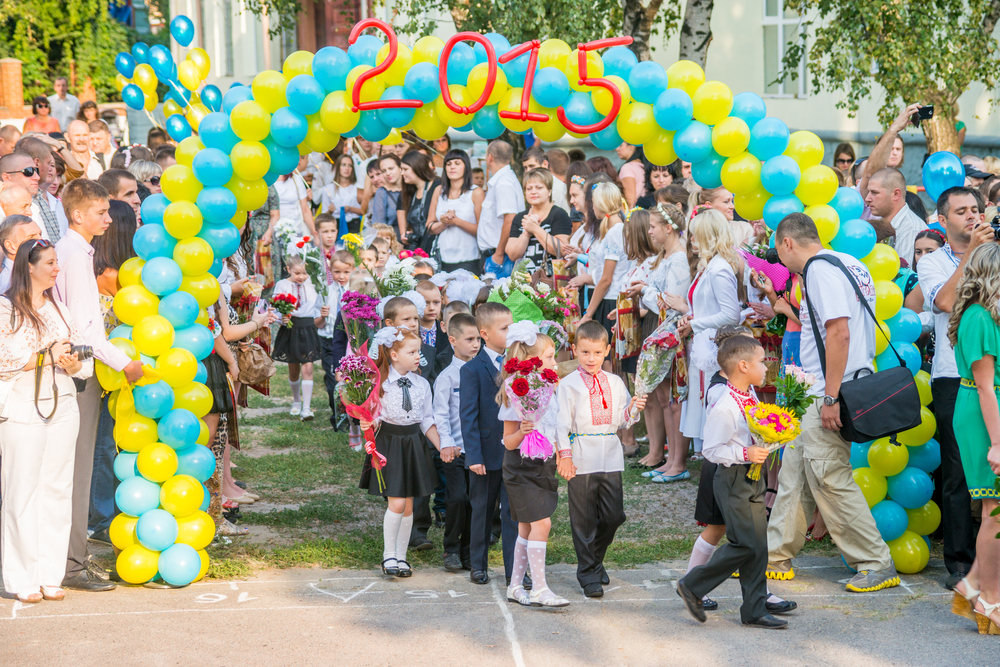 Have you made your New Year’s resolutions?

No? What are you waiting for? Labor Day is upon us.

September sneaks up on us every year to interrupt the languid days of summer, like a bell being rung to signal the end of recess, a return to work and to seriousness. ’Tis the season to be purposeful.

September is the first month of the rest of our lives. The day after Labor Day should be proclaimed our real New Year’s Day. So what are you going to do with the rest of your life? Or at least with the coming year? At least go out and buy yourself one of the many calendars or planners that starts with the fall—believe me, it isn’t just students purchasing them.

What are you going to do with the rest of your life? Or at least with the coming year?

We talk about the “school year” starting now, but I am not sure why the qualifier, why the undue deference to January. Nothing ever really starts in January, a dreary post-holiday hangover of a month. It’s no wonder that month’s resolutions usually fail to gain any traction.

I was reminded of how hardwired we all are to think and act in terms of academic years while enviously watching my fifth-grader unpack his new supplies the other day at his school’s open house. All those new pencils, pristine notebooks, and binders ready to entertain new scribbles and doodles. I’ll never forget that excitement of getting new notebooks each fall, writing my name on them, and struggling to keep the starched paper from sticking together initially.

In college, I used to love picking up the books for each course (well, except for the moment I had to pay for them) and I’d make the most of our initial “shopping period,” when you could wander in and out of any class, as if sampling a grand buffet, before finalizing your semester schedule. The possibilities were endless.

But fall isn’t only about going back to school. Every workplace I have ever worked at has treated the fall as the true beginning of the year, when new projects are launched. Fall marks the start of a new football season (both of the American and English varieties), a new TV season, and a new budgetary year for the federal government. It marks the arrival of new fashions (check out how fat those magazines are!), new car models, and of more purposeful movies and weather. In certain latitudes, the fall brings a crisp air that chides you into reaching out for your long-neglected sweater or jacket—but without the malevolence of winter.

In September, I still believe, every year, that my Steelers and Gunners will go all the way in their respective leagues. Even Cleveland Browns and Tottenham Hotspurs fans can be hopeful in September. Heck, even those teams’ players can be hopeful this time of year, at least for a few weeks.

This new year I am also excited to check out Stephen Colbert’s debut playing himself on late-night network TV, and the return of the Muppets to primetime. Don’t bother asking me what’s new, what I am excited about, come January. I couldn’t tell you.

Could the NFL, Hollywood, Uncle Sam, and Judaism all be wrong about the true beginning of the year? I don’t think so.

Rosh Hashanah, the Jewish New Year (“head of the year”), commemorates God’s annual renewal of the world; this year it starts at sundown on September 13. Most Christian denominations used to set the beginning of their liturgical year in September as well; the Eastern Orthodox still do. Back in their heyday, the Phoenicians and Persians were also civilized enough to realize New Year should be celebrated in the fall.

The theme of renewal is why it’s important to celebrate the arrival of a new year on a personal level, by taking stock, and by setting new goals and resolutions. I can’t guarantee you will succeed in shedding all those pounds, learning Arabic, and becoming your community’s leading volunteer—all the while increasing your productivity at work.

The important thing is to try, whatever your resolution may be. Then try again.

And to start your trying now, not in January.