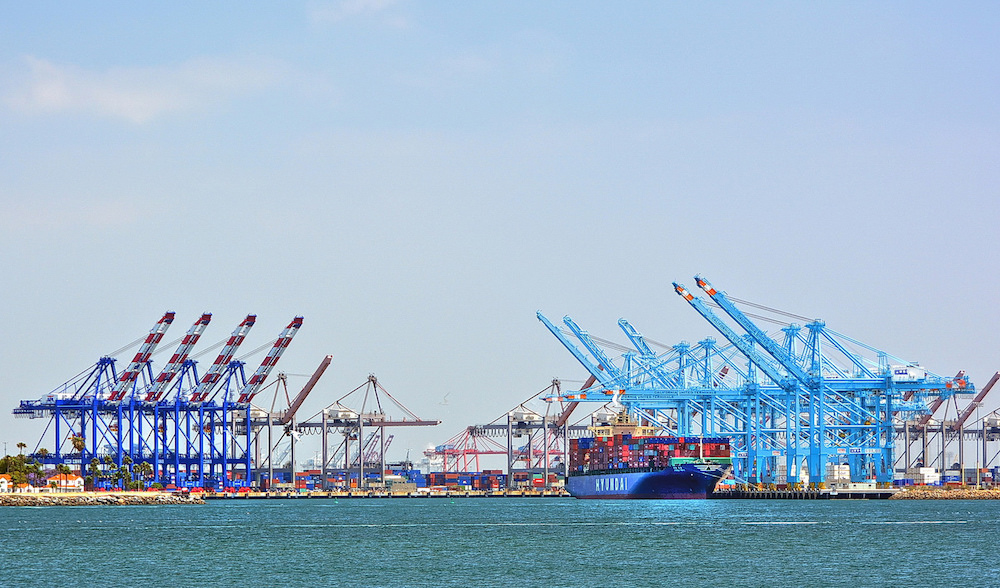 While the political battle over the future of the Export-Import Bank of the United States reaches fever pitch in the Senate, exporters in California and across the United States keep pursuing opportunities in overseas markets. They are often hobbled, however, in their efforts: The expiration of the Ex-Im Bank’s mandate on July 1 significantly complicated the ability of businesses, particularly smaller ones, to finance their export operations.

The House voted to reauthorize Ex-Im Bank on October 9, but Senate vote is still pending. Even if the bank were reauthorized, it would likely be mired in political jostling for years to come. The time is right for the state of California, one of the world’s leading exporters, to consider alternative financing mechanisms for its exporters—rather than allowing them to be held hostage to Washington politics.

Established in the wake of the Great Depression to boost American exports, the Ex-Im Bank has offered a number of instruments. Among them are export credit insurance (to protect American exporters against the risk that the foreign buyer fails to pay for an export order), guarantees on working capital loans to exporters (to encourage banks to lend to exporters at favorable terms), direct loans for small exporters, and credit for foreign buyers of American products who often struggle to get adequate financing from lenders in their respective countries.

Supporting exporters is good public policy. Exporters are the best of American businesses: They are widely found to outperform non-exporters across a range of metrics, from productivity to workforce stability and wages. They also are important employers—according to the Commerce Department, exports supported 11.7 million American jobs in 2014. And exporters basically kept the U.S. economy afloat at the height of the 2008-to-2009 financial crisis, when our own consumer spending plummeted.

Opponents of the Ex-Im Bank typically argue that the bank merely provides corporate welfare to large American companies such as Boeing or General Electric that don’t need it to access capital. But most Ex-Im transactions are for small businesses that have a harder time accessing, or offering customers, credit on their own. And closing an export credit agency amounts to shooting yourself in the foot: Practically every country in the world has such an entity to buttress exporters, precisely because of the jobs and growth they generate.

The stakes are significant: access to capital is a big deal for export-driven companies. In a recent survey of U.S. middle-market companies, 49 percent cited a lack of capital as a key constraint on pursuing exporting. Only difficulties finding talent for export operations ranked higher on companies’ list of challenges.

With the future of the Ex-Im Bank very much in question, companies in California and across the country are scrambling for alternatives. Of course, companies that are willing and able to pay up can get pricier trade credit insurance and loans elsewhere. But without government guarantees, banks are reluctant to get involved and loans become a great deal costlier, especially for the riskier small business borrowers. With exporters already battling the headwinds of the strong dollar, which makes U.S. goods more expensive overseas, the loss of the Ex-Im Bank is especially ill-timed. The Small Business Administration (SBA), which offers expanding amounts of loan guarantees to small business exporters, can bridge gaps. However, SBA so far has not offered credit insurance or loans to foreign buyers of U.S. goods.

This is where California can turn this challenging moment for American exporters into a competitive advantage for the state. California’s merchandise exports were $174 billion in 2014. If it were a country, California would be the world’s 28th largest exporter, right after Turkey. More than 75,000 California companies export—96 percent of them are small businesses—and the state’s exports support more than 775,000 jobs, nearly the population of San Francisco.

California should act to alleviate the constraints facing small businesses in global trade—and even mount an export credit agency of its own.

Such an entity would not be new. From 1985 to 2003, California operated a state program called the California Export Development Office (CEFO), which assisted California-based small business exporters with loan guarantees. Initially funded with a mere $2 million from the state’s general fund, the office consistently performed well and grew to $10 million before succumbing to budget cuts in 2003.

CEFO offered 90 percent guarantees on three types of export-related loans in support of California exporters—and did so at more flexible terms than those offered by the Ex-Im Bank. The transactions were tailored for small companies: The maximum guarantee was $750,000. The state office also raised awareness among new exporters about the additional expenses involved in foreign trade so that the firms could plan accordingly.

CEFO was considered adept by lenders and exporters alike. Both bankers and borrowers I have spoken to about it remember it as user-friendly, nimble, and focused on helping companies that needed credit enhancements most. The program served as inspiration for SBA’s finance programs.

It is time to bring back such a state export-financing agency. A resurrected CEFO—call it CEFO 2.0—could go beyond its original iteration: For example, it could also offer trade credit insurance, and start offering credit for overseas buyers of California products and services. It could even help small business exporters tap into equity funds for growth capital, just like Export Development Canada, the Ex-Im’s cousin north of the border, has done.

The last thing California needs is a lazy and bloated bureaucracy that eats taxpayer dollars faster than we can feed it. But a smartly-designed California export-financing agency could be a self-sustaining, money-making entity. The Ex-Im Bank would also support California’s hard-working globalizing businesses and our state’s economic competitiveness.