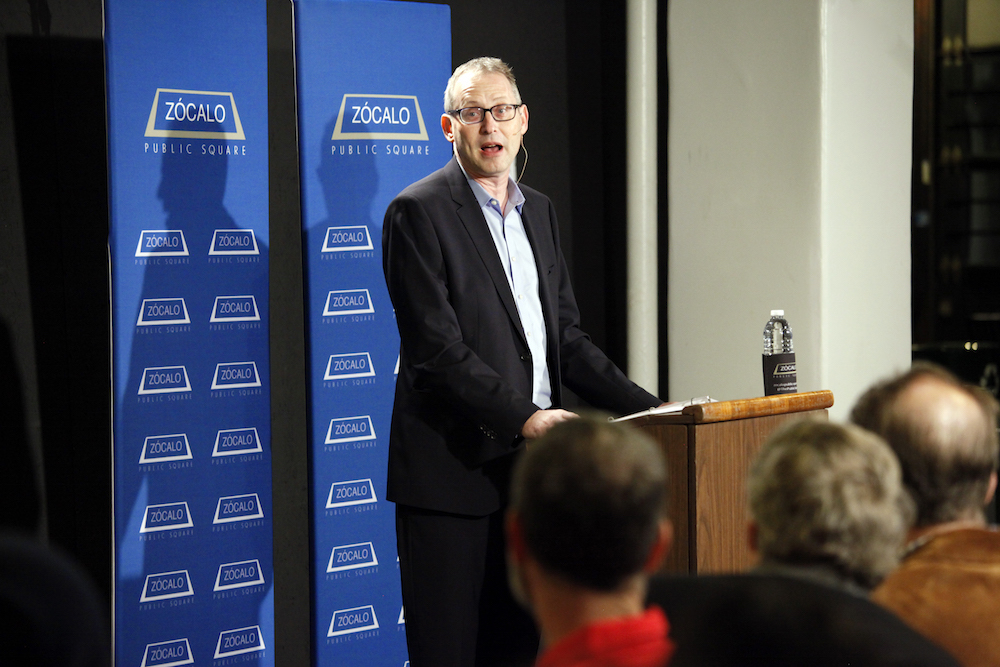 That was the main message of Zócalo’s first event of 2016, a talk by Richard L. Hasen, the Chancellor’s Professor of Law and Political Science at the University of California, Irvine, and the author of Plutocrats United: Campaign Money, the Supreme Court, and the Distortion of American Elections. In front of a full house at Los Angeles’s Grand Central Market, Hasen broke down the nuances and complexities that are often missed in discussions of campaign finance, and what he believes are the key steps to limiting money’s current outsized influence on the political process.

Who could blame Christie the candidate, asked Hasen, for his obsequiousness? Adelson represents a small group of super-elites who contribute most of the money that goes into presidential campaigns. In the first part of the 2016 election campaign cycle (through June 2015), just 158 families and the companies they own or control contributed nearly half the funds that were raised to support presidential candidates. Adelson himself spent upward of $150 million on the 2012 election—only a third of which was reported to the Federal Election Commission.

And yet, Hasen pointed out, the Republicans who raise the most money aren’t winning elections. Newt Gingrich, a huge beneficiary of Adelson’s spending in the 2012 presidential race, didn’t become president. Jeb Bush, whose super PAC raised more money in the first half of 2015 than President Obama’s main super PAC did for the entire 2012 election cycle, still trails in popularity behind Donald Trump, who has spent just a fraction of Bush’s campaign.

This goes to show, said Hasen, that money isn’t corrupting 21st-century elections in the way that liberals claim it has since the landmark 2010 Supreme Court case Citizens United v. Federal Election Commission removed restrictions on campaign financing. “The new Citizens United era is not full of politicians taking bribes or elections going to the highest bidder. To claim this puts the spotlight in the wrong place,” he explained. “The more central problem of money in politics is something just as troubling, but a lot harder to see. It’s a system in which economic inequalities, inevitable in a free market economy, are transformed into political inequalities that affect both electoral and legislative outcomes.”

He went on to detail how this system plays out in subtle, granular ways. Money skews public policy toward the interest of the wealthiest political donors, for instance. Even the threat of big money being spent against a person or cause is enough to influence policies, Hasen contended.

And while expensive advertising alone isn’t enough to sway well-informed and engaged voters, “we know that in a close election, advertising can swing voters, who are generally the least informed,” he said. And that can influence election outcomes.

Hasen contended that money’s influence on politics is only growing and creating greater inequality. But there are ways to reform the way we handle money in politics—without completely overturning the Citizens United ruling.

The challenge, Hasen said, is toeing the line between promoting political equality and “not squelching too much political speech”—i.e., imposing censorship. He proposes creating a voucher system in which every voter in an election is given $200 to donate to whatever campaigns and interest groups they please. The idea is to guarantee public funding that goes into what people actually care about.

On top of this voucher system, Hasen would like to impose a $25,000 cap on campaign spending per federal election—and a $500,000 cap per two-year election cycle. This limit would apply to candidates themselves, and any combination of individuals’ contributions to organizations and direct contributions. Overall, the limit would affect very few voters, but would keep the exclusive group that has an outsized influence in check.

In a lively question-and-answer session, Hasen elaborated on his vision for change, reflected on the media’s importance in educating voters, and underscored how important the upcoming election is in determining the country’s future—largely because of the influence it will have on the Supreme Court. Considering the advancing age of many of the justices, the next president is likely to appoint multiple new members, which Hasen notes will give the president immense power over many issues, including election financing.

If Hasen had to boil his overall project down to a single mission, he said, it would be “trying to show these new justices that the time has come to rethink 40 years of mistakes, and to accept that political equality is a reason for limiting money in elections, so long as it can be done in a way that has the ability to protect First Amendment rights of political competition.” 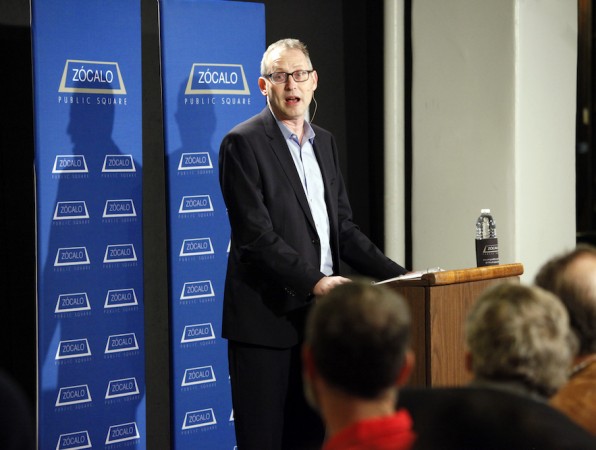 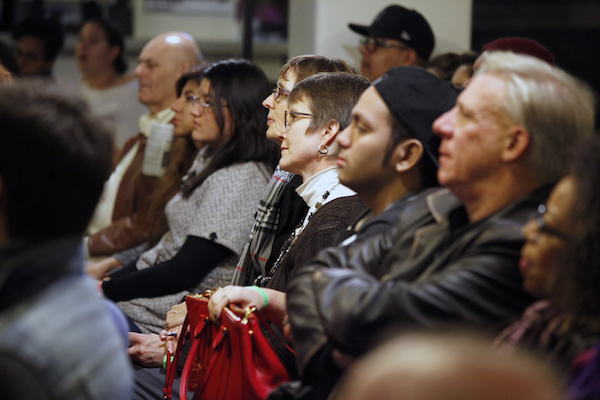 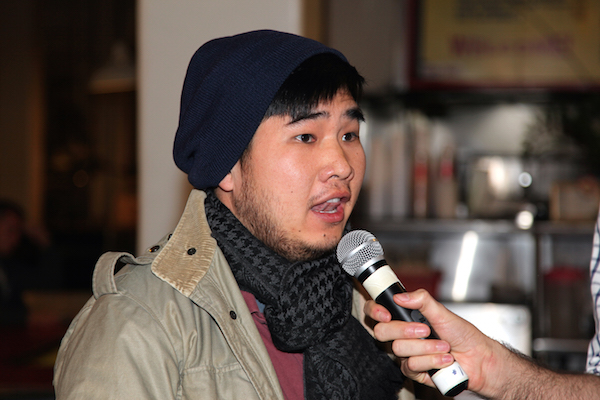 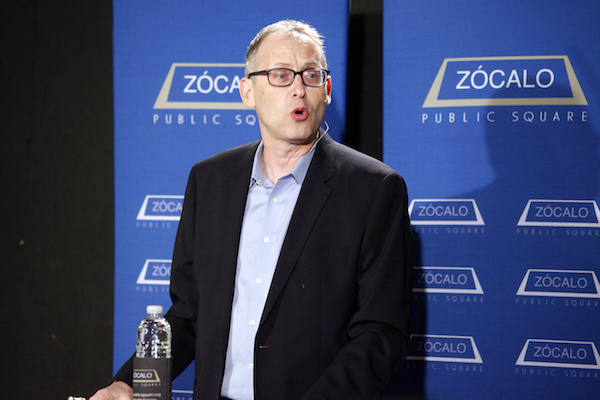 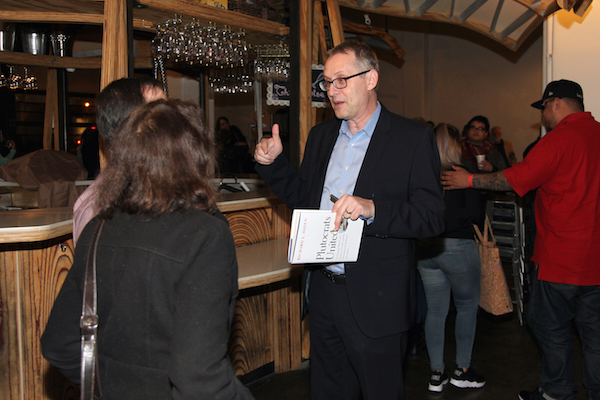 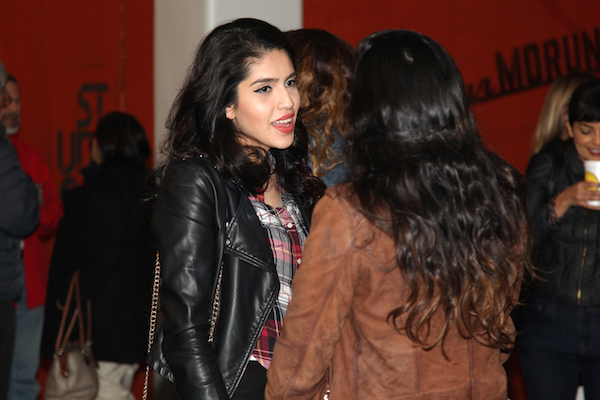