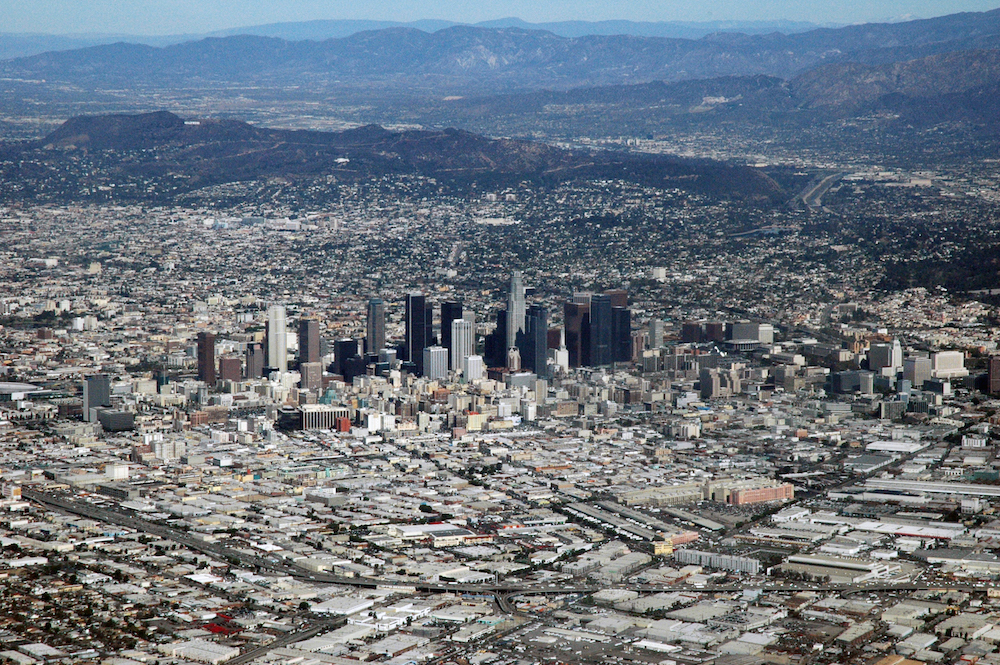 After I married a Brazilian, I learned the Brazilian concept of vira-lata: flipping over the can. Vira-lata (trash-can tipper) is the name for mixed-breed dogs without owners who knock over trash cans in search of food. Vira-lata has become shorthand for what Brazil calls its “mongrel complex” of being a mixed-race nation dining on the scraps of the establishment, always skirting the edges of power.

I relate to the concept because I, too, grew up on the edge. I used to say that I’m “from L.A.,” even though I’m not really from L.A. I’m from Temple City, a suburb 12 miles east of downtown L.A. I thought I was alone in claiming the middle from the edges until I met my husband, who says that he’s “from São Paulo,” even though he’s from Hortolândia, about 75 miles outside of São Paulo.

Over the course of our courtship and holidays, events and happenings, I’ve come to appreciate the similarities between the edgy outskirts of the two mega-cities, Los Angeles and São Paulo. These flat, temperate, nearly endless expanses of homes are new, are growing, and are housing the future.

Globally, city outskirts are considered dangerous places and here in the U.S., with the luxury condos being built in American inner cities, poverty is increasingly appearing on the fringes. As a double citizen of these suburbs—by childhood in Temple City and by marriage in Hortolândia—I have a more sweeping and more positive view. For me, the fact that these places are vira-latas, places that flip realities, is a sign of their strength.

Most of what we call the new urban culture, from the U.S. to Brazil, is really suburban culture. The trendy food eaten in downtown L.A. or downtown São Paulo is the food developed on the outskirts: ramen burritos, fried eggs in soup, arroz e feijao, spam tacos, yucca fries. In sprawling megalopolises like Paris and our hometowns, suburbs are often where you can find the most interesting graffiti and music. Suburbs are—away from the gentrified core of these cities—where many young people and ethnic minorities are. In the suburbs, the rent isn’t too high, but the possibilities can seem endless. 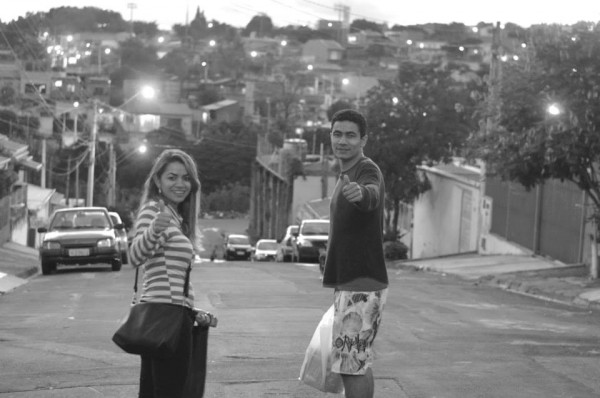 The author’s sister-in-law and brother-in-law at the top of their block in Hortolândia.

When my husband and I were growing up in Temple City and Hortolândia in the ’90s, both of our towns were lower-middle-class havens of young families and small public schools that had been built on agricultural land (Temple City on citrus orchards, Hortolândia on sugar cane fields). The São Paulo cities of Sumaré, Paulínia, and Jundiaí are comparable to SoCal’s Diamond Bar, Fontana, and Pomona: freeway off-ramp slates that grew to become hot real estate. Incorporated in 1960 and 1991, Temple City and Hortolândia saw whole neighborhoods pop up in uniform adobe. And then they appreciated in value. The Temple City house bought by an Okie 60 years ago for $50,000 will sell today—in cash—for $900,000. In Hortolândia, what sold for 30,000 Brazilian reais 15 years ago sells for 190,000 reais now.

Like many suburban families, both of our families are mixed race. My husband’s father was white Brazilian and his mother is black Brazilian. My father is Irish-American and my mother is Nicaraguan-American. It’s funny—in our wedding picture there is no way to truly tell who is an Oliveira and who is a Goulding. Or who is an Angeleno and who is a Paulistano.

For many in our edge cities, making it is to moving to the next big suburb over. Hortolândia is to Campinas what Temple City is to Pasadena. You go there to go out. You go there to work. Many people in Hortolândia work as domestic support staff in neighboring, more affluent suburbs. With the gridlock of the Sao Paulo region—which makes L.A.’s freeways at rush hour look like a carousel ride—a simple 10-mile ride takes an hour and a half, each way.

Growing up, my husband and I had little concept of places that weren’t as liquid as our cities of origin. We didn’t know those stable places where people weren’t from somewhere else. During my husband’s MBA program, we lived in Charlottesville, Virginia, in rural Albemarle County. That is, the middle of nowhere. After a couple months of barbeque and baked beans, we were going a little nutty. There is a comfort in the buzz of people you find on the edge.

And so we return to Hortolândia or Temple City as often as we can. There, people know about our lives. They know all about our baby boy, Caetano; they know his name, and his age. They pass him down the block like a football, and proclaim, “Que fofo!” How sweet! People even come and visit in the living room—in an era of Facebook and Twitter, that’s refreshing.

In Brazil, “suburban” is a derogatory term. Suburban skinny jeans have high, elastic waists to make room for bigger booties. Suburban shoes have glitter rhinestones, and sparkle. Suburban salons have deep conditioners for curlier, coarser hair. What suburban really means is favelado—from favelas, the slums on the urban outskirts of major cities. When they were first founded, favelas and their better-dressed cousins—small new satellite cities with paved roads and mayors—advertised their new cities with “Tem água. Tem luz.” There is water here. There is light.

People debate the future of the suburbs. Some still consider them the bright corners of the American and the Brazilian experiment. Others think that they’re boxy, and wasteful. That can be true. But with 53 percent of the world’s population already living in cities, and with the cost of living in urban centers rising, what happens as more people move out to the edges of the cities, to places like Temple City and Hortolândia, by de facto? The debate shouldn’t be whether or not people live on the urban edges, but how they live there.

Two years ago, my sister-in-law opened a corner shoe store in Hortolândia. Business has been slow. But there is hope that, as more and more urban dwellers move out, it will someday be busy. And that’s what makes the time pass. She sells shoes to her neighbors, and they all know her by name. This July, when our visit came to an end, a neighbor saw us leaving her store and yelled, “Deus te abençoe!” 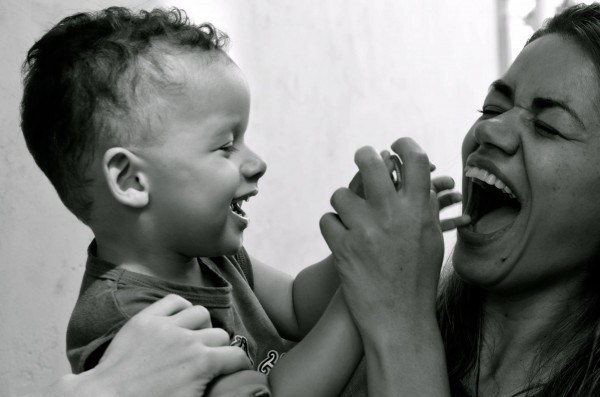 The author’s sister-in-law with her son, Matheus.

What is a richer gift on these prodigal journeys? What else can we give to our son, besides that wild sense that he can be what he wants to be? That he can play under big, shady trees? That he can be happy, on his own terms? That he can come, and go, and be, and remain?

A hundred years ago, Brooklyn and Silver Lake were the suburbs of New York and Los Angeles. Who knows what will become of these new suburbs of suburbs. Now, as back then, they remain places for breathing deep, and dreaming big. In the suburbs, você pode virar a lata—you can turn the can over, and make a whole new life.