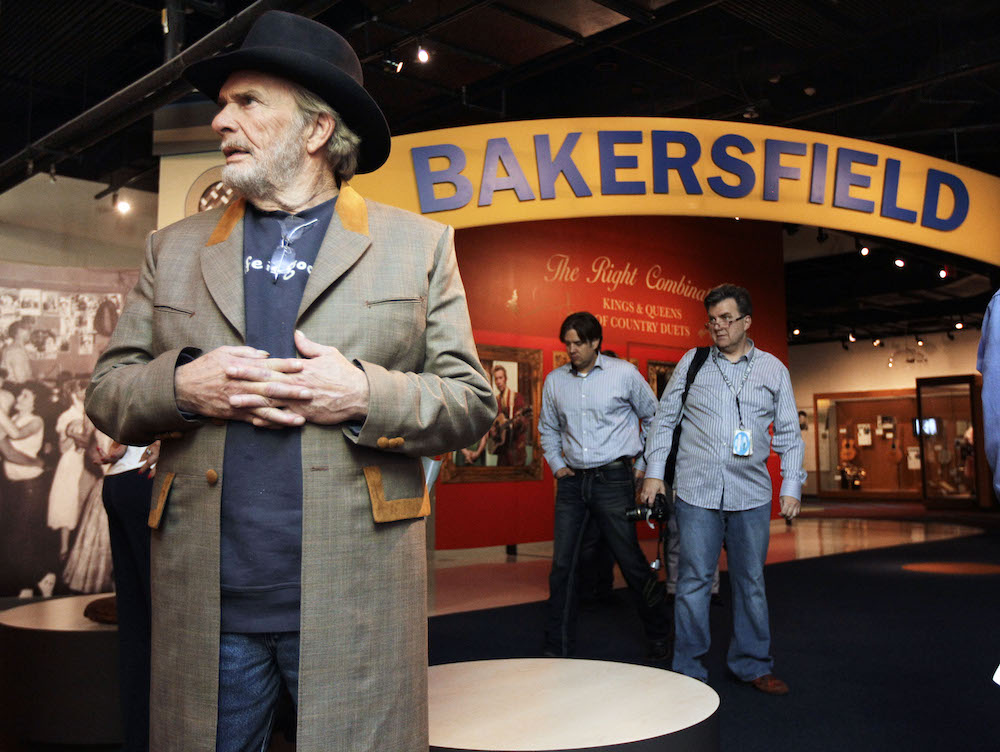 Can you imagine Southern California without Hollywood? Or the Bay Area without Silicon Valley?

No? History suggests that the identities of cities and regions are more fragile, and their central industries more perilous, than we care to admit. (Just ask former Detroit autoworkers.)

So it’s well within the realm of possibility that Los Angeles’ entertainment industry, already struggling with shifting business models and technology that allows film production just about anywhere, could be a much smaller part of life here in the near future. And Silicon Valley? Here’s a nightmare scenario: What if the security state escalates its current war against Apple to the point that technology companies relocate headquarters to countries with laws that protect their businesses and their customers’ privacy? Heck, they may even be able to lower their taxes while they’re at it.

These dark thoughts occurred to me while reading a smart new book about a different California place—Bakersfield—and its identity as a capital of its own brand of country music.

The Bakersfield Sound: How a Generation of Displaced Okies Revolutionized American Music, by the editor of the Bakersfield Californian, Robert E. Price, is an entertaining piece of music history, essential for those of us who are fans of outlaw country and its greatest San Joaquin Valley musicians, Merle Haggard and the late Buck Owens. But the book also says something more profound—and troubling—about how places come to be hotbeds of a particular enterprise, and how they can lose that identity.

Bakersfield became a country music capital through both accident and intention. The accident was the Dust Bowl, which brought environmental refugees to Kern County in the 1930s and ’40s. The migrants were outsiders among Bakersfield’s elites, so they mixed with each other and other outsiders—creating music in the post-World War II years that was informed by what Price calls “a synergy of economic hardship, determination, kinship, and dumb luck.”

Haggard’s special talent and paranoia, the latter earned from spending a third of his young life behind bars, also were crucial to inspiring the Bakersfield sound. Location helped; Bakersfield is close enough to Los Angeles to benefit from its energy and musicians, but far enough away not to be infected by its glossiness. And technology played a role, too, with the invention of Clarence “Leo” Fender’s Telecaster, the guitar that produced the rough, uncultivated, rock-infused country that became known as the Bakersfield Sound.

The intention involved the creation of infrastructure to support a community of musicians. In Bakersfield, that infrastructure consisted of the honky tonks, starting most crucially with Joe Limi and Frank Zabaleta’s north side place, the Blackboard, and growing to more than 20 clubs with live music by the 1960s. Bakersfield’s musicians had audiences and gigs to pay the bills.

These musicians also had a common enemy in Nashville’s establishment, the home of popular country music, which produced a warm, rich sound against which Bakersfield’s “small town belligerence” clashed. The distance from Nashville and the outsider status of the Bakersfield musicians fueled creativity. (Hollywood’s founding is a similar story, with moviemakers heading west, far from the brutal goons that New Jersey’s Thomas Edison employed to enforce his many patents on technologies related to motion picture technology.)

But here’s where the story of the Bakersfield Sound becomes its own sad country song. How did Bakersfield lose its status as a capital of country? The problem: Bakersfield’s infrastructure didn’t develop as deeply as it would in other places—like Nashville—where “saloons (or art galleries) beget restaurants, which beget jobs, which beget hotels, which beget apartments and markets and home improvement stores.”

In his book (and over a recent lunch at Woolgrowers in Bakersfield), Price suggested that maybe rich folks, or the oil industry, could have supported that infrastructure, but never did. Another factor was a change in society, cited by the longtime Bakersfield music engineer Jim Shaw: the rise of Mothers Against Drunk Driving, which made a night of drinking and driving between honky tonks a dicier proposition.

The other problem, paradoxically, was the success, and expansion, of the Bakersfield Sound. Other places, other musicians, and other genres borrowed and incorporated elements of it. Price shows how “the Bakersfield Sound never really died … [A] big chunk of it up and moved to Texas,” where you can still hear it on Austin’s Sixth Street. And KWMR, a radio station in Marin County, of all places, keeps the sound alive with its program, “Bakersfield and Beyond.”

Bakersfield still has a music scene, but it’s harder to find. Buck Owens’ Crystal Palace remains a vital venue for country; Trout’s Nightclub is still around. I’m a big fan of Jerry’s Pizza and Pub downtown, where owner Jerry Baranowski, a sharp-talking Polish immigrant, says he hosts two kinds of musicians: the very good and the very local.

Price identifies two lessons for communities: First, cities need to develop strong identities. And second, they can never allow that development to stop, even after they’ve created a culture or industry so central to their identities that it wouldn’t seem to need nurturing.

“Every American city, whether it prides itself on its public sculptures or deep-dish pizza, on hot-air balloons or woolen jackets, on abundant trout streams or Greek architecture, needs to develop that identity, or if it has been allowed to escape, remember what it once was,” Price writes, adding: “It’s a conversation Bakersfield should have initiated decades ago.”

It’s an especially important conversation in California—precisely because we are so defined by industries that rely on ideas, stories, and art that can leave our state in the blink of an eye. The promise of our creative industries is also its peril. These days, you can write code, make movies, or hear the Bakersfield Sound just about anywhere.