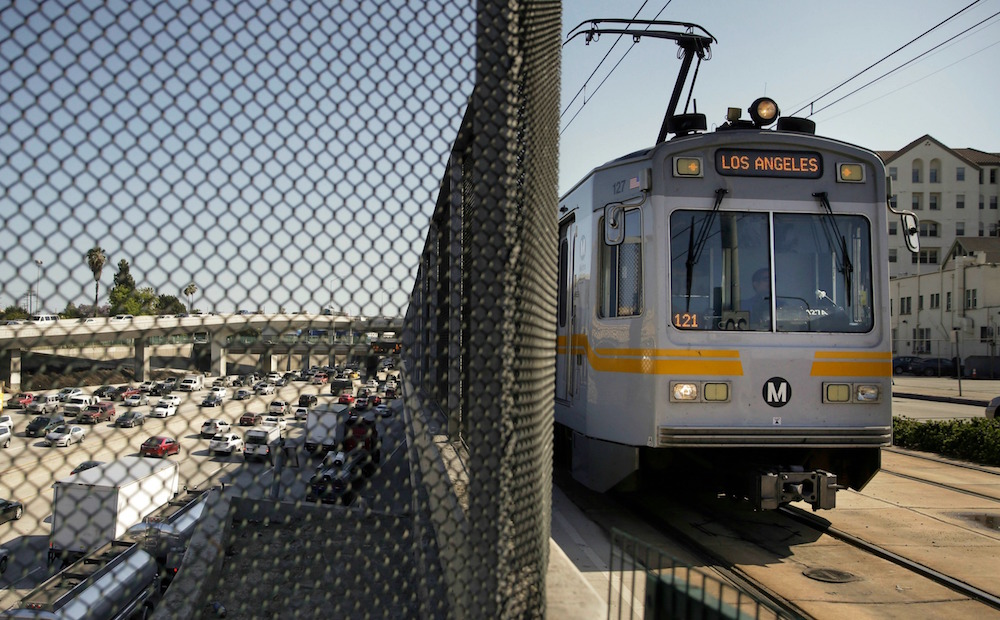 What will the railroad bring us?

That was the question Henry George sought to answer for California in his famous 1868 essay, “What the Railroad Will Bring Us,” on the eve of the transcontinental railroad’s completion. The renowned political economist’s vision—that the railroad would help make California a global giant of business and trade—was so prescient, it was taught in California schools well into the 20th century.

Now the question is timely again for Californians, as Metro in Los Angeles County opens two new light rail connections—one through the San Gabriel Valley this Saturday, the other connecting downtown L.A. to a station four blocks from the beach in Santa Monica on May 20.

That Southern California, of all places, is leading the way in building new rail links (and there will be many more new lines, funded by local sales taxes, opening in the years ahead) suggests we have entered a new era of California transit. It also raises questions about the rest of the state

Will the Bay Area further develop its expensive and union-plagued BART system, including adding a second tunnel under the bay? Will San Francisco ever revamp its embarrassingly slow and dirty MUNI system? How can San Diego best expand its trolleys, and Sacramento its light rail? Can the Inland Empire, the 13th largest metropolitan area in America, raise its transit game? And when will greater Fresno, more than one million people and growing, realize it’s a major American city in need of a real urban transit system?

For now, progress outside L.A. is slow. Maybe that’s because as we consider the possibilities, Californians are asking questions the wrong way. Journalists, environmentalists, and other boring people obsess over the math—what new rail lines might cost us in dollars or what they might save us in traffic or car trips. That’s a losing game—traffic is driven by large, hard-to-predict trends—in the nature of work and technology, in telecommuting patterns, in immigration levels, in the aging of the population, and in the price of gas.

The smarter, more inspiring question about transit projects is George’s old one: What new things do these new rail lines bring us? Do they connect us to places and events in powerful new ways? Do the trains provide comfort and reliability? Is riding the rail a compelling experience in itself that it changes us?

For me, these questions are urgent and personal. I spend as many as four hours a day commuting by car. But the new rail lines could change my life. I live five blocks from the Metro Gold Line, which is opening its 11-mile extension through the San Gabriel Valley to Azusa this weekend. And my office is in Santa Monica, seven blocks from the terminus of the Expo line extension that opens in May.

What might the light-rail bring me? The promise of a healthier, more productive, and more fun routine.

Riding the trains to work could take 90 minutes, with two changes between lines, but that’s no different than driving takes me many days. If the trains are on time, the commute will be more predictable than it is now. And so I’ll start riding the trains with the following hopes. I hope I’ll get more exercise from the extra walking to get to the stations. I hope I’ll be able to read and get work done in transit. And I hope that, as I don’t have to spend as much time in the evening working, I can sleep more and spend more time with my family.

On weekends, I want to ride the new Gold Line to the east with my three train-crazy boys, and explore places near the new stations. Tops on my list are playtime at the Santa Fe Dam Recreation Area and Friday nights at the Family Festival on Myrtle Avenue in Monrovia. I could even see an old-school date night for surf-and-turf at the Derby (the horse players restaurant once owned by Seabiscuit jockey George Woolf) if the owners were to grant me and other rail riders a special exemption from the dress code.

This is what the light rail could bring us. The Gold Line extension could make Azusa Pacific, an ambitious Christian university at the end of the new line, a bigger factor in civic life here. It should allow more people to discover, or re-discover, the enchiladas at La Tolteca in Azusa, the Justice Brothers Racing Museum in Duarte, the old movie theater (now a 12-plex) in Monrovia, and the Santa Anita Park race track, and the 626 Night Market in Arcadia.

The Expo Line could be even more transformational. It’ll get you to the beach or the Santa Monica Pier without a car. The delicious Japantown along Sawtelle Boulevard, a spot to be avoided if you drive, should see a surge in customers with the nearby Pico/Sepulveda stop. And more people will find their ways to art shows and studies at the Bergamot Station arts complex, which has its own stop on the new line.

Of course, none of this is guaranteed. Metro needs to make sure the trains are safe, reliable—and, most of all, fun. The new Gold Line cars looked great in a recent preview, with big windows and comfortable seating. And on the Expo Line, those trains better have strong Wi-Fi and maybe tables for us working commuters.

I’m most excited about the surprises that these new rail lines—and other lines under construction—will bring us in the future. What new communities, new downtowns (the city of Duarte sure needs one), new businesses, and new friendships might emerge of which we can’t conceive? What new ideas might come from, say, a doctor riding to her job at the City of Hope meeting a Caltech computer scientist on a Gold Line train?

Re-reading “What The Railroad Will Bring Us,” I was struck by how George, even in making grand predictions about California’s future, underestimated the cultural and economic impact of the railroad. Yes, he correctly saw San Diego becoming a vital second city of California. And he was right that the Bay Area would become a future global capital of commerce.

But he never once mentioned Los Angeles. It was unimaginable then that such a small town could become our greatest city, now featuring the best public transit in the state.